Why the Growth in Foreign Investment? Latin America 2017

With economic growth in the United States still slow and Europe’s major economies facing high levels of uncertainty in the short term, 2017 is set to be another year when companies actively consider and choose Latin America as a destination for their international investment and expansion.

One needs to consider the following things before investing in Latin America;

In the first of two articles, Fernando Merchan, Group General Counsel at Biz Latin Hub, looks behind some of the region’s headline growth figures at some of the key issues which in-bound management teams should consider as they plan for 2017.

The Continent’s Growth Profile: Three Stories In One

When it comes to overall growth across the Latin American region, analysis from the IMF and the World Bank concluded that after 2 years in which growth in the region fell; growth of between 1.5 and 1.8 is predicted for 2017. The reason? The price of commodities. Commodities remain the main factor for both the positive and negative performance of Latin American economies. In the last 4 years, the price of grain, precious metals, electricity, beef, oil and natural gas, have fluctuated dramatically. In general terms, prices of the majority of these products have been consistently falling – with a knock on impact on other areas of local economic activity and government spending programs.

When you take a look at the wide variety of performances between different countries, you get a sense of the real picture. In its latest analysis, the Economic Commission for Latin America (ECLAC) concludes that, broadly speaking, the further north you go in the continent, the better the economies perform. In fact, the region divides clearly into three zones of growth and opportunity; the good economies experiencing solid growth, a second group of countries performing less well and a third group which remains very weak and uncertain.

In some parts of the continent, countries like Brazil, Venezuela, Ecuador and Chile are producers of certain goods whose prices have been decreasing since 2012, contrary to what happens in the North and Central part of the region, where countries are usually net importers of those products at current low prices. This distinction heavily benefits some economies and negatively affects others.

When looking at the commercial balance of trade or net exports of certain countries in the LATAM region, the difference between the value of some nations’ exports and imports is clear and demonstrates why some countries are doing better than others. For instance, Venezuela and Brazil import more than they export and thus report a trade deficit. If we add to this the fact that these countries exports such as oil and other commodities, are currently trading at low prices, we see why growth in those economies is under such pressure.

By contrast, countries such as Dominican Republic, Panama and Perú, are exporting more than they import and report a trade surplus. Their situation is helped by the fact that they are importing commodities that are currently experiencing very low prices, benefiting their GDP’s performance as a result.

Where to Invest in LATAM? 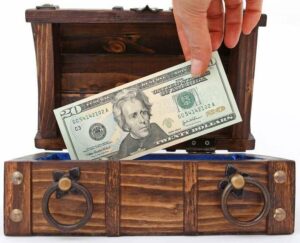 The relevance of the LATAM market is now higher due to the slow expansion of global commerce and the financial uncertainty caused by the UK “Brexit” vote and the US elections. This, has prompted the search for new markets, putting LATAM on the map as a destination for international investment.

According to the Economic Commission for Latin America ECLAC, there are some countries that are performing better than others in the region, becoming more attractive options when choosing the destination for foreign investment.

The ranking of the best and worst performing economies is divided in three, the rising stars, those experiencing moderate growth and those economies which are higher risk.

Specifically in each key market there are numerous opportunities for investment, for example:

In the next article in this series, Fernando Merchan will look at some of the other factors which in-bound investors to Latin America should take into account in 2017.

About The Biz Latin Hub Group

The Biz Latin Hub Group offers a full suite of back office services for companies looking to enter and operate in Latin America. These services include everything from visa processing, financial reporting and IFRS support, company formations to customs assistance. For more details contact us now.