What Is Driving the Economic Recovery for Latin America in 2018?

After a challenging period of economic slowdown for the Latin American region, analysts expect that 2018 will be the year that marks the beginning of a recovery. Domestic demand is increasing, Brazil and Argentina are coming out of recession and the regional economy as a whole is picking up. In 2017, the region’s economy grew by 1.2% and is predicted to grow by 1.9% in 2018, with steady growth expected to stabilise at a rate of 1.7% annually for the next 5 years according to the IMF.

Demand for Commodities Set to Increase in 2018 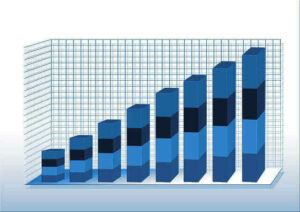 The main driving force behind the turnaround is the global increase in commodities prices. In many Latin American countries, commodities account for a large part of their exports, meaning an increase in price will provide a boost for the region. An especially significant factor affecting commodities prices is the large infrastructure projects planned by China. To give an idea of the scale of the investments, China is expected to invest $8 trillion in 68 countries for infrastructure projects affecting nearly two-thirds of world population and involving what is the equivalent of a third of global GDP. Such projects increase the demand for commodities worldwide with Brazil, Chile, Argentina and Peru seeing the most benefits out of the Latin American nations.

On top of this, China is adding a new dimension to its economic ties with the region. In the first four months of 2017, China accounted for 37.5% of foreign investments in Brazil; it invested $5.7 billion through mergers and acquisitions of Brazilian companies.

Another factor involved in the improved economic results is the successful reforms by pro-business governments in the region. Chile experienced growth following the election of Piñera and the reforms he implemented. Macri has managed to turn Argentina around and bring them out of recession, whilst in Brazil too, Temer’s reforms designed to open the country to foreign investment have helped the region’s biggest economy come out of recession.

Political Uncertainty Will Play a Role in LATAM’s Economic Recovery

Before the Latin American region can fully enter and take advantage of this new period of prosperity, it must first endure a brief period of uncertainty as many Latin American nations are set to hold elections in 2018. Political instability is not uncommon in the region and it is facing a particularly active period early on in the year. Mexico, Colombia, Venezuela, Paraguay and Brazil will all be electing new governments throughout 2018 and many are difficult to predict.

In Brazil, for instance, citizens have seen their nation go through many scandals related to government corruption in recent times and this year’s electorate is very fragmented, making predictions difficult.

Colombians too have been left dissatisfied with the leadership in their country. At this stage, the polls are indicating a preference for non-traditional candidates leaving the country uncertain as to the direction it will take when they elect a new government in May 2018.

Colombia’s embattled neighbour, Venezuela, is looking for a solution to bring an end to its ongoing socioeconomic, humanitarian and political crisis, and early presidential elections are set to take place in April 2018, however, commentators are skeptical about the legitimacy of the conditions in which the election will take place.

How Will NAFTA Affect Growth in Latin America?

As for Mexico, the country is not only facing elections but the additional uncertainty over the future of the NAFTA agreement. In recent years, Mexico has become heavily dependent on trade with the US and the significant growth of the Mexican economy can be largely attributed to the trade deal with its northern neighbours. All of this comes into doubt, however, due to the recent talks about future of the agreement or whether it will even continue to exist at all. Mexico has been attempting to reduce its reliance on the US by signing trade agreements with other countries, however, its North American economic ties are interconnected enough that a negative outcome could mean tough times ahead for Mexico.

Should I do Business in Latin America?

Throughout the year, the political situation in each of these nations will gradually become clearer and consequently, each will be able to implement their respective policies to best take advantage of the predicted economic upturn. Accelerated and sustained growth will create an opportune environment for potential investors and new business opportunities will undoubtedly arise as Latin America opens up to the world. Latin America does indeed have much to offer to international investors, however, doing business in the region as a foreigner can come with its challenges.

If you’re interested in finding out more about doing business in Latin America, new investment opportunities or even how the upcoming elections may affect your current business, at The Biz Latin Hub Group we have a team of local and expat experts ready to help. Get in touch with Craig at [email protected] and see how we can help you to do business in Latin America. From commercial representation, legal/accounting services to company formation services, we can assist in your project.