Is Ecuador Next on the List for Cannabis Legalization?

The growing momentum of support for medical cannabis is seizing governments all over the world. Now, Ecuador is looking to be the next country to open up its medicinal cannabis market. Its government is set to pass legislation allowing for controlled production of cannabis by the end of 2019.

If the legislation passes, Ecuador could become another contributor to Latin America’s dominance in the global cannabis industry.

Overview of cannabis in Latin America

In Latin America, the use of cannabis for medical and scientific purposes has been decriminalized to various extents in Argentina, Chile, Colombia, Mexico, Peru, and Uruguay. Brazil currently only permits the use of Sativex nationally, a medication for patients with Multiple Sclerosis that contains cannabis.

Collectively, the Latin American cannabis market has a projected value of USD $12.7 billion by 2028. $8.5 billion of this is expected to come from medicinal cannabis.

Countries in the region who have peeled back regulations against cannabis production and consumption are now sharing in a booming global economy. Latin America’s low production costs and temperate climates offer advantageous conditions for a healthy cannabis market.

As governments and lobby groups turn the tides on the medical cannabis debate, the market is projected to continue growing. Further booms in global demand are expected as more countries loosen restrictions around consumption and sale of cannabis products.

Current laws in Ecuador permit personal consumption of cannabis, allowing people to carry up to 10 grams. At present, the sale of cannabis is illegal. 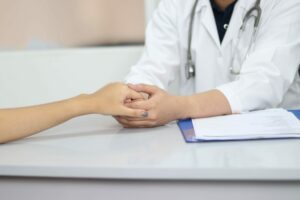 Despite this, cannabis oils, creams and solutions are reportedly still being produced and sold within the country.

Lawmakers in Ecuador originally proposed legislation formalizing the medical cannabis industry in Ecuador in 2016. However, debates within the government around cannabis use have delayed its passing.

Now, proposed amendments to this contested legislation could see the law coming into effect as early as the end of 2019. In particular, changes to the Organic Health Code (COS) would consider the value of cannabis for a number of purposes. This is known as article 340. The change would legalize regulated medicinal cannabis products, eliminating risks associated with sourcing the products off the black market. At present, the legislation proposes offering five-year licenses for cannabis production and manufacture.

This legislation delegates licensing authority to the Ministry of Health and spreads oversight responsibility across several other government departments. Licenses would be granted for producing cannabis and seed strains containing no higher than 1% of tetrahydrocannabinol (THC).

Article 340 of the COS current awaits its final debate in the National Assembly.

What would passing this legislation mean for Ecuador and the region?

If passed, Ecuador’s scope for cannabis production may remain narrow compared to more progressive legislation such as that of Uruguay. However, decriminalization would nevertheless project Ecuador forward as an emerging medicinal cannabis provider for global markets.

The pharmaceutical industry is constantly in search of new solutions to medical problems. Due to a growing acceptance of cannabis, Canadian and United States markets have been overwhelmed by supply shortages. As Latin American countries tap into their own cannabis markets, the region’s future as a major exporter takes shape. Ecuador therefore has the opportunity to jump ahead of the curve and become another major player in the region. 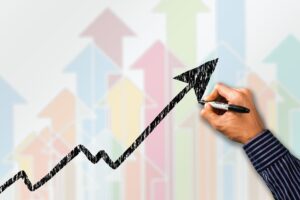 With a carefully thought-out legal framework, Ecuador is in a good position to build a reputable cannabis industry alongside its neighbors.

Like its Colombian and Peruvian neighbors, many of Ecuador’s regional climates offer advantageous conditions for cannabis production. This is due in part to its proximity to the equator. This environment would allow businesses to make consistent, reliable harvests of the crop year-round. The dependable weather also reduces infrastructure investment pressures at the start-up stage.

Like other Latin American countries, costs of labor in Ecuador are highly competitive compared to other regions. With a carefully thought-out legal framework, Ecuador is in a good position to build a reputable cannabis industry.

Investing in Latin America’s cannabis industry: talk to the experts

Latin America has a lot to offer the medicinal cannabis industry at a global level – which is estimated to reach a market exceeding USD$43 billion by 2025. The region’s commitment to growth and development in this industry can be seen through government provisions of robust legal frameworks.

If you’re interested in entering the Medicinal Cannabis sector in Latin America and are not sure of the first steps, then reach out to the local experts at Biz Latin Hub.

Contact a member of our team today at here for personalized support and tailored business solutions. We want to ensure every success for your business in Latin America and beyond.