In the third part of our series on LATAM Business Opportunities, we explore three other big players in the region: Colombia, Ecuador and Peru. The three nations share a border, they are all members of the Andean Community customs union and they all have access to the Amazon, the Andes and the Pacific Ocean. In this article, we take a look beyond these commonalities and see what different business opportunities lay ahead for each.

LATAM Business Opportunties – Colombia: On the Road to Recovery

Colombia has faced a tough economic slowdown in recent years due to the global decrease in commodity prices; however, 2018 looks to be the year it will make its comeback. Colombia’s economy is expected to pick up with an estimated increase in GDP of 2.9% this year according to the World Bank. These predictions are based on encouraging signs such as an uptick in commodity prices and a rise in private consumption due to a stable inflation rate. Furthermore, the government is implementing projects to improve the country’s infrastructure and it also introduced a tax cut for businesses as part of its initiatives to diversify and improve the competitiveness of the economy. All of these actions are important for reducing the country’s dependence on commodities and, at the same time, making Colombia more attractive to foreign investors. 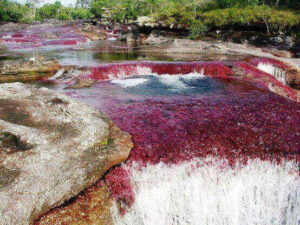 Thanks to the peace agreement, Colombia’s rainbow river is now open to tourist visits.

The peace agreement, signed in 2016, will have a big impact on Colombia’s economy considering that for many years the FARC has threatened public safety, hindered economic progress and caused political instability. According to a 2014 prediction from senator Barretos, the peace deal will cost Colombia USD$44.4 billion for the next 10 years however it will save an equivalent to USD$49.4 billion a year that it would have spent on the war. This alone is a massive saving for the government.

The peace agreement is also creating many new business opportunities in the previously occupied regions and the improved political stability will create a healthy economic and political environment essential to attracting investment. In particular, the newfound safety is generating opportunities in tourism and other business areas. Colombia has a variety of beautiful landscapes and tourism has long been an important sector for the Colombian economy; however, the country can now offer tourists many more of its natural wonders that were previously too dangerous to visit such as the ‘rainbow river’. Another sector that can now thrive is the agricultural sector; more than 10 acres of land have now become available for agricultural purposes and, considering Colombia boasts an ideal climate for producing many different tropical fruits, this is another area that shows great potential for investment. Finally, Colombian territory holds many natural resources and the FARC was known to take part in illegal gold mining. Once the country becomes stable, the extractive industries could attract large investments as mineral and oil rich areas of the country become safer.

Ecuador is a country that has long been heavily reliant on its oil exports. For many years, the commodity has accounted for more than half of its export earnings and its other industries have been neglected as a consequence. So it comes as no surprise that the country was hit hard when global oil prices dropped in 2014. Growth slowed and Ecuador even fell into recession in 2015. The recession was short-lived, however, and in 2017, the economy recovered faster than expected with GDP growing at an estimated 2.7%. and predictions for the future are now looking positive. The turnaround was mainly due to a pick-up in oil prices but there has also been a distinct change in government policies seeking to diversify its economy and reduce its vulnerability to fluctuations in oil prices. The government has focused on initiatives designed to tackle corruption and open up the economy to international trade. 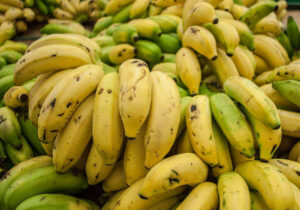 Ecuador exports so much more than just bananas.

These business friendly policies are a positive sign for foreign investors looking for a new destination for their ventures in 2018 and, in particular, the country’s agricultural sector is looking like a promising investment. Ecuador already has the infrastructure to support the industry being the largest producer of bananas in the world as well as providing 70% of the world’s fine upper class cocoa beans.

Its geographic diversity and climatic conditions means it can produce a variety of different agricultural goods including specialist and tropical fruits. Last year Ecuador’s Minister of International Trade went on a world tour to encourage foreign investment and promote the country’s agricultural products such as mangoes, passion fruit, grapes, pitahaya and avocados in Europe, the USA and Asia. New technologies introduced in the country have increased fruit production and quality considerably in the past three years and there has also been a marked effort to improve agricultural practices and to reach global standards. Furthermore, the nation is seeking to appeal to more niche markets; one example is by increasing its amount of organic fruit producers. The government is currently showcasing a catalogue of 83 organic fruit producers and it hopes this number will rise to 200 for its next edition. Ecuador and the EU are planning to sign a trade deal by June 2018 and organic products are in particularly high demand in Europe. As such, Ecuador is seeking to increase the 36,000 hectares of land already producing organic products in time for the trade deal in order to satisfy the demand. This opens up investment opportunities for producers, exporters and distributors.

Peru: Leading the Way in LATAM

Peru’s economic outlook looks very promising for 2018 and the IMF recently raised its prediction for GDP growth this year from 3.8% to 4%, making it one of the fastest-growing economies in Latin America. The improved prediction is attributed to an expected rise in internal demand as employment and wages continue to grow in the country. The agricultural and construction sectors in particular are booming and continually provide new work and investment opportunities. Peru is already one of the biggest fruit and vegetable exporters in the world however thanks to technological advancements and a favourable climate for production, this market is still seeing rapid growth. In 2018, it is expected that fruit and vegetable exports will value USD$3.1 billion, compared to USD$2.7 billion in 2017. These booming industries are not the only reason behind a predicted increase in domestic consumption. Another factor likely to affect it this year is Peru’s qualification for the 2018 football world cup (the nation’s 5th ever finals and first time since 1982). As Peruvian’s celebrate, food and beverage consumption is likely to go through the roof during the world cup. 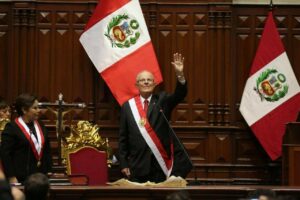 Peru’s current Kuczynski administration is considered to be business friendly and this is reflected in their policies. Looking to the future, Kuzcynski has stated that his government will invest heavily in science, technology and innovation through further improvements of the country’s higher education system. The Peruvian university, UTEC, is already considered to be one of the most modern and innovative in Latin America and together with other Peruvian universities, it is predicted contribute to the country’s growing tech society.

At the same time, the government is also trying to further develop a more typical sector in the region. Peru is a nation already known for its mining industry and copper, gold and zinc alone account for half of Peru’s exports. However, Kuzcynski wants to further stimulate the mining industry by cutting red tape, encouraging investments in the sector and reopening negotiations on mines that were dismissed due to protests. A simplified process for acquiring mining permits has already been implemented; a policy which is expected to generate new projects valuing a total of USD$10 billion. This has given enough reason for Scotiabank to increase their prediction from 5% to 12% growth in the Peruvian mining industry in 2018. And to top it all off, an increase in the price of copper is expected due to a worldwide scarcity of the commodity. Peru, as one of the biggest copper producers in the world, will indeed be full of investment opportunities in 2018.

Although there are many opportunities for doing business in Latin America, it can sometimes be challenging due to the significant legal and cultural differences you may encounter. If you are considering doing business in one of these promising rising stars, we have a team of local and expat professionals ready to advise you on any query you may have. Our mission is to facilitate the entrance of entrepreneurs and investors into Latin American markets with the help of our experienced teams of accountants and lawyers.

Please get in contact with Craig at  here to receive comprehensive advice about doing business in your chosen country.

Watch this video to learn more about how we help our clients do business in Latin America: