Who are the Major Players in Latin America’s Cannabis Sector?

The legalization and use of cannabis is becoming more and more popular not only in North America and Europe, but in Latin American countries as well. Investment is flowing into the region as it positions itself to be a leading supplier of the world’s cannabis market.

But who is spearheading this movement for cannabis legalization in Latin America?

All these countries have laws legalizing medical cannabis, hemp or cannabidiol (CBD) products. With a population in Latin America of around 620,000,000 people, the cannabis market is emerging as the next platform for global expansion for foreign investors. 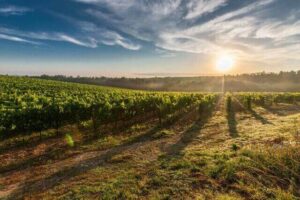 Agriculture in Latin America is characterized by low costing and a favorable growing environment, making it a popular choice for investors.

Latin America is one of the biggest trade regions in the world. In 2017, the region attracted foreign investment capital totaling over $161.7 billion. Agriculture, a highly successful sector across Latin America, is characterized by low costing and a favorable growing environment, making it a popular choice for investors.

The advantages that Latin America has when it comes to producing cannabis has attracted the attention of Canadian cannabis producers. A company called Canopy Growth launched a Latin American division in July 2018.

Another company called Aphria acquired a network of cannabis businesses across Jamaica, Argentina, and Colombia in a deal worth $193 million. Both companies view the region as a strategic new market in which to invest capital and have announced Latin American expansion plans that target key markets.

Five leading economies in Latin America’s cannabis legalization are paving the way for others to follow suit. Their progressive approach to cannabis production and processing has put them on a trajectory for global success.

Colombia is quickly becoming the leading supplier of the world’s demand for medicinal cannabis.

The Colombian government formalized its medicinal cannabis industry in 2017. This was one of the major developments in a growing worldwide momentum for the decriminalization of cannabis. As a part of the legalization process, the government established five resolutions focusing on the regulations of individuals and companies that produce cannabis.

Cannabis is continuing to capture the attention of consumer markets internationally.

Colombia is not the first or the only country to legalize cannabis for medical use. However, Colombia has low production costs, an ideal climate, progressive legal framework, and the geographic location which give it a highly competitive edge in the global market.

The government knows that Colombia has the ideal conditions to facilitate a booming medical cannabis industry. Colombia’s competitive advantage and opportunity for global commercial prestige are driving high government responsiveness for foreign investment.

In Peru, there have been discussions about changes in legislation.

This can affect opportunities for North American and European cannabis companies, entrepreneurs, and experts looking to take advantage of an ideal cultivation climate and economic labor costs. The conditions for cannabis production here closely echo those of Colombia’s.

In Peru, the cannabis law (Law no. 30681) regulates the medicinal and therapeutic use of cannabis and its derivatives. Its purpose is to control the legal use, encourage research, and provide a strict framework for products containing marijuana intended for therapeutic purposes.

By Peru legalizing medicinal cannabis, it opens the pavement for new investment opportunities in the Peruvian cannabis sector. 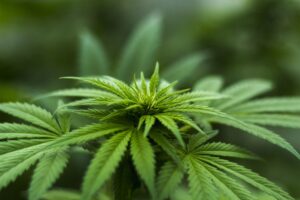 Many Canadian companies are looking to expand their emerging markets in Mexico, as Latin America’s stepping stone into North American cannabis markets.

Mexico legalized medicinal cannabis in June 2017, allowing for imports, sales, and consumption of products with less than 1% THC, as well as the cultivation and production of derivatives for scientific purposes. Mexico’s Interior Secretary and former Supreme Court Judge Olga Sanchez said that legalizing recreational use marijuana was implemented as a way of dampening violence surrounding the sale of cannabis on the black market.

Serious money from the cannabis industry in Uruguay is starting to surface.

Silverpeak Life Science Uruguay Inc, one of the largest companies in the country’s medical marijuana industry, suggests its investment bankers could inject $35 million this year to quadruple production and build a larger extraction lab in 2020.

Uruguay is in between Brazil and Argentina, and has yet to see the significant investments that have boosted the cannabis industry in the US and Canada. The speed of investment might change as big Latin American cannabis producers start to consider Uruguay as a destination.

Uruguay can become the first country to reach $1 billion in annual exports of medical cannabis products in as soon as five years with government-backed regulations. 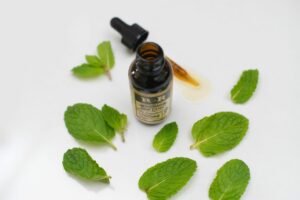 Paraguay is the main producer of cannabis in South America.

The South American country authorized the importing of cannabis oil in May, under the control of the health ministry. Vice president of Paraguay Roberto Cabanas states, “We are very happy because this will also allow for the import of seeds for oil production.” It’s safe to say that the legalization of medical marijuana in Paraguay has had some positive reactions.

Come and see us at ExpoCannaBiz 2019

Our Mining and Corporate Legal Counsel, Juan Sebastian Cardona, will speak at the Conference about their extensive experience in the evolving cannabis trade environment. Secure your place at the conference and connect with us.

Work with the experts to get started

With stable legal frameworks supporting cannabis production processes, Latin America is expected to become a dominant supplying region of cannabis extracts and derivatives to the global market in the coming years.

If you’re looking to enter the cannabis market in Latin America, reach out to the local experts at Biz Latin Hub. Our team expects a bright future ahead for the region’s medicinal cannabis industry. The industry is open for those international investors on the lookout for new opportunities, and now is the right time to get started.

For personalized support on your journey get in touch with the BizLatin Hub team today.

Check our video and enter the exciting Latin American markets!