Mining is usually associated with some of the world´s largest global players, such as China, Russia or Australia. However, if you widen the scope of important mining locations, you inevitably arrive at a continent on the other side of the world: Latin America. Not only does Latin America flourish due to a wealth of high-quality natural resources but also due to the many Brazilian, Chilean or Mexican mining companies that are gaining momentum in the world economy and attracting foreign investors.

One mining country that should never be overlooked is the blossoming Peru. This is truer than ever in the wake of the discovery of one of the potentially biggest lithium reserves in the world. Peru will stand in an even brighter spotlight than before.

This article will dissect the opportunities and threats that may lie ahead for local and foreign investors and indeed, for Peru itself, after the discovery of the colossal lithium reserve.

Peru is arguably one of the most underrated mining locations in the world, despite being a leader in metal, copper, silver and gold production. Additionally, the country is concentrating more and more on facilitating investor´s engagement as the government supports its most fundamental economic contributors by maintaining macroeconomic stability and improving the legal and tax regime around the sector. These reforms will lead to the development of mining projects with an estimated value of more than USD$46 Billion over the next years. We are seeing a country that possesses every opportunity to climb up the ladder and become the most important mining country in Latin America.

To top it all off, the most important chapter in Peru’s mining sector is only just beginning. The Peruvian subsidiary of Canada’s mining company ‘Plateau Energy’ ‘Macusani Yellowcake’ has recently discovered a lithium reserve earlier this year near the region of Puno that has the potential to be one of the biggest lithium mines in the world.

What Could This Discovery Hold For Investors Around the Globe? 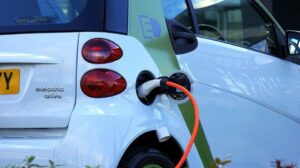 Lithium is primarily used in the automotive and electronics industry for the production of rechargeable batteries.

Lithium is primarily used in the automotive and electronics industry for the production of rechargeable batteries. With a growing demand for electric vehicles in developing countries and lithium prices having tripled in the last three years, doubts are arising on whether there will be sufficient stores lithium in the world. With Peru joining the so-called South American ‘lithium triangle’ of Bolivia, Argentina, and Chile, the pressure on global lithium supplies will most probably be reduced. But what does that mean for international investors?

After a planned feasibility study is conducted next year, the underground lithium mine is expected to start operating in 2020 and an initial investment of USD$800 million will be required by investors interested in the project. After the initialization of the mine, foreign investors can look at a veritable (white-) gold-mine with a bulk of opportunities in extraction and refining. Companies from top lithium producing countries, such as China and Australia may settle into the Southern Peruvian region to seize upon the various opportunities in several areas of lithium production.

If we want to extend our analysis beyond the purely mining opportunities previously depicted, we arrive at a completely new dimension for the Peruvian economy: electric cars. The future emerging countries, such as Peru, that are looking to engage in environmentally responsible activity could be in vehicles operated through a battery pack. This requires huge amounts of lithium. Miguel Incháustegui, the Vice-Minister of Mines, is aspiring towards a future dominated by electric vehicles. He assures that Peru has the “aim to implement all the norms in order to support the development of this new industry in a correct and sustainable manner.” While it is still unimaginable to have an infrastructure suitable for electric vehicles all over Peru, experts in the energy and transport sector predicted up to 6% electric vehicles in Peru will be run on electric power by 2030.

How could this Discovery Support/Impede the Local Peruvian Economy? 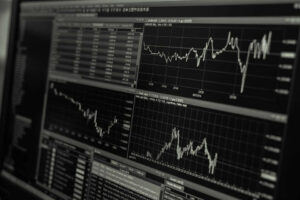 The discovery of ‘white gold’ in Peru is, without doubt, a booster for the economy and with the activation of potentially the largest lithium mine in the world, Peru’s mining sector becomes even more lucrative for international investors.

It is no surprise to hear that upon the activation of the lithium mine, experts suggest that the economy in Peru will receive a boost. The expected arrival of large-scale investors from China or Australia will directly fuel the industrial development in the Puno region, whilst infrastructural and technological spillovers into regions nearby are not being excluded from the equation. It would seem that the prospects for Peruvian socioeconomy look outstanding. Nevertheless, society as a whole needs to look at lithium mining from a socially responsible perspective in order to ensure the continued holistic development of Peru.

As we have illustrated before, mining activities would increase immensely with the operation of a large-scale lithium mine in the Puno region whilst commercial activities and exploitation of raw materials will increase and boost the economic output of mining. On the other hand, it is very likely that social conflicts will arise with regards to sustainability in the region. Apart from disputes over territory distribution, the main concern lies in the environmental and social harm the lithium extraction would involve. While there are environmental and social risks that must be acknowledged, there have been instances where mining companies have worked together with local communities to ensure both the continued economic growth through mining, while also considering the needs of local communities.

The discovery of ‘white gold’ in Peru is without any doubt a prime opportunity for the economy and with the activation of potentially the largest lithium mine in the world, Peru’s mining sector has become even more lucrative for international investors. A large number of opportunities will arise, ranging from improved mining extraction processes to a possible shift from gasoline and natural gas vehicles to electric cars in Peru.

A very likely setback of this incredible discovery is the socioeconomic threats and the weakness of the government to implement sustainable legislations that are supposed to surround the lithium mine establishment. In order to make the whole ‘Macusani’ operation a complete success, a special glance needs to be cast on the disruptive processes that impact the land and local communities.

There are great opportunities for both socially responsible mining in addition to mining technology to enable and support the growth in sustainable mining.

Are you interested in learning about opportunities for mining services companies in Latin America? Check out the short video below…