Necessity is the mother of invention.

“A Crow perishing with thirst saw a pitcher, and hoping to find water, flew to it with delight. When he reached it, he discovered to his grief that it contained so little water that he could not possibly get at it. He tried everything he could think of to reach the water, but all his efforts were in vain. At last, he collected as many stones as he could carry and dropped them one by one with his beak into the pitcher, until he brought the water within his reach and thus saved his life”.

As in Aesop’s famous fable, “The Crow and the Pitcher,” amid the drought, the current Colombian government, together with the Ministry of Mines and Energy, and the National Hydrocarbon Agency (ANH), have cleverly designed and carved out the strategies to reactivate the oil and gas industry. Thirst for new oil and gas discoveries, more barrels and reserves, bringing more dollars into the country, and attracting new players made them react. This year, like in the fable, our leaders began dropping stones into a once fuller pitcher with the intention of reviving the industry.

Upstream industry: highlights in the last quarter of a century 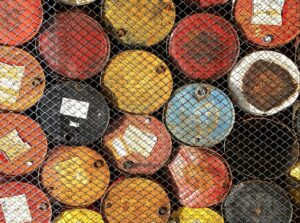 Colombia’s oil and gas industry plays a significant role in its fiscal and foreign exchange income, capital markets, and exports. A decrease of barrels and reserves may harm its economy. Colombia is self-sufficient, but if the government doesn’t take strong measures, the country could become an importer again.

If we drill down the last 25 years, Colombia reviews economic conditions with upstream companies under exploration and production contracts (E&P), government take, when oil and gas volumes produced vary significantly. The government changes the contract terms or models accordingly.

E&P activities picked up and resulted in vital discoveries, in the eighties, years after the 1974 oil crisis (when the government abolished and replaced very stale, aging Concession contracts for Association contracts).

Production and reserves began to decline between 1995-2003 mainly due to security reasons, hitting rock bottom in 2002.

Under such a critical scenario, experts took actions, witnessing the birth of a specialized agency, the ANH, in 2003. The ANH acts as the administrator and regulator of Colombia’s non- renewable natural resources.

Actions included a) eliminating Association contracts, except those at force at the time which continued; b) renovating Ecopetrol, c) a new government take, and d) a sliding scale royalty system connected to the oil price. It is fair to say that the ANH awarded blocks under new contract models mainly within 2006 and 2014, under a boom of bid rounds.

A world oil price crisis began in 2014. Social pressure in the upstream industry in Colombia increased mainly due to regional royalty distribution issues. E&P companies had to tighten their belts, reduce their costs, and restrain from making investments. Colombia was struggling to be a self-sufficient oil and gas producer. The government had turned its head away. We saw a decline in exploration activities and failure to incorporate further reserves. ANH seemed uninterested in exploration and production areas awards. E&P contracts were not signed, and investments decreased.

Today, this sector faces a critical life span of only 6.2 years for crude oil and 11.7 years for gas, unless there are discoveries that can significantly add barrels and reserves. The latest events and average numbers drove the need to reactivate the Colombian upstream industry. 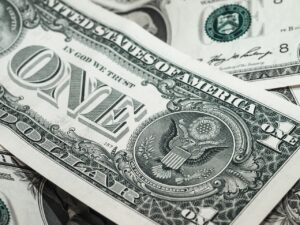 Law 1943, known as the Finance law, establishes incentives claiming to benefit upstream companies, such as a progressive decrease in income tax and VAT deductions for purchase of capital goods.

In December 2018, Congress issued Law 1943, known as the Finance law. This law establishes incentives claiming to benefit upstream companies, such as a progressive decrease in income tax, VAT deductions for purchase of capital goods, among others.

In addition, the current government has defined 4 main strategies to reactivate the Colombian upstream industry.

A few words on the PPAA are worth mentioning here. Under such a process, companies will be allowed to meet qualification requisites before the ANH on a one-time basis. The ANH will also offer areas permanently. Under the PPAA, the bidder with the best offer is considered the “Initial Bidder.” In a nutshell, the Initial Bidder has the right to outbid the best counteroffer. The idea seeks to create competition among bidders.

For the first time, companies may also request the inclusion of new areas of their interest, stimulating the bidding and counterbidding offer process.

This year the government has signed 5 offshore E&P contracts with high ranked oil and gas companies as a result of their strategic incentives to bring the industry back to life.

Under the PPAA, the ANH offered 20 exploration blocks this year, (18 on land, and 2 offshore) out of which ANH awarded 11 to upstream companies. Expedition of an updated land map also leveraged success. Shortly, exploration and exploitation blocks will be offered to companies. The second cycle is expected to take place in October 2019. ANH has already announced that a new process would be launched by mid-September offering 23 blocks, most of them for gas.

After a Commission of experts rendered their opinion on the viability of using fracking in Colombia, Ecopetrol is in the process of starting a fracking pilot project. Such pilot will allow interested parties access to actual information. Experts can do a final review and trace a map road. As such, fracking approval has not occurred yet. Its approval will depend on the pilots’ results. 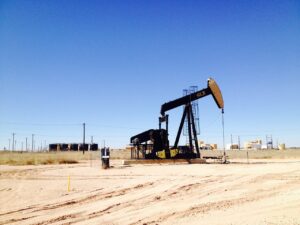 The upstream industry revival sends an important message to investors and to those wishing to do business in Colombia. The government, MME and ANH fully support such revival.

Fracking is vital for Colombia. In terms of increasing reserves. Reserves will come from newly explored areas.

The upstream industry revival sends an important message to investors and to those wishing to do business in Colombia. The government, MME and ANH fully support such revival. Efforts are certainly being made to do so. Tax incentives drawn out in the Financing law are positive too.

Currently, ANH is working on the LIGA B (B League), a process to encourage small and medium players to participate in upstream activities.

Crows are dropping stones in the pitcher to bring the water to their reach. The pitcher needs plenty of water, but we are heading in the right direction.

Colombia’s economic terrain is diverse, inviting and in the case of the upstream industry, it’s coming back to life. Owing to keen government interest in attracting business and various commercial incentives, it offers myriad opportunities for foreign investors to make their mark locally and in the wider region.

At Biz Latin Hub, we have a team of professionals from a range of experience backgrounds who specialize in investment and trade law, ready to help with any queries you may have.

For more information on how to invest in Colombia and tips on incorporating a business here, reach out to our team at [email protected].