Why Invest in the Colombian Tourism Industry in 2018? 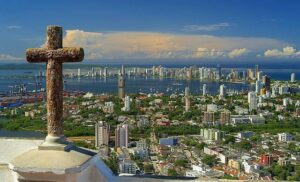 If you’re looking for an investment in 2018, Colombia’s tourism industry is a great option. In 2017, the South American nation saw a further increase to its foreign tourism revenue with an estimated 5.4% increase compared to the 2016’s revised inflow of almost $5.5 billion USD, which in turn was a 5.8% increase on the 2015 figure of $5.2 billion.  This marks a considerable increase to the 2010 revenue of $3.4 billion. These figures are based on data from Banco de la República (Colombian Central Bank), and 2017’s record high figure is estimated at almost $5.8 billion USD, demonstrating a strong, steady, and significant increase in foreign revenue since 2010 with Colombia closely hitting the target set out by President Juan Manual Santos for 2018 in 2017.

María Lorena Gutiérrez, the Colombian Minister of Commerce, Industry and Tourism, has stated:

“These figures ratify that tourism is a development engine for the country.  We are a country every more attractive for foreign visitors. Now we must continue to consolidate our tourism offer and making this industry more and more sustainable.”

Colombian Tourism – How Have the Peace Talks Affected Business in Colombia?

2010 was a year when security in Colombia began to significantly improve due to a strong push to instigate peace talks between the Government and the FARC, where a historic peace accord was finally signed in September 2016.

According to Mincomercio Industria y Turismo (Ministry of Commerce, Industry & Tourism) there has been a 71.2% increase in international tourism from 2010 to 2017, and from 2016 to 2017 saw a 33.2% increase in Tour Service Providers, and the highest enrolment of companies to the National Register of Tourism (RNT) in 2017.  From this, the Colombian Government has invested over 1 trillion Colombian pesos to strengthen and develop the tourism infrastructure.

This continued success is the focus of María Lorena Gutiérrez, who has emphasised:

“Our goal is to increase the number of companies formalised and combat unfair competition.  It is very important to have the support and cooperation of the local authorities, the entrepreneurs and the tourists themselves. In addition, formalisation of labour allows access to tax and tax incentives that stimulate, support and promote tourism activity.”

An ongoing study into registered companies and activities is enabling the Ministry of Commerce, Industry and Tourism to proceed with the formalisation or closure of establishments providing irregular services, which is an effort supported by the districts, municipal authorities and the tourism police.

This success is reflected in the government figures, which claims 6.5 million foreign tourists visited Colombia in 2017, according to figures by the Ministry of Commerce, Industry and Tourism, which is a 44% increase on the 4.5 million foreign visitors in 2016. Bogotá consistently sees a significant percentage of foreign visitors with as much as 50% of the overall number.

Colombia Amongst Best Tourist Destinations of 2018

2018 has the potential to see a further increase in visitors due to the attention of the New York Times, who has ranked Colombia as the number two destination to visit in 2018 in its article 52 Places to Go in 2018. 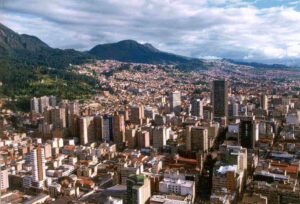 “In the pulsating capital of Bogotá, dozens of luxe hotel chains have opened, while the food scene has gotten a boost from spots like Leonor Espinosa’s restaurant Leo. Elsewhere, you will find coffee fincas turned into luxury hotels, eco-resorts on isolated desert peninsulas and colonial buildings transformed into spa retreats.”

Not only has Colombia caught the attention of the NY Times, but also review website Tripadvisor, who has ranked Medellin as the number 1 destination “on the rise” in Latin America.  In addition, hotel booking and travel website Bookings.com has highlighted Bogotá to be one of its ten “up and coming” destinations in Colombia for 2018.

Although there are many opportunities for doing business in Latin America from tourism to farming, from property to mining and any other entrepreneurial adventure, it can sometimes be challenging due to the significant legal and cultural differences encountered.  If you are considering doing business in one of these promising “up and coming” or “on the rise” locations, we have a team of local and expat professionals ready to advise you on any query you may have. Our mission is to facilitate the entrance of entrepreneurs and investors into Latin American markets with the help of our experienced teams of accountants and lawyers.  Please get in contact with Craig Dempsey at  here to receive comprehensive advice about doing business in your chosen country.

Colombia is open for business, and if you want to learn more check out our video below!