Doing Business in Chile – 5 Great Reasons to Incorporate a Company

From the vast Atacama Desert in the north to the astonishing glaciers in Patagonia, Chile’s unique geographical richness has meant it has held an interest to foreign onlookers for centuries. After the middle of the 16th century, the Inca rule in the north was replaced by Spanish colonization. The Spanish remained in power until 1818 when Chile gained its independence. Nowadays, Chile is a modern sovereign state ranking among the most economically stable and prosperous countries in South America. Thanks to its stable political environment, high-income economy, vast reserves of natural resources and democratic development, it became one of the top destinations for the foreign investors in South America.

If you are searching for a South-American country to expand your business, you should take Chile into consideration. We have listed five of the best reasons to consider Chile as a place to start your business. 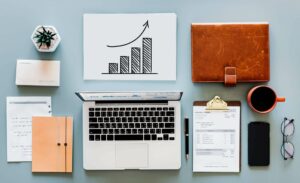 Chile had the best score of the South American countries in the Doing Business Study and Global Competitiveness Report.

In 2010, Chile became the first South American country to join the OECD. The GDP per capita for the 17 million Chileans is a very impressive USD$24,013 as of 2017. According to the Doing Business Study for 2018, Chile ranked 55th in the ease of doing business. In this report, the World Bank every year compares eleven indicators assessing the ease of doing business. These include the difficulty of starting a business, getting a location, accessing finance, dealing with day-to-day operations and operating in a secure business environment among 190 countries in the world. Among South-American countries, Chile ranked the highest, followed by Peru (58th), Colombia (59th) and Uruguay (94th).

Furthermore, in the Global Competitiveness Report, collaborated by the World Economic Forum for years 2017-2018, Chile landed on the position 33 among other 137 countries. Chile achieved the best position from the South-American countries, followed by Colombia (66th), Peru (72th) and Uruguay (76th).

The index evaluates the level of competitiveness of various countries based on the three economic parameters:

The Chilean government aims to promote an open market economy and enhances business-friendly policies. In 2007, it enacted a law establishing a Company by shares (SpA) as a new type of legal entity. It became easier for both, local and foreign businesses to establish a new legal entity. In addition, Chile is one of the few countries, where the minimum capital necessary for establishing a legal entity equals 0.

Additionally, the local government provides incentives for foreign companies if they decide to invest in one of the three following areas:

It is highly recommended to cooperate with a local partner to find out if your company is eligible for any kind of incentives.

The climate diversity and fertile land made agricultural production one of the key industries in Chile. Thanks to its natural geographical boundaries and strong border controls, Chile managed to maintain the phytosanitary safety of its agricultural products and became a world leader in exporting wine, blueberries, grapes, salmon or mussels. Besides the abundance in the food industry, Chile is especially rich in metals. Thus, it is no surprise that Chile is the world leader in the mining sector. Chile possesses 29% of the world’s reserves of copper, 16% of molybdenum, 15% of silver, 7% of gold and 54% of the world’s reserves of lithium. The metals represent almost one-third of all Chilean exports. The top three export partners are China, followed by the United States and Japan. 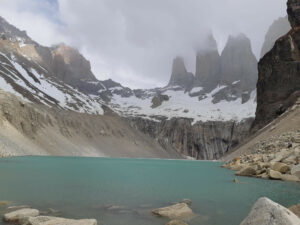 One of the leading industries in Chile is tourism. In 2017, Travel and Tourism constituted 10% of the global GDP of the country.

Apart from Mining and Food Industry, other core industries are Tourism, Energy and Global Services. Tourists from all over the world start to admire the beauty of breathtaking views on the Andean mountain range, immense glaciers, visiting penguins in their natural habitat or watching the sunset in the Moon Valley. Continuous growth of the tourism sector has led to the creation of many business opportunities for local as well as foreign companies. In 2017, travel and tourism constituted more than 10% of the global GDP of the country!

In addition to Tourism, Chile’s unique geographical position provides a great source of supply for a production of all kinds of sustainable energy. The hot climate in the north with around 4 thousand hours of sun is a great basis for solar energy. The coastline of more than 4,000 kilometers builds the best conditions to develop the marine energy. Wind energy farms dominate in cities like Antofagasta, Coquimbo or Los Lagos. Broad rivers in the center and south of the county are a great source of hydroelectric energy.

Thanks to the economic liberty and business-friendly policies such as establishing a company by shares, Chile has become a Latin-American leader in providing business services. The local government tries to encourage start-ups and entrepreneurs from all over the world. In the Global Entrepreneurship Index 2018 measuring the local incentives provided to the entrepreneurs and their quality, Chile ranked again the best among the South and Central American countries.

Another reason why Chile is a perfect country for incorporation is its strong connectivity to global markets. Chile has signed more international Free Trade Agreements than any other country. Currently, Chile ratified 26 international agreements and treaties regarding double taxation with 64 markets. These Free Trade Agreements allow privileged tariffs with 86.3% of the global GBP. Together with Colombia, Mexic, and Peru, Chile builds the Pacific Alliance connecting Latin American countries along the Pacific coast. The Pacific Alliance is a strategic platform which is designed to facilitate the free movement of capital, goods, services, investment and people. Its main targets include beside reducing trade barriers, deepening of regional integration, visa-free tourist travel or common stock exchange.

With these and many other reasons, Chile is a great place to start a business. Despite that the local authorities target to make doing business in the region easier, it is advisable to cooperate with a local partner to identify the best market entry path, in addition to the required steps of the Chile company incorporation process should you wish to start a local company.

Biz Latin Hub, a local law firm with a global perspective is the perfect partner to help you undertake your business in Chile. We offer a great variety of back-office services in most Latin American countries. If you have any queries, do not hesitate and contact Allan, our Country Manager at[email protected].