Australia 2019 Elections: How Will The Results Affect Business?

Australia has a new prime minister. Scott Morrison’s shock victory went against the odds, as the Labor party was expected to take back power. The country’s government has undergone a chaotic period plagued by in-party fighting and changing leaders. Morrison leads a majority coalition government made up of Liberal and National parties.

Australia has a high performing export market, steady growth and great investment options for businesses. However, with a new government in place, businesses will wonder how the new prime minister’s government may affect the commercial environment.

Scott Morrison was sworn in as prime minister last year after a challenge for leadership ousted the Liberal party’s previous leader, Malcolm Turnbull. The original minister that challenged the Prime Minister for leadership lost out to Morrison, who then became the leader of the Liberal-National coalition party. The social-conservative candidate then assumed the role of prime minister as he led the rest of the collation’s term in power until 2019. Mr Morrsion was formerly the managing director of Tourism Australia and also served as an immigration minister under Tony Abbott’s government.

Federal elections were held on 18 May 2019. The Liberal-National coalition secured the majority of votes to take power for the next term of 3 years. It has been deemed a shock victory as it was long predicted the Labour party would win. The coalition has secured a majority government after leading the previous term as a minority, with support from independents. 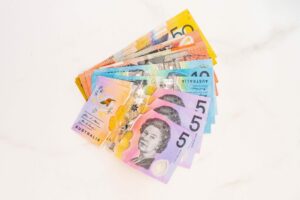 Businesses will see a short-term boost due to the reduction in uncertainty surrounding tax changes.

What The New PM Plans To Do

Morrison has also ready promised tax-cuts, upgrades to a coal mine and extra funding for non-government schools. The whole formal agenda is yet to be presented. Businesses will see a short-term boost due to the reduction in uncertainty surrounding tax changes. As Labor was expected to take over, many investors were concerned about proposed increased tax reform changes. Now that the Liberal-National party will stay in power, those concerns have diminished. Morrison has stated he’s committed to addressing issues of drought and the mining industry, two conflicting climate topics.

Australia has experienced numerous extreme weather events including severe drought, bushfires and floods. Australia endured its hottest summer on record last season. The drastic effects of climate change threaten the livelihood of its huge agriculture industry. The new prime minister has said that he will deal with severe drought as it threatens the production and competitiveness of many farmers. Subsequently, climate change has become a hot topic during the elections. The government has proposed an AU$2 billion climate solutions package.

Previous Prime Minister, Malcolm Turnbull, canceled a key energy policy last year that included an emissions target. This decision angered both groups in the general population and government. How Morrison’s government manages this sensitive issue has the potential to affect large groups that are invested in agriculture and energy. As pressure mounts, the government will look to consult with agritech firms that offer innovative products and services to alleviate the environmental strain on agricultural producers.

The coalition pledged AU$1.38 billion in equity investments to Snowy Hydro 2.0 project. This project will link two existing dams through an underground power station.  Lower retail energy prices were promised during the campaign trail by both major parties. The project is a way of producing low-cost renewable energy.

Energy professionals hope that the new government will provide an alternative plan to cut emissions after dumping the National Energy Guarantee. Their energy businesses success could depend on it. Morrison’s newly confirmed energy minister is prioritizing bringing new supply and competition to the electricity market, in order to ensure reasonable prices. The government will continue seeking projects until there is sufficient competition available. 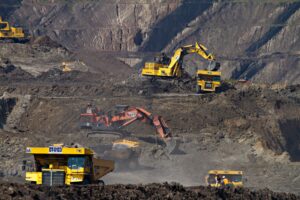 Australia is the world’s biggest net exporter of coal and the industry employees a large amount of staff.

Mining is a dominant industry in Australia and the source of a large amount of employment. Australia is the world’s biggest net exporter of coal. It is a huge export industry with 75% of all production sent overseas. Morrison supported the mining industry during his campaign and has pledged to update a coal project in New South Wales.

Energy minister Angus Taylor commented “Coal has a role to play in our energy mix. Renewables are playing an increasing role, so whichever way you look at it there will be balance.” The government has ensured its commitment to Australia’s coal industry.   However, its negative environmental impact will cause tensions as the government tries to implement climate change strategies.

As firms become incentivized to move away from fossil fuels, sustainable and renewable energy solutions will be imperative. Hydrogen is important for converting to low carbon economies as it can replace natural gas and coal. Australia has a key competency in its production and could become a global player in the market. This leads to extensive export business opportunities as countries worldwide impose carbon emission goals. Hydrogen refueling stations are being piloted in the Australian Capital Territory. They are compatible with fuel cell electric vehicles, another growing consumer market for electric vehicles.

A report produced by the Hydrogen council states that hydrogen could provide 18% of the world’s energy demands by 2050. Additionally, the sector could be worth US$5 trillion and create 30 million jobs worldwide. Australia has the opportunity to position its hydrogen industry as a world leader. Its proximity to key Asian markets as well as establish trading relationships make it a prime candidate. Subsequently, as users move from fossil fuels to renewables, jobs will shift to the hydrogen market. 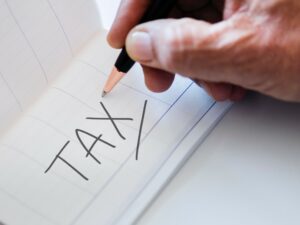 The Coalition intends to implement a tax programme that will “flatten” the tax brackets.

Labor introduced a new tax reform during their campaign which ultimately saw them alienate the wealthier, older population, instead of gaining the vote from younger, low-income earners. The Coalition intends to implement a tax programme that will “flatten” the tax brackets. This would include increasing the threshold for the top tax bracket of 32.5% from AU$120,000 to AU$200,000. Also, the 19% tax threshold would be raised from AU$41,000 to AU$45,000. The tax bracket of 37% will be removed by 2024. Individual tax earners will have extra money in their pockets to spend, due to the tax cuts.

Morrison was keen to implement such a reform under previous Prime Minister Malcolm Turnbull, however, he was shot down. This included a slashed company tax and increased goods and service tax rate of 10%. A reduced company tax rate to 25% would be welcomed by many. The lowered rate would also help Australian businesses become more competitive internationally.

We can help you incorporate a company in Australia, navigate the political landscape and take advantage of new opportunities across various sectors. Our Australian-based experts are on hand to help startups and multinational businesses looking to expand globally and offer support in navigating the complexities of the changing Australian business environment.

To find out more about our wide range of services, including commercial representation, due diligence and recruitment, and HR, contact the team on [email protected] today.