Why is Australia a Booming Market to Invest in?

Australia offers foreign investors a whole host of opportunities, not least the ability to enter a thriving economy and take advantage of the country’s growing middle classes. Whether you are a foreign investor looking to expand into the territory to sell goods and services to its population or utilize its vast natural resources to manufacture products for export, there are countless ways in which you can enter Australia’s booming market and have a real and lasting impact.

Unlike the majority of the world, Australia fared well during the global financial crisis and has managed to keep its banking system and inflation levels under control. The country has also enjoyed a significant level of trade in recent years, forging relationships with the Middle East, Asia, and Latin America, exporting quantities of natural resources, like its coal, iron, copper, natural gases, renewable energy sources, and gold. As a result, several huge organizations have invested in the sector, boosting employment and trade exports within the country.

Below, we share reasons why Australia is a booming market to invest in and share some of the sectors and industries which are performing well within the territory… 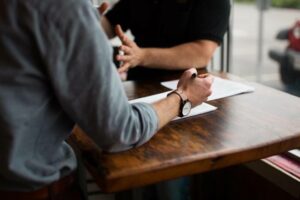 Australia’s business environment is very different from that of other territories, which is in part thanks to its geographical location. As Australia is so far away from other countries, particularly from key economies in Europe and the United States, it has forged relationships and trade agreements with several other nations. Indeed, the country plays an active role in key trade forums, such as WTO, APEC, and the G20, and has entered into FTAs (also known as free trade agreements) with China, Japan, Chile, Malaysia, Singapore, Thailand, the United States, New Zealand, and the Republic of Korea, making it one of the most well-connected and diverse economies in the world. It continues to negotiate agreements with countries like India, Indonesia, as well as Saudi Arabia and the United Arab Emirates, offering even greater opportunities.

One of the biggest reasons why Australia is such an attractive opportunity for foreign investors is that it is home to an open market and has minimal trade restrictions, allowing businesses to import goods and services from around the world. This open economy has helped the country to increase productivity and encourage growth and investment and gives foreign investors a unique opportunity to sell more of their goods without mass restrictions, and pass those goods through Australia into one of the territory’s many trading nations.

The Country Has a Skilled Workforce

If you’re looking to invest and expand into a country with a highly-skilled workforce, then Australia should be at the top of your list. According to INSEAD, Australia is considered the fourth smartest country in the world, behind Germany, the United Kingdom, and the USA. By investing in such a highly-skilled territory, you’ll be able to grow an international business from the ground up, especially when you consider that 23.2 percent of Australians can speak more than one language, according to the 2011 Census. What’s more, over 40 percent of the country’s workforce has a tertiary qualification, meaning they have a degree or diploma.

Utilizing Australia’s intellectual citizenship to grow your business means that you’ll be able to spend less on training and development, and more on marketing and the promotion of your products and services. In addition, when you take into account the fact many of its workers are skilled in emerging sectors, like FinTech, EdTech, and MedTech, there are some real opportunities for growth and market domination with the right management and strategy.

It Has Five Globally-Successful Industries

Unlike any other nation, Australia is home to five globally-successful industries, across food, education, tourism, financial services, and natural resources. Not only is Australia the world’s largest exporter of natural resources such as iron, gold, uranium and liquefied natural gas, but it is working towards more sustainable development and is investing billions of dollars on green energy, to take the country away from its current reliance on coal and natural gases. 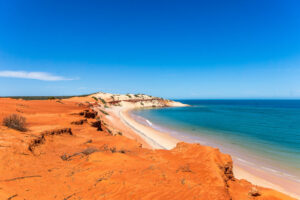 In addition, the country is home to an exciting financial market, offering a significant pool of managed fund assets for businesses both in Australia and around the world. Australia’s FinTech landscape is also promising, with investment rising from USD$53 million in 2012 to an incredible USD$675m in 2016, with success stories from startups Brighte, Lend2Fund, Pennybox, Redcat, and SixPark becoming all the more common in the country.

Finally, there’s tourism. Australia is home to the tenth-largest international tourism market in the world, representing 3 percent of the country’s GDP and adding around A$47.5 billion to its economy every year. Australia reports around 7.5 million visitor arrivals in any one year, with Sydney, Brisbane, and Melbourne all bringing in tourists who want to spend their money on hospitality and entertainment. The country’s wildlife, like its Great Barrier Reef, the Gold Coast, as well as Ayers Rock and the Tasmanian wilderness, has helped spawn even more sectors and market opportunities, with increasing attention on sustainable travel and eco-friendly produce, all industries international investors can tap into when they enter the Australian market.

Entering into Australia can be challenging, and there are many things that you must take into consideration, including the country’s business culture and etiquette, but with the right help and business strategy, you will be able to make a success of your new Australian venture.

If you’re ready to get started and would like to speak to a friendly and professional company that can assist in your international expansion plans, then get in touch with Biz Latin Hub. Our Australian CEO, Craig Dempsey, has years of experience helping businesses crack into the country, and Australian businesses enter other territories, too. Email the team today on [email protected] to learn more about how we can support your business expansion.