Australia and Colombia share a unique environmental status: both are listed among the most biodiverse countries in the world. Their flora and fauna species are so varied that they are classified as megadiverse. Only 17 countries in the world have this classification and collectively, they hold 70% of the world’s biodiversity.

Climate change-focussed initiatives are emerging in world political agendas, and megadiverse nations must work hard to protect their natural environments. Publicity of business opportunities in this area to attract support via foreign investment is, however, somewhat limited.

As Australia and Colombia explore opportunities to strengthen their relationship at the upcoming Inaugural Dialogue in Bogotá, we consider what their environmental agendas offer for deepening bilateral and business connections. 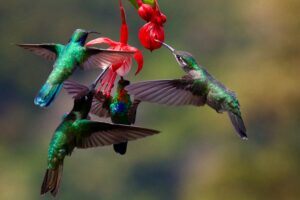 Colombia is home to a record-breaking 1826 species of birds, as well as impressive amphibian and plant biodiversity.

Though reports vary, Colombia holds between 10-14% of the world’s biodiversity. This places Colombia as the second most megadiverse country in the world, behind Brazil. It is home to a record-breaking 1826 species of birds, as well as impressive amphibian and plant biodiversity. Geographically, Colombia’s expanse covers tropical forests, mountain ranges, grasslands and tropical islands in both the Pacific and Caribbean.

Comparatively, Australia makes the list as the seventh most megadiverse country in the world. Possessing less biodiversity per square kilometer than its Pacific neighbor, Australia nonetheless leads the world in reptile and fish species. Its Great Barrier Reef, desert lands and rainforest terrain harbour around 600,000-700,000 species. Its land- and sea-scapes support the largest number of endemic species in the world.

Megadiverse countries have a greater responsibility than others to protect their natural treasures. The country-specific classification approach encourages nations to build conservation into regional and national development strategies.

Colombia’s government connects the preservation of ecosystems with sustained human welfare, through the ‘biological wealth’ available to communities. Essentially, Colombia asserts that biodiversity offers opportunities for production and creation of environmental goods and services. As such, the country prioritizes biodiverse preservation in its foreign policy.

Colombia played a leading role in negotiating the 2011 Nagoya Protocol, in the context of the Convention on Biological Diversity. The Protocol promotes fair and equitable access to and distribution of genetic resources and their derived benefits.

The Latin American country also leads efforts to protect and sustainably use marine resources. Colombia has contributed to amendments to the Convention on International Trade in Endangered Species of Wild Fauna and Flora (CITES). Multilateral efforts with Colombia’s involvement have secured protection regulations for several species of sharks and manta-rays. 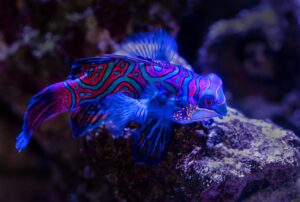 There’s a gap in terms of what Australia needs for sustainable conservation and commerce, and what’s currently in place.

Due to agriculture and forestry, invasive species, drought, and warming oceans, Australia is struggling to protect threatened species. The latter two environmental conditions are further exacerbated by climate change. The Department of the Environment and Energy is thus reviewing its conservation strategy, projected out to 2030. This review focusses on re-prioritizing environmental management strategies.

Conservative estimates identify over 1800 species of vegetation and wildlife at risk of extinction in Australia over the coming years. Already, the country has lost 60 plant and 50 animal species.

The government has been criticised by environmental advocates for its lack of action to protect its natural environment. Here, there’s a gap in terms of what Australia needs for sustainable conservation and commerce, and what’s currently in place. Private investment by innovative and/environment-focussed firms could help bolster technology, techniques, and sustainable industry.

Priorities for protecting the environment

Being megadiverse pressures these countries to prioritize conservation and sustainability in their economic practices.

These initiatives come at a cost that the Australian government has until recently seemed hesitant to fork out. Private investment and innovative business solutions can potentially fill this gap. The need for Australia to take action now beckons environment-conscious business to bolster industries connected with the environment. 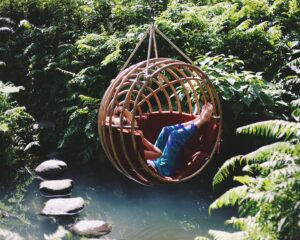 Eco-tourism, an intersecting industry between tourism and conservation, is one such area that could benefit from guidance on environmentally-friendly practices.

As leaders in different biodiversity categories, exchange of scientific expertise help beef up each countries’ conservation strategies. Australia is recognised as a poor performer in terms of biodiversity conservation. Colombian biologists, researchers and investors should consider their options for bringing expertise and best practice into the state-continent.

Colombian biologist Giovanna Webb, along with her Australian husband Grahame Webb, are doing just that. Their crocodile park in Darwin, Crocodylus, receives regional recognition for its wildlife conservation efforts. Scientific endeavours also have the opportunity to team up with businesses driving sustainability in their industries. Eco-tourism, an intersecting industry between tourism and conservation, is one such area that could benefit from guidance on environmentally-friendly practices.

Another possible avenue for megadiverse cooperation is for Australian technology to make its way to Colombian shores. According to Jaime Bueno-Miranda, Colombian Ambassador to Australia, Colombia’s terrain-focussed technology isn’t yet abundant enough to adequately nurse Colombia’s land mass and diversity. While this drive for technology predominantly resides in the agricultural sector, some technology may prove useful for ecological conservation.

For example, technology that reduces the need for mass pesticide spraying may support the preservation of endemic species. Techniques for assisting the germination and growth of vulnerable seedlings could be adapted for conservation projects. Australia, as a producer of innovative technology, has an opportunity to promote and use this tech in creative ways.

Take your business to new shores

Australia and Colombia both offer regionally superior business conditions for foreigners looking to expand abroad. As leaders in various fields, these countries offer a range of opportunities for specialized businesses and entrepreneurs.

It’s still a good idea to seek local support in your incorporate or expansion plans, however. Knowledgeable and diligent guidance will help smooth the startup and compliance processes.

At Biz Latin Hub, experts possess a wide range of knowledge and experience to aid companies expanding their business globally.

For further advice, or to seek your own tailored market entry strategy, contact us at here.