The immersion of a legal cannabis industry is one of the most talked about topics circulating a handful of countries. At the precipice of this emerging industry are none other than our friends ‘down under,’ Australia.

As laws on cannabis use become more lenient, the potential market opportunities are growing at an exponential rate. As of recently, cannabis is completely legal in only Uruguay, Canada, and certain states in the U.S. However, countries such as Colombia, Argentina, Peru, Cambodia, Spain, and the Netherlands have relaxed the laws and even established legal frameworks for producing the increasingly popular plant. Now, Australia considers taking similar steps to free-up and regulate the lucrative market.

Given the overall economic climate, stability, ease, and natural assets the country has, Australia’s cannabis market could be the next fruitful industry for local and international business.

Australia possesses a host of qualities which make it such a strong candidate for future business endeavors. To start, the Oceanic powerhouse houses 24.6 million people and has a growing immigration population (28.4% as of 1 April, 2019). As immigration numbers increase, so does the opportunity for cheaper labor, emerging markets, as well as the chance to make Australia a profitable market for diverse and innovative ideas.

Not only does Australia have strong population numbers, but it also has strong numbers to prove the success of its economy. According to the International Monetary Fund, in 2018, Australia’s GDP was US$1,418 billion. On a global scale, this ranks as the fourteenth-highest GDP. Additionally, their economy is one of the most stable in the world. Australia was one of the few countries unaffected by the 2008 financial crisis. Furthermore, it has a number of free trade agreements with countries all around the world. The stability and reliability of this economy is exactly what expanding businesses crave when tapping into new markets.

The sum of these positive attributes, plus more, is what makes the Australian economy such a welcoming host for business and investment. 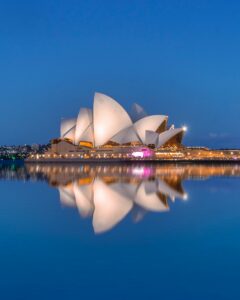 Australia’s openness to foreign investments and businesses makes the cannabis industry that much more enticing.

Legislation for cannabis: What’s being discussed

As of now, medicinal use of cannabis is legal in all six states of Australia. Legalizing recreational usage is the next hurdle up for debate. If legalized, the Australia Cannabis Agency (ACA) would be the primary regulator of the market. Essentially, ACA would act as a ‘middle-man’ for the cannabis industry, buying from farmers and selling it to licensed retailers.

Additionally, the proposed laws would establish and distribute licenses to approved farmers for cannabis production, monitor the sale and taxation of cannabis, and enforce conditions and regulations within the market.

Currently, ACA offers three types of licenses suppliers can apply for, provided that the intended purpose is strictly medicinal:

After evaluation, ACA makes a decision on the application. In total, the process takes around 210 days, provided there are no errors or setbacks. Presumably, once recreational use of cannabis becomes legal, it will offer applications for similar licenses.

First-mover advantage is crucial to success

In order to reap the benefits from this industry, it is crucial that one gets their foot in the door early. According to The Green Fund, there are surefire signs pointing to a thriving future for the cannabis market. Production companies, Cann Group, THC Global, and those of the like, began increasing production of cannabis after understanding local sentiments and the likelihood of legalization of the plant. Foreign businesses should consider following the lead of the country’s largest cannabis providers and make preemptive moves to secure a share in this coming boom.

The growth of this industry is contingent upon whether cannabis is legalized for recreational use or not. The potential market valuation of medicinal cannabis use, as reported by the Prohibition Partners, would reach $1.2 billion by 2024, and over $3 billion by 2028. While this is still a fair market size, the numbers are that much more astonishing in the case of the legalization of recreational usage. According to the New York Times, cannabis is the most popular drug to use recreationally in all of Australia. If legalized, the industry could reach a total market value of over $12.3 billion by the year 2028.

Not only is there national demand for the plant, but Australia’s economy is already very integrated with those in Asia. China’s demand for medicinal cannabis is currently projected at $178 billion. Right alongside them is Japan, who has an untapped demand for cannabis of around $16 billion. If the legislation passes, Australia will become the leading producer and distributor for the entire South Pacific/Asian market. Given this market position, the long-term growth and stability that the Australian economy is so well-known for only becomes that much more promising.

Additionally, Australia can expect to see a growing interest in its cannabis market from North America. Since Canada legalized the drug in June 2018, suppliers and retailers have struggled to keep up with the ever-increasing demand for their medicinal and recreational products. Experts grossly underestimated the demand for cannabis once the legislation passed. Now suppliers, consumers, and patients who need the medicinal benefits of the plant are scrambling for a sustainable supply.

As the US gets closer to legalizing cannabis in all 50 states, the market potential of North America increases astronomically. Given this shortage in the market, Australia is keen to play a key role in meeting the demand of cannabis in North America. Australia has the potential to capture and control a significant share in the global cannabis market, in addition to the market dominance they will have in the South Pacific/Asian market. 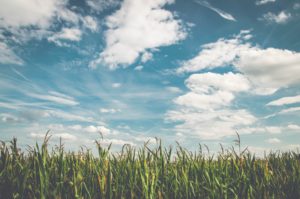 Now, how is Australia going to meet such pressing demands? Their agricultural market is already primed and ready to go. This sector is so strong and prosperous, it is one of the biggest contributors to Australia’s impressive GDP. Without even taking into account the potential net revenue of the cannabis market, farm production alone between 2018 and 2019 will reach over $58 billion. A formalized cannabis market can only improve these astonishing numbers.

The key to entering this market is to act fast. Wait too long, and the market will become oversaturated. It is crucial to get your foot in the door and strongly establish yourself in the market soon.

Whatever your next steps are for you and your company, reach out to Biz Latin Hub for all your backoffice and consulting needs. With a team of experts in a number of different fields, we can help you and your company successfully strategize and expand into emerging and rewarding markets all around the world.

Contact us here to learn more about the endless business opportunities that await all around the world.