Australia is a leading economic influencer in the South Pacific. Its Pacific location grants it access to the world’s powerful Asian markets. Furthermore, it connects in solidarity with other Pacific Rim countries, making it an approachable nation for many to do business with.

But what formal trade ties does Australia actually have, and who is Australia looking to shake hands with next? Find out why Australia’s far-reaching connections offer diverse export opportunities.

Australian – Trade deals are a gold mine for investors and exporters

Trade agreements make investment and trading easier for businesses of participating countries by opening their markets to each other. They can take many forms and have many different layers for promoting further cooperation and integration between countries.

Trade deals can be bilateral – between two countries – or multilateral, giving member countries preferential trade access to several markets under one contractual roof. For traders, this means greater connectivity with international business communities, and more affordable opportunities to expand into new markets. 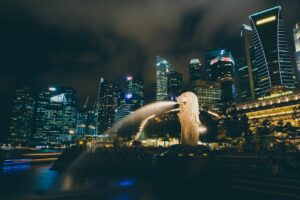 Importantly, the strategic interests of member countries inevitably focus on the continuous growth of their economies. This builds an insatiable desire for more from each other. Trade deals between countries are therefore reviewed and revamped regularly, to further reduce trade barriers and strengthen trade relationships.

Australia has an impressive GDP of US$1.323 trillion. It is ranked as the world’s fifth freest economy, and is experiencing an unprecedented record of consecutive growth. Key to this growth is well-established export channels.

Below is a snapshot of Australia’s top export destinations for 2018:

Supporting this immense export economy is a number of key trade deals and agreements with key trading partners.

Trophy trade deals with the Land Down Under

Australia is highly dependent on international trade. To maintain its $243 billion-dollar export market, Australia has secured a number of free trade agreements (FTAs):

As Asia growth starts to slow, however, Australia is looking further afield to identify new opportunities for its thriving export industries.

Some FTAs that have been signed but are not yet in force include: Hong Kong, Indonesia, Peru, and the Pacific Agreement on Closer Economic Relations (PACER). The latter is a deal incorporating Australia, New Zealand and eight of their Pacific Island neighbors.

Looking further ahead, negotiations are underway between Australia and a number of countries to secure future FTAs. Australia is currently negotiating:

Endless options for exporters and investors 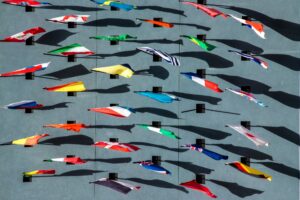 What these negotiations reflect is a willingness by Australia to expand its trade connections to regions previously overlooked for export opportunities. Creeping into Australia’s sphere is Latin America, Europe, the Persian Gulf and South Pacific.

This is great news for investors and foreign businesses looking to expand. Australian expansion or investment doesn’t necessarily have to focus on current key export markets to experience long-term success.

As Australia’s prolific export economy is granted easier access to a larger number of diverse markets, its export economy can flourish. These agreements will help the nation identify new export potential. This lowers risk and increases reward-potential for foreign investors and companies looking to set up in Australia.

Looking to expand or invest? Talk to us

Biz Latin Hub’s award for Business Excellence by the Australian-Latin America Business Council demonstrates the support we receive from Australian institutions to connect businesses and support start-ups in the region.

Contact our friendly team at here today to find out how we can support your commercial success.