This year, trade partners Argentina and Indonesia agreed to seek opportunities for further mutual cooperation. This decision comes on the back of increasing uncertainty around US and China trade relations, and the two countries’ highly-valued exports tied up in the economic struggle between global powers.

A diversified trade portfolio provides greater certainty for the two developing nations. We explore the background and future opportunities for trade between these strong Asian and Latin American economies. 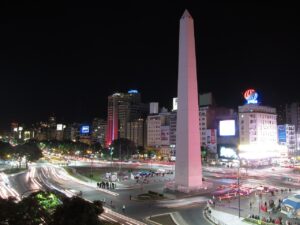 Each country hosts an embassy of the other in their capital cities, Jakarta and Buenos Aires, to support the flow of people and trade from the homeland.

Argentina and Indonesia first established diplomatic relations in 1956. Connection between the two partners was strengthened in in 1982, during the Falklands War. During this time, Indonesia backed Argentina’s claim to the Falkland Islands over that of the United Kingdom.

Each country hosts an embassy of the other in their capital cities, Jakarta and Buenos Aires, to support the flow of people and trade from the homeland.

The two countries – though wrapped up in vastly different historical and cultural realms – claim to share similar values in promoting a rules-based international order and the voices of developing nations in international fora.

Argentina’s foreign policy outlines strengthened ties with Southeast Asian partners as a priority, of which Indonesia one of the most significant.

Indonesia is Argentina’s fourth-biggest export destination in Asia, after economic giant China, and Vietnam and India. Symmetrically, the Latin American country is the region’s second-biggest importer of Indonesian goods, after its neighbour Brazil.

Two-way trade between the two countries reached US$1.7 billion in 2018 and key products moving between the nations include:

Notably, Indonesia fronts up over US$1 billion for Argentina’s soya bean oil cakes, making it the prime trade product between them. In 2016, bilateral trade increased nearly 10%, showing a growing significance of the relationship. 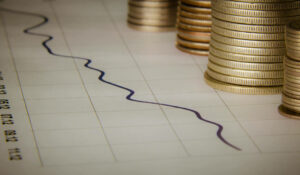 In 2016, bilateral trade increased nearly 10%, showing a growing significance of the Argentina-Indonesia relationship.

At the 2017 Argentina-Indonesia Dialogue, the countries agreed on reaching closer cooperation in a number of areas:

Argentinian and Indonesian institutions, the Argentine Institute of Agricultural Technology and the Indonesian Agency for Agricultural Research and Development, also recently signed a Memorandum of Understanding (MoU) on Technical Cooperation in Agriculture. Through this MoU, the two agencies are now seeking opportunities to work together to boost agritech development.

Seeking shelter from a potential trade disputes between key partners the US and China, Argentina and Indonesia agreed in May this year to double the value of their two-way trade.

In a bid to diversify trade relations and secure alternative export destinations, a series of Ministerial Meetings in Buenos Aires between Indonesian Trade Minister, Enggartiasto Lukita, and Argentinian officials and business contacts concluded with a ‘trade target’ for the two countries.

Trade Minister Lukita says “the two countries have great potential that has not been explored so far. Indonesia and Argentina are also regional market hubs in ASEAN and MERCOSUR.”

As Southeast Asia’s largest economy, Indonesia carries influence and opportunity in regional trade blocs such as ASEAN. Likewise, Argentina’s standing as fourth-largest economy in Latin America, ad membership to economic power MERCOSUR is a great access point to the rest of the region for Indonesia. 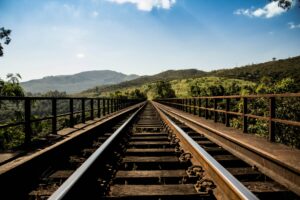 Argentina could support Indonesia in rail and air industries, and infrastructure contracts. Indonesia could increase their offerings in rubber, automobiles and parts, crude palm oil, and parts for aircraft.

Commercially, market analysts suggest Argentina could further support Indonesia in rail and air industries, and infrastructure contracts. Indonesia, on the other hand, could look at increasing their offerings in rubber, automobiles and parts, crude palm oil, and parts for aircraft. This brings about certainty and confidence for traders in these areas, and could do well to open their prospects up to two rapidly-growing regions. With the MoU for technical cooperation in agriculture, the two countries are also clearly focussed on facilitating technological innovation in their crucial agricultural industries.

This cooperation would helpfully mitigate the risk of losing supply chains for these key export products to the US and China.

Experts are quick to point out that the newness of formal ties between Indonesia and Latin American countries offers first-mover advantages for businesses looking to bridge the Pacific Ocean.

Connections between Asia and Latin America have historically been sparse. For years, Japan was the most commercially connected Asian economy in Latin America. With China’s explosive economic growth, the giant displaced Japan in 2002 as Latin America’s main trading partner. Chinese and Japanese foreign direct investment continue to lead that coming from Asia.

Slowly but surely, market observers are seeing an increasing number of engagements between other players such as South Korea and Indonesia. Under China’s Belt and Road Initiative, further inter-connectedness lies neatly in the hands of Latin American governments willing to sign on to proposed infrastructure projects and investment by the Asian giant.

What’s on the horizon?

Globalisation inevitably breaks down borders and barriers to trade for regions, even those battling the ‘tyranny of distance.’ Economic powerhouses Argentina and Indonesia aim to build greater support networks for their exports to tie loose ends. To achieve their ambitious trade target, they’re ready to support businesses looking to bridge gaps and make commercial connections.

Their symmetry as developing countries in the shadow of regional giants could be mutually beneficial for furthering shared interests and promoting commercial opportunities in international fora. Consider the advantages of making connections with your Indonesian or Argentinian business early, and fully utilize government backing to meet your business needs along the way.

Let us help you get connected

Today’s savvy entrepreneurs based in Asian and Latin American regions know now more than ever that interconnectedness with non-conventional trade partners are very valuable in realizing greater commercial and export potential.

If you’re looking to establish a presence for your export business in one or both region, then seek assistance from experts who have one foot in both camps.

Consider partnering with Biz Latin Hub, your local back-office and market-entry specialists. Our local and expatriate professionals are based across 13 offices, and we regularly provide tailored business solutions to companies looking to move into Asian and Latin America.

Reach out to us at [email protected] for a personalized business or expansion strategy.