Foreign Investment After the War: The Colombian Peace Process

Colombia is facing an unprecedented event, the ending of the 50 years of internal conflict and the possibility of peace. So what does this mean for business? We asked Steve Salisbury, a local Journalist for his take on current events. 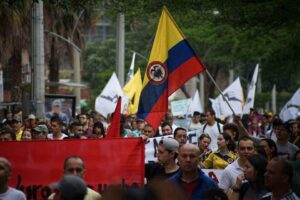 Foreign Investment After the War: The Colombian Peace Process

A Decision Boils Down to… 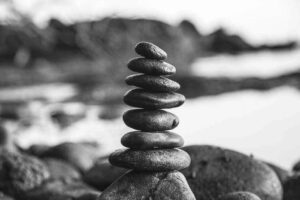 The debate boils down to: Are the terms to which Press Santos and the FARC leadership agreeing an acceptable price to pay for peace—aimed to save lives, open Colombia to greater development and prosperity for a wider range of its population, expand democratic participation, fortify the Constitution and institutionally, and contribute to national/international security? as Pres. Santos, the FARC and other peace-process supporters argue.

Or, as Uribe argues, would it eventually result in the fuelling of future (perhaps worse) violence, greater drug-trafficking and other crime, and threaten Colombia’s Constitution and institutionally, not only to the detriment of Colombia, but also to that of the international community, because it would tinker supposedly harmfully with Colombia’s Constitutional and institutional balance and would allow those who confess involvement in grave war crimes or with illegal drugs-crops to not go to jail, and thus it would supposedly perhaps be an incentive for present and future outlawed groups to grow their strength to try to get similar judicial benefits?

That is for Colombians to decide; they have to forge their own destiny, even though the international community can try to help and does help with some things.

But if Colombians (or others) are ever to reconcile, they are going to have to take the steps, even starting with baby steps. Stresses Harvard conflict-resolution expert William Ury, a helpful start would be to replace hostility with hospitality. As Ury quoted US President Abraham Lincoln in an especially important meeting where I was present, “Do I not destroy my enemies when I make them my friends?”

Some of the hardest issues—which make me think that achieving an overall peace accord by the end of 2016 apparently still could be an arduous slog, despite the agreement on the United Nations and CELAC to participate in verification of an eventual bilateral cease-fire—are:

2) The “ending of paramilitarism” issue. In a recent El Espectador newspaper interview, the FARC’s “Pablo Catatumbo” says that not every single post-“paramilitary”/”paramilitary” individual has to be addressed, but that the government, the FARC insists, has to effectively confront and subdue the “paramilitary” phenomenon, which the FARC says continues in the BACRIM (criminal bands) and other forms. “Pablo Catatumbo” said that the government must thoroughly purge the Armed Forces and police of members supposedly linked to “paramilitarism.” The Armed Forces aren’t going to like the FARC telling them how to run their own institution and whom to purge.

3) Physical security issues. It sounds like this should be handled without making a thorn bush. But after the United Self-Defense Forces of Colombia (AUC) and other “paramilitary” groups demobilized, some 2,200 demobilized “paramilitary” members have been murdered, according to former AUC leader Freddy “El Aleman” Rincon. And the FARC remembers very bitterly the decimation of the Union Patriotica political party which it supported.

4) The form and conditions of “laying down of weapons” (“dejacion de armas”). This is still not decided, and the FARC appears to want to have some sort of putting them in a secured verified “escrow” (if that would be a word of appropriate description) before their eventual decommissioning or destruction, as part of guarantees that an overall peace accord is fulfilled.

5) How to do the gathering of FARC troops in preparation to demobilization of the FARC as a guerrilla movement? The FARC plans to continue to stay organized and mobilized as a legal, unarmed, political, social movement.

6) Resolving the so-called “salvedades”/loose ends (of partially agreed points/categories) left “in the freezer.” Some have philosophical aspects, like “economic model,” which Pres. Santos said shouldn’t be part of the peace talks, or multinational company-controlling and energy/mining issues. The FARC and many other Colombians, including former president/now Sen. Alvaro Uribe, were aghast at the recent sale of the ISAGEN mostly state-owned hydro-electric power company to a private Canadian holding company and only bidder, though Pres. Santos insists on the sale being for Colombia’s good.

7) “Simon Trinidad.” The victims’/justice agreement states that all FARC prisoners are to be released. But US justice isn’t bound by that, regarding “Simon” and other FARC members in US prisons.

8) Details in all points partially agreed. For example, how to provide social, economic and reintegration measures to FARC members returning to civilian society?

9) How to do the judicial frame-work/mechanism for the Colombian Armed Forces/police, which is to be consistent with and respectful of the Special Jurisdiction for Peace, according to the victims’/justice agreement, an item yet to be determined?

10) The uncertainty of FARC members after their laying down of arms and reintegration into civilian society. FARC leaders, mid-level commanders, and rank and file are very concerned for their future. Where are they going to work? Can they make a decent living? Would people in their cities, towns or villages reject them, some even trying to do harm to them?

If you would like more information please get in contact with Biz Latin Hub. We are able to assist with your Colombian investment through the provisions services such as company formation, visa processes and financial reporting. Get in touch with Craig at [email protected].