The Commonwealth of Australia or simply Australia is a sovereign country consisting of the mainland of Australia, the island of Tasmania and numerous smaller islands. It is the largest country in Oceania and the sixth-largest country in the world. The country is characterized by immensely diversified landscapes. These include deserts in the center of the country, mountain ranges in the south-east and rainforests in the north-east. With the population of approximately 24 million people, GDP per capita of USD$50,762 and the unemployment rate of 5.6%, Australia compares closely with the best countries to live in the world.

Australia is one of the most open economies in the world with foreign direct investment representing over a third of the country´s GDP. In fact, in terms of FDI inflows, it ranks in the top 10 economies in the world. Transparency of its legal system, stable political environment, and economic liberalism attract many investors – especially from the United States, United Kingdom and a variety of Asiatic countries. 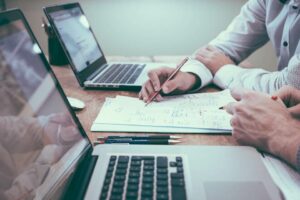 Australia is ranked as the 7th easiest economy to start a business in.

Undeniably, one of the factors guaranteeing high living standards is Australia´s enhancement for businesses and entrepreneurs. In the Ease of Doing Business Study for 2018, Australia scored 14th place. The study investigates the conditions on how easy or difficult it is to do a business, comparing eleven quantitative indicators across 190 countries. The study evaluates many factors which are crucial for the entrepreneurs when making the decision about entering a market, establishing a business entity or business expansion.

The examined indicators include, but are not limited to, the categories below:

The ‘starting a business’ indicator examines how easy or difficult is to establish a legal entity in Australia ranging from time, costs and procedure necessary for incorporation up to the labour-market regulations. Australia achieved an especially high score, ranking as the 7th easiest economy to start a business out of 190.

After deciding to start a business, the indicators related to ease of getting a location to evaluate the complication of dealing with construction permits, the time necessary to get the electricity, transparency of tariffs or time and cost of registering the property at local authorities. In this case, Australia scored especially high in terms of dealings with construction permits landing in 6th place. The reason for this high score is that most of the companies engage a third-party engineer. This guarantees high efficiency and transparency of the entire procedures.

Another crucial factor for many companies is access to finance. In this case, the collateral laws and credit information system are examined as well as the protection of minority investors. Getting credit in Australia is very easy, there are only 5 countries in the world where the conditions are easier.

‘Dealing with day-to-day operating‘ researches the business opportunities of trading across the borders and paying taxes: this includes things such as time and expenses of exporting a product abroad and importing necessary parts. For sustaining such a business-friendly environment, the crucial things are keeping the economy secure, enforcing the contracts (Australia ranked as the 3rd best country), resolving insolvency and commercial disputes and strengthening the flexibility of employment contracts – all of which Australia does well.

Without a doubt, Australia is a very attractive country for foreign investors. The key to Australia´s prosperity is the open market economy, which enhances innovation, growth, and investment in the country.

The country is globally successful, above all in the following industries:

For most Asian economies – Australia’s largest export market – high mineral and energy resources power their industrialization. In line with this information, Australia is the world’s largest producer of iron ore, gold, and lead. In addition, it has the second largest reserves of bauxite in the world. With the immense landscapes, Australia is understandably a global producer of major agricultural commodities. Around two-thirds of the overall agriculture production are exported. This accounts for approximately 12% of the nation´s GDP, with beef alone accounting for roughly 20% of total agriculture exports. Other important export commodities are wheat, meat (excluding beef), wool, alcoholic beverages, and vegetables. Australia specializes mostly on the export of premium food which meets high demand for safe commodities.

The fastest growing industries are reflected also in the amount of foreign direct investment inflows. Most overseas investments flow into the areas of mining (almost 10% of overall FDI), manufacturing (also around 10%) and financial and investment services.

The services with the highest growth potential are wealth management, healthcare, education, and tourism. Australia´s investment fund is the sixth largest in the world and also is the 3rd most popular destination for students studying overseas and its international tourism market is the 10th largest in the world. 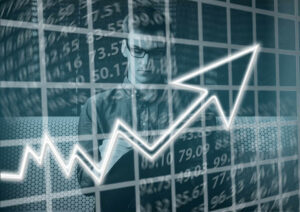 Being aware of its isolated geographical position, the Australian government continuously aims to improve its foreign trade relations. Clearly, this helps to sustain the nation’s position as a global exporter. Having a  flow of goods, services, and investments with the major economies in North America, Europe, and Asia, Australia is very well integrated into the global economy.  Undoubtedly, the most important export markets for Australia are the Asian economies. Out of 12 top export markets in 2016, 10 were situated in the Asian region. Some aspects explaining this economic interdependency are the geographical proximity, expanding economies in Asia and free trade agreements, which Australia has signed with most of the Asian countries.

Do you want to learn more about doing business in Australia?