Recently, at the eleventh BRICS Summit, Russian and Brazilian representatives and business officials laid the foundations to improve trade relations between these two countries. According to the Chairman of the Brazil-Russia Chamber of Commerce, Russia and Brazil’s economic potential could reach US$50 billion if economic interactions are energized.

In this article, we expand on the trade relationship between these two countries and how trade agreements could impact investors’ confidence in doing business in Brazil. 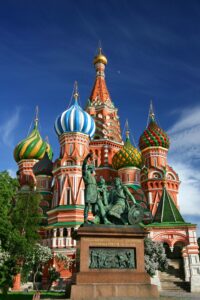 Ambassador of the Russian Federation to the Federal Republic of Brazil, Sergei Akopov, economic transactions are not at an optimal level.

Representatives and top management from Russia and Brazil met at the eleventh BRICS Summit held in Brazilthis past 13 and 14 of November.  This Summit is relevant as BRICS countries together represent 42% of the global population and 18% of global trade. Given their immense populations and overall health GDP growth, they represent attractive markets for investment.

Russian and Brazilian representatives and tradespeople held discussions and worked to identify future commercial opportunities between both countries.

According to the Ambassador of the Russian Federation to the Federal Republic of Brazil, Sergei Akopov, economic transactions are not at an optimal level. He expressed that the interaction between both countries is not yet in line with their real potential and technological capabilities. Furthermore, Gilberto Ramy, Chairman of the Brazil-Russia Chamber of Commerce stated that the current US$5 billion transactions recorder from cooperations between Brazilian and Russian businesses still leaves room for great potential in terms of what they could reach, which he stated could be up to US$50 billion.

Areas with room for improvement for Russia-Brazil trade 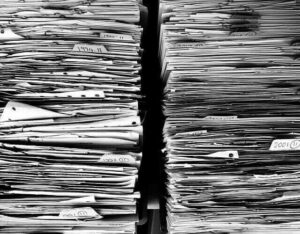 Andrew Gurvey, Chairman of the Russia-Brazil Chamber of Commerce mentioned that in order to energize bilateral trade the two powers need to work to simplify bureaucratic procedures and diversify logistics

Andrew Gurvey, who is also CEO of PhosAgro, and Chairman of the Chamber of Commerce of these countries mentioned opportunities for improvement. He has extensive experience in the fertilizer industry and mentioned that in order to energize bilateral trade between Brazil and Russia, the two powers need to work to simplify bureaucratic procedures and diversify logistics that will allow more of Brazil’s exports to reach Russia, and vice versa.

On top of that, he stated that Russian exporters have obstacles when dealing with customs regulations and obtaining import licenses in Brazil. According to him, several tax and duties applied to imported goods make products more expensive to Brazilian customers.

To facilitate Brazil’s exports and vice versa, there is room for development in simplifying procedures and negotiation more trade deals with the Euro-Asian country.

Currently, Brazil has a trade deficit with Russia, meaning that the country imports more than it exports.  In 2018, this deficit reached US$1.71 billion. In this sense, Brazil could negotiate trade agreements to propose a more balanced trade account in industries that the country is seeking to boost and that meet the demand or needs of Russian customers.

An important characteristic of Brazil’s trade relationship with Russia is that Brazil’s exports are more diversified than Russia’s, which is a positive sign as this means that the country isn’t heavily reliant on a single industry. 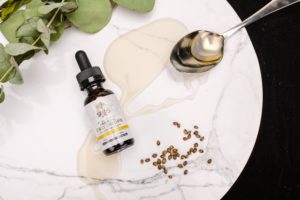 Brazil’s biggest exports to Russia are agricultural products, vehicles, and meat. In 2018, overall exports to Russia accounted for US$1.66 billion. More recently, in July of 2019, Brazil’s imports from Russia reached US$516.8 million.

Brazil imports from Russia accounted for US$3.37 billion in 2018. Fertilizers, mineral fuels and aluminum were top performers of these transactions. Given that fertilizers along almost reach US$2 billion, Brazil is an important trade partner to Russia in this industry.

The main products imported to Brazil during 2018 included:

Currently, fertilizer goods are Brazil’s main imports from Russia. In 2014, the import of fertilizers was facilitated by the abolishment of a 6% tariff on high quality environmentally friendly fertilizers made in Russia. Thanks to this, fertilizers imports increased and are part of the supply for agricultural production in Brazil.

Another strong sector for Brazil’s exports to Russia is meat. Russia stopped Brazilian beef and pork from entering its borders due the feed additive ractopamine found in some pork and beef shipments, however, this ban was lifted in November of this year.  After eleven months, Russia’s state veterinary services has approved nine Brazilian companies to resume exports. This will create more demand for Brazilian meat and contributes to the agricultural sector.

As trade agreements increase between these two countries, it becomes easier to access both markets and conduct commercial activities. 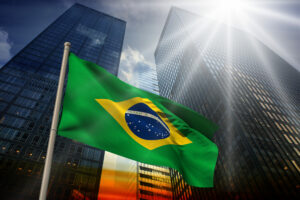 Brazil’s entrepreneurship scene is diverse, wealthy and modern. Brazil is the fintech (financial technology) hub of South America, with many fintech startups valued at more than US$1 billion and two fintech startups with values higher than US$10 billion.

After signing successful trade deals with the United Arab Emirates (UAE), China, and gaining access to many countries such as India through Mercosur’s preferential trade agreement, Brazil traders have easier access to international markets.

Globally, Brazil’s exports mainly include oilseeds, mineral fuels, ores, machinery, meat, and vehicles. This year the country experienced a boom in beef exports to China and this has energized this sector strongly.

On top of that, Brazil’s entrepreneurship scene is diverse, wealthy and modern. Brazil is the fintech (financial technology) hub of South America, with many fintech startups valued at more than US$1 billion and two fintech startups with values higher than US$10 billion. The country is also the richest in terms of its population of software engineers, which is important to support technological activities across all industries.

With more access to international markets, a more stabilized economy, and skilled labor, Brazil’s attractiveness for investment is increasing. To access this market, make sure to be knowledgeable about local legislation.

We can help you participate in Brazil’s trade scene

Navigating laws regarding company incorporation and employment standards can be complex in a foreign country. At Biz Latin Hub, we have vast experience helping entrepreneurs from over the world enter the Brazilian market.

Our group of local expert lawyers and accountants is ready to assist with Brazil trade law advice, commercial representation, visa processing, company compliance, employee hiring and more. Reach out to us today here and get started.  Learn more about our team and expert authors.

Check out our video on reasons why to do business in Brazil.