CPTPP: What Does This Mean For Business in LATAM?

The Comprehensive and Progressive Agreement for Trans-Pacific Partnership (CPTPP) has just been concluded by its 11 pacific region members at a ceremony in the Chilean city of Santiago. Formally known as the Trans-Pacific Partnership (TTP) – the partnership has been revised and updated following the USA’s withdrawal in January 2017. The remaining members are Australia, Brunei, Canada, Chile, Japan, Malaysia, Mexico, New Zealand, Peru, Singapore and Vietnam. Once the CPTPP is in force, it will be one of the largest free trade agreements in the world, affecting nearly 500 million people directly and will cover a total share of 13.5% of global GDP, the equivalent of USD$10 trillion.

What Does the CPTPP Mean for Business in Latin America? 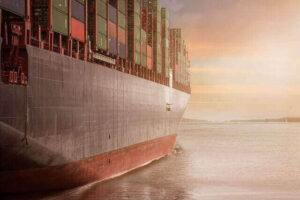 This new agreement will affect Chile, Peru and Mexico, and will facilitate access to their markets for both new and existing trading partners. It would also give them preferential access to new markets and products from the other side of the Pacific, originating from countries such as Malaysia and Vietnam. It is predicted that the reduction in trade tariffs between the members will greatly boost the economies of all parties involved. The agreement covers key areas such as textiles, technical barriers to trade and sanitary and phytosanitary measures, competition, state-owned enterprises and small- and medium-sized enterprises, labour, and dispute settlement. The plan is to work towards removing 95% of duties on traded goods in the future.

Regarding the Latin American nations specifically, Chile currently sends 17% of its exports to members of the CPTPP which is expected to increase further, especially to new destinations across the Pacific.

Peru would have preferential access to a market where seven of the partnered countries have a higher purchasing power than the world average, and prior to the implementation of the partnership, Peru did not have a trade agreement with New Zealand and Brunéi in place, which in turn will open up trading to two new economies.

Thanks to the North American Free Trade Agreement (NAFTA), Mexico already has a strong relationship with Canada. The CPTPP will rejuvenate the terms and provide heightened market access to the remaining members. Sources say that the visa requirement for Mexican travellers to Canada will be lifted, creating many opportunities for both Mexican’s and Canadians. Mexico is Canada’s fifth largest export market, and Canada’s third largest source of imports proving the ambiguous need for one another’s trading relationship.

To allow the members of CPTPP to benefit wholly, country specific reforms would need to be implemented, such as common standards for labour laws. This would also help sustain the reform momentum within individual countries, with reports suggesting that the ongoing efforts should enhance competitiveness and attract investment, and the CPTPP area could even become the point of reference for trade rules in the 21st century. 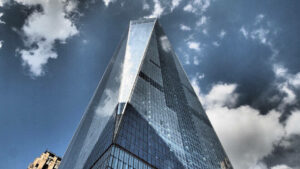 Will Other Countries Join the CPTPP?

The question on a lot of lips – will there be any newcomers to the CPTPP? The deal has been set up to allow new members to join, meaning that other large Asian economies such as South Korea, Indonesia, Thailand and the Philippines who have expressed interest in being members of CPTPP could be prospective additions. Estimates also show that if these Asian nations were to join the deal then real incomes for members would be much grander – an exciting boost for the Latin American members too!

If you are currently doing business in Latin America, or you are thinking of incorporating a business here, you may want to know more about how the CPTPP agreement could benefit you. At Biz Latin Hub we have a team of local and expat professionals with the knowledge and expertise of Latin American markets required to ensure your business venture is a success. If you are interested or want to know more then please contact our country manager, Alex Mahoney here and find out how we can support you and your business with your back-office needs.

If you want to learn more about doing Business in Latin America check out our video!