Direct Flights and Visa Benefits for Australians Traveling to Chile

Chile and Australia share a longstanding, strong bilateral relationship built on informal connections during the nineteenth century. Chile was Australia’s first Latin American connection, and since their first formal cooperation agreement – the 1996 Extradition Treaty – the two countries have cooperated on a number of topics, and enjoyed a high level of two-way trade.

Now, the Latin American country is offering an easier passage for Australians traveling to Chile. In December 2019, Chile waived the reciprocity fee Australian travelers have been required to pay when entering the country. 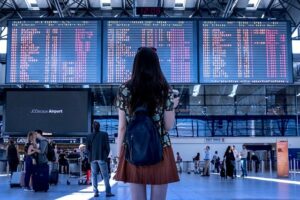 In December 2019, Chile waived the reciprocity fee Australian travelers have been required to pay when entering the country.

Chile’s recent decision to ease the journey for Australian tourists to Latin America includes removing the requirement for an entry visa until May 2020, and waiving the AU$170 (approximately US$117) reciprocity fee.

In May 2020, holidaying Australians traveling to Chile will be able to use an electronic visa to enter the country.

Not only has this decision made it easier for Australians to travel through the country commonly referred to as the ‘gateway to South America,’ but it improves the passport power of Australian passports. Already, the Henley Passport Index considers Australia’s passport as one of the most powerful in the world, ranking ninth equal out of over 180 countries in the world.

What is a reciprocity fee?

A government may apply a reciprocity fee to certain foreign nationals entering its territory, if the foreign travelers’ home country applies a similar fee to its own citizens upon entry. In this way, the levied fee is ‘reciprocal’, and usually imposed as a response to another government’s decisions.

As the two countries share tight bonds, many are relieved that the journey for Australians exploring South America has become cheaper. Chile is also typically a first port of call for Australians, due to its proximity.

Increased options for direct flights from Sydney to Santiago 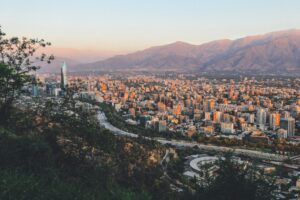 Chile is typically a first port of call for Australians, due to its proximity.

In May this year, popular Latin American airline LATAM introduced direct flights from Australia’s capital, Sydney, to Santiago, the capital of Chile.

Later, in August, Qantas announced additional direct flight services between the two capital cities. After introducing the first set of direct flights in 2012, Qantas claims to have received increasing demand from both Australians and South Americans for more.

Most flights between Sydney and Santiago make a stop in Auckland, New Zealand. Currently, the only other Australian city to offer direct flights to Santiago is Melbourne.

Increased options for direct flights between Australia and Chile means greater ease of travel and access to South America and the South Pacific for tourists and business people alike.

After this decision from Chile in December, Australians traveling to Chile will have an easier time accessing Chile and the rest of the region for both work and play. Though a new visa for Australian travelers will be reintroduced in May 2020, the electronic visa is intended to improve efficiency and speed of moving through Chile’s airports for Australians.

As South America becomes a more strategically and economically viable location for expanding businesses, there are now fewer barriers to entry for Australians traveling to Chile to scope out work opportunities. While the new electronic visa will be tourism-focussed, increased direct flights and cheaper access to the country make Chile the optimal stepping stone for Australians crossing the Pacific.

According to Australia’s Department of Foreign Affairs and Trade website, Australia and Chile welcome a large quantity of visitors from each other’s countries (figures taking directly from DFAT):

Commercial opportunities for Australians in Chile

Chile and Australia’s trade partnership is diverse, and includes two-way trade valued at around AU$1.4 billion. Key trade areas include: 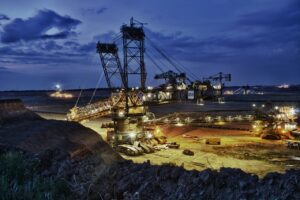 Australia and Chile are developing a number of areas of mutual cooperation. They share strong economic similarities in their mining prowess, agriculture, education and research, and people-to-people performance efforts.

There’s great opportunity in these areas for Australia and Chile to develop stronger business connections. Currently, there are around 120 Australian companies operating in Chile. A strong free trade agreement (FTA) established between the two in 2009 paved the way for Australian mining, energy and agriculture companies to operate in Chile.

With an increasing momentum for technological innovation in these key areas the two powerhouses cooperate on, there’s potential for businesses in Australia and Chile to move abroad. In particular, a growing aptitude for mining and agricultural technology and innovation makes Australia a valuable source of knowledge and advanced market offerings for Chile.

Chile is an exciting and economically attractive destination for Australians to do business, and has now become easier for entrepreneurs to access.

Australians traveling to Chile for business or leisure can now enjoy fewer barriers to entry for tourism and work purposes. Chile acts as a supportive stepping stone into the region for expanding Australian businesses.

To start your journey as an Australian company in Chile, reach out to Biz Latin Hub. Our international teams of local and expatriate experts across Latin America and the South Pacific understand what you’ll need to develop your commercial venture in Chile. Our multilingual suite of market entry and back-office services in Chile and Australia will ensure your expansion starts off on the right foot for long-term success.

Contact us here to get personalized advice on how we can support your Australian business in Chile.