Why Ecuador is the Best Jurisdiction for an Import / Export Company?

Globalization and increasing competition have lead businesses to step outside of their native countries and expand into new markets to boost profitability and long-term stability. Import and export companies may not be the most glamorous of businesses, but unlock millions of dollars in potential revenue, and are a key investment opportunity for savvy entrepreneurs.

Today, we’ve put together the reasons why Ecuador is the best jurisdiction for setting up an import and export company in Latin America and offer advice on how to boost profitability in the country whilst growing your business in both Ecuadorian and global markets.

Establishing a business in Ecuador is a simple and straightforward process. Entrepreneurs can choose from a range of legal structures for their organization, including:

Each structure offers its own unique benefits and drawbacks, and as such reading through the full list before making the final decision – and liaising with a local expert – makes sense.

Businesses in the country can be foreign-owned, and firms can sponsor foreign employees should they wish to utilize the skills and expertise of employees from their home country. It takes just US$400 to start a business in Ecuador, meaning there are low barriers to entry to set up an import and export company, and the fact that there are no foreign exchange or capital controls only adds to the potential profitability of international expansion.

Entrepreneurs looking to launch an import and export business can expect to go from the initial paperwork to trading with a corporate bank account in as little as four weeks, which makes a company formation in Ecuador all the more attractive. At a time when the business world is more competitive than ever before, finding a gap in the market and importing goods before competitors stand a chance is vital. 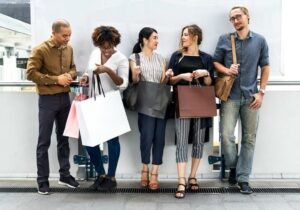 Ecuador’s middle-class citizenship has ballooned from 14% of the general public in 2008 to 35%.

According to the United Nations Program for Development (PNUD), Ecuador’s middle-class citizenship has ballooned from 14% of the general public in 2008 to a respectable 35% of the population, demonstrating the growth in the country’s economy. Figures are even better in urban areas, where middle-classes make up 45% of the population, offering an advantage for businesses that want to operate in the country’s key cities, like Guayaquil, Quito, Cuenca, and Santo Domingo, whose citizens have higher-than-average disposable incomes.

In the past two decades, Ecuador has dramatically improved its economy, which as a result has to lead to a reduction in poverty across the country. Ecuador has been ranked as having the second-best record for reducing poverty in Latin America, whilst PNUD shows that from 2007 to 2012, the country was ranked number one for the largest progress in the global ranking table ratings, further proof of the country’s stable and buoyant economic position.

Businesses looking to enter into the luxury goods market or sell services and experiences will be able to benefit from the country’s middle classes, utilizing their higher incomes and attitudes towards spending and quality goods to sell more merchandise in the country. When paired with the fact that the average salary in Ecuador is roughly US$483 per month, savvy investors can maximize profitability by simultaneously taking advantage of low running and manufacturing costs and the country’s growing demand for luxury, high-quality goods. When this is paired with the country’s low import tariffs, running an import/export business makes a lot of financial sense, but securing the right products at the right price is critical to success.

In late 2016, Ecuador signed the Protocol of Accession of Ecuador to the EU’s Trade Agreement with Colombia and Peru, opening up new markets on both sides of the Atlantic and enabling Latin American and European businesses to trade more openly and freely. At present, the agreement is in its early stages, however, it has already helped to create the right framework for long-term trade and investment between the two territories, and offer businesses in Ecuador the ability to manufacture goods and services to export to lucrative European markets. As of 2015, the market capitalization for the European Union stood at an eye-watering US$7,184,710,000,000, a figure that will only rise in the coming decades.

At present, the European Union is the third largest bilateral trade partner with the Andean countries (Colombia, Venezuela, Ecuador, Peru, Bolivia, Argentina, and Chile), with total trade in 2016 measuring in at €25.2 billion. Andean countries, at present, export primary products, like agricultural goods, to the European Union, which offers significant opportunity for markup and the ability to add value to raw materials, such as turning corn into cereals and biscuits, and turning meats into jerky and burgers to sell in European markets.

The EU, on the other hand, exports manufactured goods, such as transport, machinery, and chemicals, to the Andean states. This offers businesses operating from an EU base a great advantage when selling to Ecuador and other Latin American countries, allowing significant profit margins on product lines. As this new agreement enters into fruition, we’ll see a major increase in trade between the territories, adding potentially billions of US dollars to GDPs. 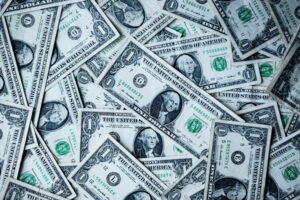 Thanks in part to the growth in trade between Latin America and the United States, Ecuador adopted the United States Dollar on September 11, 2000. Currency is one of the largest barriers to international expansion, as many entrepreneurs are unprepared to take the risk of trading in a new market with a new currency, only to lose money when they convert profits back into their native currency. That’s a legitimate concern – the world’s economy is more turbulent than ever, and currencies like the Euro and Great British Pound Sterling have seen huge drops in value over the past five years.

Being able to trade in USD, your business will be able to make more confident import and export decisions and know exactly how much you’re paying for goods and services.

Finally, another reason why so many entrepreneurs are setting up import and export businesses in Ecuador is that the country does not charge export taxes or tributes on goods. Imported products, however, can be charged with up to four taxes depending on the tariff classification.

The first is the AD-VALOREM, which takes the merchandise cost, and adds insurance and freight to the tax base. FODINFA, a Development Fund for Children, adds a 0.5% tax to imports, whilst ICE (Special Consumption Tax) and VAT (12% applied over tax base) can also be added depending on the category of your products.

It’s important to understand the import and export processes and taxes before setting up a business in Ecuador, in order to determine whether you’ll make a profit from your merchandise once taxes have been paid.

Set Up A Company In Ecuador

Today’s savvy entrepreneurs know now more than ever that Latin America is a key player in today’s globalized economy, and are flocking to countries including Ecuador in mass. If you want to establish a presence in the country and set up an import and export business, then you should have the necessary expert assistance on hand before starting an expansion.

Consider partnering with Biz Latin Hub, your local back-office and market-entry specialists. Get in touch with our team of experts today.

Check out our short video below and see how our market entry services can assist with your global expansion.