Traditionally, Colombia has been a safe investment option for coffee, oil and most recently has benefited from an exploding tourism industry. New York Times placed the country as the second most desirable travel destination in the world, behind what could be considered as a rather controversial choice, New Orleans. This is popular recognition is indicative of a wider national trend in the country; a fervent desire to remodel a tainted reputation and welcome the benefits of globalization and foreign investment. The transformation in recent years has been remarkable and has allowed for the growth of a bustling and far more varied industry. Colombia is now a regional leader in software development and agro-industrial services, to name but a few.

Many individuals and companies are choosing Colombia as their prefered Latin America commercial jurisdiction, with region seeing a huge increase in the formation of local Colombian companies by foreign businesses (given that Colombia allows for 100% foreign ownership).

This article will provide a brief explanation of the current political and economic performance in Colombia.

It may seem futile to spell the following out, but the impact that FDI (Foreign Direct Investment) has had on the Colombian workforce has been colossal. It is a simple, circular relationship which, for many, has been a major contributory factor in driving the recent upsurge in domestic performance, consumption expenditure and overall regional economic prosperity. How does it work?

A talented and well educated Colombian workforce can be employed by investors for slightly cheaper prices than in Europe or North America. This may in the form of a PEO solution, or through the incorporation of a local entity. Not only monetary investment, but investment through the introduction of industrial expertise, commercial know-how in addition to indirect “spillover effects” from FDI have supported economic growth in the region. This, in turn, drives competition in the country, forcing workers to ‘catch-up’ or be ‘left behind’, and creates a more talented and specialised workforce than the one that existed before. As a result, new industries will want to capitalise on the growing and modernising workforce and potential in the country. As so wisely stated in Star Trek, “Change begets change. Nothing propagates so fast”.

This cycle can be used to explain the recent ‘boom’ that Colombia has enjoyed in various key industries such as e-commerce and agricultural technology. Indeed, it is a trend that can be seen across the Latin American region and is a major factor in making the continent so treasured and desirable – the opportunities for commercial growth are endless.

PRO TIP: Allying yourself with a local agent or company can be a very smart way to get insight into industry performance, to understand local legal requirements for operation in different sectors and to receive assistance in finding the right team to join your company! 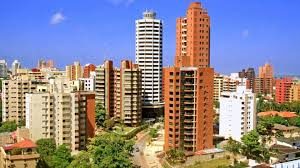 The Colombian economy is growing year on year

Another recent development in Colombia that has facilitated economic growth has been the considerable domestic effort to improve the telecommunications infrastructure in the country. Responding to the demands of a further digitized global economy, Colombia has invested heavily in improving its internet speed and efficiency. The GSMA (Global System for Mobile Communications Association), a European-based company that promotes the expansion of telecommunication software and the improvement of mobile networks for social gain, estimates that in 2016, the telephone network industry accounted for roughly US$10.3 billion, 3.8% of GDP. They estimate that by 2020, the industry will be worth over US$13 billion and will account for 4.2% of the GDP!

Much of the evidence collected in the GSMA Country Review points to an improving telecommunications infrastructure, with nearly 95% of the country having access to 3G coverage, but also to various areas where the country lags behind regional averages. One problem that is particular to Colombia, is the fact that much of the population lives at high altitude and therefore lack communication resources. Given the well-documented advantages of widespread access to the internet and the technology that is available in other parts of the world, perhaps there is a very interesting industry entrance point for foreign investors… 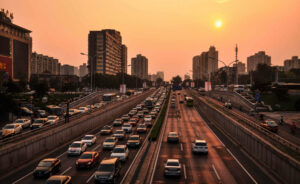 Where to do business in Colombia?

After a successful decade in terms of social security and peace negotiation talks to clean up the countries infamous legacy, previously unimaginable destinations such as Cali, hugely affected by cartel violence in the 90s, are now crucial business destinations in Colombia. Indeed, there are business opportunities flourishing in all regions of the country, from Bogotá to Barranquilla. Listed below are some of the major destinations for commercial activity and some information on the industries that are growing.

Colombia has an economy of roughly USD$300 billion and is the 4th largest economy in Latin America. It also is a country with an impressive network of Fair Trade Agreements, giving access to an overall market of USD$43 trillion. The potential is evident for all to see, and the signs suggest that the country will grow and grow.

At Biz Latin Hub, we are passionate about assisting entrepreneurs to achieve their commercial goals in Latin America, as based on first-hand experience, investment and entrepreneurship are the finest ways to inspire change and development in a country, while simultaneously obtaining commercial success. With our extensive suite of multilingual back office services, we can assist any client to navigate the occasionally complicated world of Colombian business.

Reach out to our bi-lingual CEO, Craig at [email protected] and see how our team can support you in Colombia.

Check out the video below for more information on doing business in Colombia!