What are the Free Trade Agreements in Argentina?

Historically, free trade agreements have not been part of the psyche of Argentina’s governments. Argentina has traditionally been a nation with an inward-looking business environment, following a set of protectionist laws and regulations. Since 2015, however, president Mauricio Macri has sought to open Argentina’s doors to international business.

In order to achieve this, Macri has been active in promoting greater integration through free trade agreements. Since his inauguration, his political narrative has been ‘opening Argentina to global trade’. Macri has been successful with this mandate, opening up a number of trade avenues, allowing greater exports of Argentinian produce and improving bilateral relations as a consequence.

Though Argentina has been part of regional trade groups and global trade blocks for a long time, its role has been more passive than active. Macri has been trying to reverse this attitude set by the Peronist government’s legacy. 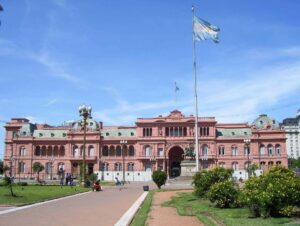 Macri successfully organized for the WTO’s ministerial conference to come to Argentina for the first time.

One of these trade blocs is the World Trade Organization (WTO). Argentina has been a part of the WTO since January 1995. Whilst being a long-term and well-integrated member, Argentina has generally taken a back seat in its activity. However, in 2017, Macri successfully organized for the WTO’s ministerial conference to come to Argentina for the first time. By opening its arms to the world’s largest trade group, Macri achieved a monumental political triumph; sending a signal to the world that Argentina is open for business and welcoming foreign investors gladly.

More significantly, however, 2017 also brought about Argentina’s signing of the WTO’s Trade Facilitation Agreement, becoming the 128th WTO member to do so. The agreement pledges to reduce red tape, simplify and modernize all trade between WTO members with the aim of decreasing global trade costs by 14.3%, roughly USD$1 trillion per year. The signing of this pledge shows Argentina’s determined intent to integrate itself further into the fabric of global trade and international business.

Argentina is one of the original members of the MERCOSUR trade group. Other full members include Brazil, Paraguay, and Uruguay. The MERCOSUR trade group, being the world’s third-largest integrated market, is without a doubt the most important trade group Argentina is part of, being responsible for most of its trade in and out of the country. Much of Argentina’s trade is facilitated through the multilateral deals embedded in the MERCOSUR. The bloc has free trade agreements with Mexico, Peru, India, Egypt, Israel and most recently, the European Union.

Macri has aimed to bring Argentina more comprehensively into the MERCOSUR fold. During his term as president ‘pro tempore’ of the group, he was active in promoting the agenda of the trade group saying “we are going to increase our ongoing negotiations in the MERCOSUR, and develop new ones that generate global value chains. We want to give more opportunities to our companies, SMEs and entrepreneurs”. He added that MERCOSUR will “continue to make progress in convergence with the Pacific Alliance, as this will allow us to build a more productive region, with coasts on two oceans, helping it become one of the most dynamic hubs for growth in the world.”

His determined narrative of advocating Argentina’s integration in the regional trade group is something he hopes will encourage Argentinians to see the potential and opportunity international trade brings. 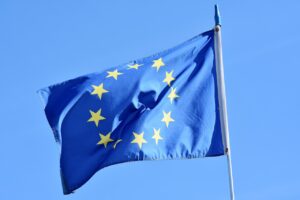 Macri – “The MERCOSUR agreement with the EU is the most important in our history.”

Apart from Brazil, the EU is currently the destination for the largest proportion of Argentina’s exports (13.4%). After discussions lasting almost 20 years between the two trade blocs, a deal was finally struck on 28 June 2019. The agreement was signed by MERCOSUR president, Mauricio Macri and president of the EU Commission, Jean-Claude Juncker. Upon ratifying the agreement, Macri stressed that “the MERCOSUR agreement with the EU is the most important in our history”. The deal connects 780 million people together and eliminates billions of dollars worth in tariffs, making it one of the largest and most significant trade agreements ever struck.

The agreement’s most significant overhaul was the change in the import and export laws of agricultural produce; provoking objection from European farmers but creating opportunity from Latin America’s. Having reduced tariffs on produce from Latin America, namely wine and beef, Argentinian farmers have another huge consumer base for their products. This serves as another example of Argentina’s industries heading in the right direction towards greater global integration.

Another major trade agreement with the Latin American trade group is the India – MERCOSUR preferential trade agreement. Coming into effect from June 2009, the deal had the ultimate goal of granting reciprocal fixed tariff preferences. After 6 rounds of negotiating, the two groups agreed to a list of 450 products each that would receive reciprocal tariff reductions.

From India, these products included rubber and tires, plastics, pharmaceuticals, spices and machinery items. From the MERCOSUR, tariffs were reduced on meats, raw hides and skins, leather, wool, cotton, and iron.

Argentina’s benefit from this comes specifically in the goods of meat, raw hides and leather, of course being famous for its beef production. 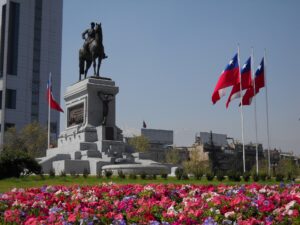 Protocol 61 is the most encompassing trade deal between Chile and Argentina to date.

In March 2019, president Piñera from Chile and Macri from Argentina got together to celebrate the ratification of the new trade deal between the two nations named ‘Protocol 61’.

Argentina and Chile share one of the longest land borders in Latin America yet have always have struggled on the trade deal front. Protocol 61 is the most encompassing trade deal between the two nations to date. It extensively covers the trade of goods, services, and investments; what their tariffs are and what the legal requirements are.

The agreement goes on to outline labor laws between the two countries and even establishes a shared environmental policy. It also includes the deregulation of a whole host of economic activities, most significantly e-commerce, making goods in both nations far more easily obtainable. Possibly the most significant aspect of the agreement, however, is the chapter on the ability for companies in each of the two nations to bid on one another’s public contract tenders. This is a huge leap forward for Argentina in particular to allow Chilean companies to operate on government-level contracts.

6 months on from the ratification of the agreement, both nations are benefitting. The majority of trade occurring at the moment is within the foods industry where Argentinian farmers are getting better prices for their produce over the border as a result of their recent economic situation.

As Argentinian elections take place this year, the results will determine how Argentina approaches free trade in the future. Macri will continue the opening of free trade, whilst Fernandez will likely focus more domestically. Nevertheless, Argentina will remain a full member of the MERCOSUR, a trade bloc which will always continue to promote free trade agreements.

As long as Argentina stays a member, Argentina will remain somewhat open to trade.

Expanding to Argentina? Engage with a local legal expert

Argentina is the fourth-largest economy in Latin America and is more accessible than ever to investors. To take advantage of this window of opportunity, investors will need a knowledgeable partner to navigate Argentina’s complex company formation process.

Biz Latin Hub have legal and accounting experts all across Latin America. Our services specialize in foreign company incorporation and market entry strategies. Contact us today here to discuss your Argentinian opportunity.