What are the Free Trade Agreements In Peru?

Having previously seen Peru’s recent growing economic ties with Asia in terms of trade, we are now going to have a close look at the position it has internationally as a trade partner. We will be going over the preferential deals Peru has with its trade partners around the world in this article.

Peru’s economy relies mainly on its natural resources. Approximately 15% of its GDP depends on its extraction and export. It is one of the largest producers of copper, gold and zinc in the world. This explains Peru’s need to be open to world trade, as its economic well-being is intimately connected to the trade partnerships it benefits of. 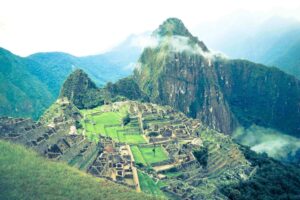 Politically speaking, Peru has been working towards becoming a major player on the global scene. By 2015, there were three special political entities designated as export, transformation, industry, marketing and service centres. These are known as the CETICOS (Centros de Exportación, Transformación, Industria, Comercialización, y Servicios). These are partly responsible for Peru’s quick global expansion.

We are now going to give an insight into the present trade agreements and organizations Peru is part of today. The most recent one is the Australia Peru Free trade agreement that has opened up even more possibilities for the country. You can find up-to-date information on that new agreement at Biz Latin Hub. We will proceed by looking at the largest trade deal, which is that of the WTO (World Trade Organization), and then we will turn towards the smaller unilateral trade agreements Peru has.

This is the largest most important organization in the World when it comes to trade. Peru has been a member of the WTO since its creation in 1995. Rules concerning trade amongst almost all the countries in the world are discussed within this institution. Peru finds itself in the middle of the 164 biggest trading economies in the world. So far, all the commercial agreements reached at the WTO have been ratified by Peru’s domestic law. Peru is thus well represented worldwide in terms of trade.

Peru, an Active Player in the LATAM Region

Since its creation in 1969, Peru is an active member of the Andean Community of Nations (CAN). The other three full members are Bolivia, Colombia and Ecuador. Peru shares benefits with these countries which include lower trade customs duties for goods, sub-regional liberalization of service markets, community regulations regarding intellectual property, in addition to land, air and water transport. This organization also has associate members such as Argentina, Brazil, Paraguay, Uruguay and Chile who share strong economic ties with the CAN.

The Pacific Alliance is the second regional organization Peru is a member of. Chile, Colombia and Mexico are also members. It was created in 2011 through the Declaration of Lima. The objective of this organization is to further regional integration, growth, development and competitiveness in the zone. This organization aims to create a new FTZ (Free Trade Zone) in order to boost the trade of not only goods but also services, capital and people. This organization is dear to Peru as it offers a direct access to a vast market of new consumers. So far so good we might say since, as of 2015,  all trade barriers between the four countries have been removed. Also, this organization emphasises importance in the Asia-Pacific region which offers new trading opportunities for Peru. It is internationally recognised, as it represents the World’s 6th largest economy and 36% of Latin America’s GDP. Through Peru´s Pacific Alliance, Peru has attracted a lot of foreign interest and consequently FDI’s (Foreign Direct Investment) which has revealed to be very beneficial for its economy. Below we will outline the bilateral agreements in Peru all across the world so you

Peru’s Bilateral Agreements in the Americas:

Before we start looking at Peru’s bilateral trade agreements, you may be wondering where MERCOSUR stands amongst all this. While Peru is only an associate member of MERCOSUR, an agreement was signed in 2006 between Peru and Argentina, Brazil, Paraguay and Uruguay. This gave Peru access to a new market of 275 million consumers The objective of this agreement (ACE 58), was to boost business trade and to establish a legal framework for company integration and lower custom taxes. This initiative bore fruits for the country because since 2012 Peru does not pay any tax when it trades with Argentina and Brazil. 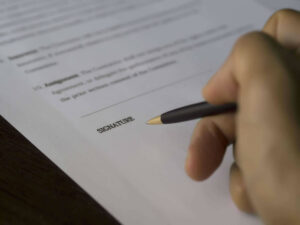 This agreement was enacted in 2009, thus creating a new free trade zone between both countries. This agreement also has dispositions to protect free trade and competitiveness, prohibit fiscal dumping and promote essential health and safety regulations. As a result of this agreement, between 2009 and 2011 there was an increase in trade of 702% between Peru and Chile. Since then, Chile is present in most of Peru’s sectors of production.

There has been a free trade agreement between Mexico and Peru in effect since 2012. This agreement aimed to boost commercial ties and doesn’t have a time limit. It promises free trade of goods, services and investments between both economies. Mexico is the second largest economy in Latin America and this agreement has offered great opportunities for Peruvians, particularly when it comes to importing manufactured products such as canned fish, cookies, timber, shrimp and other previously unknown products.

Enacted in 2009, the PTPA also eliminates taxes and removes barriers to trade between the US and Peru. This agreement promises a secure legal framework in both countries for investors to pursue safe placements. Great opportunities emanated from this agreement, including agricultural ones for US farmers who could, from then onwards, export their goods for free to Peru.

The European-Union is a crucial market Peru needs to have access to. In 2013, a free trade agreement was signed giving Peru a direct access to more than 490 million consumers because the EU itself grants free trade between member countries. The EU represents a fantastic market for Peruvian goods as it is demanding for growing quantities of asparagus, avocados, coffee, fruits and other agricultural goods.

Peru and China have been sharing close economic ties since the beginning of the century. In 2010, the free trade agreement was enacted, granting Peru access to a market of more than 1.35 billion consumers. While Peru mainly exports resources such as copper, iron, lead and zinc, it imports mostly manufactured goods from China in exchange. This trade has proven to be very beneficial for both countries, and it has brought many Chinese investors to Peru in the competitive sectors of mining, agriculture and energy. 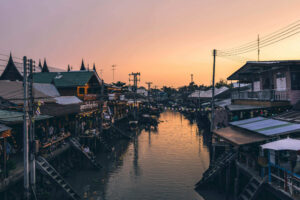 This foreign trade agreement was enacted in 2009. It covers 100% of traded products between Singapore and Peru. This FTA facilitates food trade as it has improved transparency relating to sanitary and phytosanitary quality which previously was unclear. Regarding company formation, Peru and Singapore agreed to make sure that companies from the other party would be able to compete on an equal footing with domestic suppliers for government contracts above certain thresholds.

Trade between Thailand and Peru has been increasing exponentially since the enactment of the free trade agreement in December 2011. Thailand mainly imports minerals (zinc, copper) and food such as flour, fish meal, fish pellets, fresh grapes, and cuttlefish from Peru. There are still positive effects emanating from this agreement to be seen in Peru as many Thai businesses are considering investing in Peru. As a result of this agreement, more and more Thai companies are opening their doors in Peru.

The Free Trade Agreement between Peru and South Korea came into effect in 2011. South Korea is the third Asian country to have signed an FTA with Peru. This FTA has a validity period of 10 years, and its main aim is commercial: make trade free of taxes to boost commercial exchanges of goods and services. Through this agreement, Peru has been granted the access to a vast market of fresh agricultural products.

Peru has many FTAs, and it still is on the lookout for more. Negotiations are underway with India for a potential future free trade agreement while Turkey seems settled to sign an agreement by June 2018. This strategy of opening Peru to the global economy is symbolic of its fundamental decision to become a leading economy in Latin America. Peru is a rich nation with huge potential, whether we are referring to its minerals or its cultural diversity. These trade agreements will undoubtedly attract foreign interest.

Having seen the many FTAs Peru has with its neighbouring countries, you may be thinking of doing business, trading your merchandise, or meeting new clients there. There are different company structures in Peru you may want to be aware of if you’re thinking of forming a company there.  Biz Latin Hub’s advice would be for you to seek assistance from a trade lawyer in Peru if you are interested in trading in the country. This will enable you to be certain you are playing by the rules. Free trade agreements don’t necessarily mean that you will have to sort out less paperwork for your merchandise than before. As a matter of fact, it often is the contrary. This is also the case for company formation. Peru has complex legal and accounting regulations only Peruvians lawyers and accountants are fully aware of so you will be safer investing with the assistance of a  company that has experience in the market,

Biz Latin Hub is owned and managed by an experienced team of local and expat professionals. We draw on our local expertise and global experience to assist our clients in navigating their way through the complexities of the Latin American business environment.

Contact us today to find out more about how we can support you.

If you want more information on how to form a company in Peru, check out this video!