A rapid rise to economic prosperity, a handful of valuable trade agreements and a range of innovative tax regimes have successfully converted Central America into an appealing location for the foreign investor.

There are several common misconceptions about Central America’s levels of development, safety, and security for investments. Whilst no doubt certain areas of the region are less developed than others, some are experiencing economic growth on an unprecedented scale, and make excellent hosts for incoming businesses.

Central America’s past is not an accurate reflection of its current standing, particularly for El Salvador, Costa Rica, Panama, and Belize. These four nations have rocketed ahead on compound annual GDP growth over the last 15 years, particularly in the case of Panama, which showcases a 300% GDP growth since 2004. 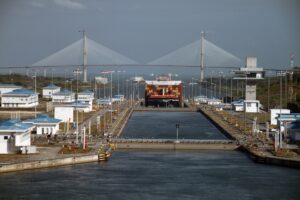 Central America’s location lends itself perfectly to international trade. Positioned centrally as a bridge between the two hemispheres with access to both the Pacific and Atlantic Oceans makes Central America a major hub of global maritime trade routes. No other region can claim to have such direct access to the three largest consumer markets – North America, Asia, and Europe.

Of all Central American nations, Panama, known as the launch pad into Latin America, leads on the trading front. The Panama Canal generates approximately $USD2 billion a year just as a maritime thoroughfare. When combined with the free trade zone at the entrance to the canal, a total of $USD20 billion is generated for the economy in re-exporting exercises. Thanks to its prime location and tax exemptions, many multinational companies base their operations around this area including the likes of Huawei, Sony, and HP. As a region that prospers by the nature of its location, a goods and retail business looking to expand internationally needs look no further than these Central American nations.

As mentioned above, one of the primary attractions of Central America is the free trade zones (FTZs). Of course, the famous one is the Colon Free Trade Zone in Panama, being the second largest in the world and attracting some of the world’s largest companies. However, what is lesser known is that there are a large number of other FTZs located all around Central America, consistently offering competitive tax rates to incoming businesses.

Costa Rica has 23 free trade zones in total split up into manufacture (13), service (4) and industrial (6) parks each offering their own set of tax incentives. Free trade zones count for 9.2% of the country’s private sector employment and since 2015 has accounted for 1 in 5 formal jobs created. 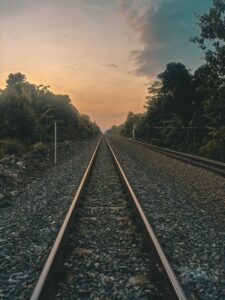 Free trade zones tend to locate near main distribution routes such as ports, airports, and railways.

El Salvador has 17 free trade zones of which 5 operate as service parks. These areas offer 100% income tax exemption, full municipal tax exemption and duty-free import of machinery, materials, and equipment needed for company activities. The zones are located near main distribution routes such as ports, airports, and railways.

Panama has 12 free trade zones with 6 more currently under development. Second only to Hong Kong, they also have one of the largest free zones in the world. Panama also offers 100% income tax exemptions on activities associated with export. They offer 5% tax on dividends and full import tax exemption. Currently, over 3000 companies operate within Panama’s free trade zones with many more expected on the finalizing of the 6 areas under development.

Belize has 5 free trade zones. 3 operate as Export Processing Zones whilst 2 operate as Commercial Free Zones – the most famous being the Corozal Free Zone located next to Mexico. Companies operating within these zones are exempt from customs duties, capital gains tax, export tax, and property tax.

One sector in which Latin America has been slow in adopting has been renewable energy. Due to the strength and depth of the oil and gas industry, renewables are an area that is underexplored and unincentivized. However, this cannot be said for Central America.

Costa Rica has hugely incentivized renewable energy business conditions and in 2018, made global headlines when they ran for 300 days using only renewable-sourced energy. Previously, Central American nations ran solely on imported oil and hydro from their waterways. Consequently, Central America was extremely vulnerable to volatile international oil prices and its rainfall. To combat this, many Central American and Caribbean nations launched extensive alternative energy programs.

These projects have successfully garnered support and funding from the World Bank. By their necessity to adapt, Central American nations are collectively becoming global pioneers in the field of renewable energy. If searching for a destination to expand your business, look no further, Central America would act as a strong host to any renewable energy company.

Thrive in the technology sector

Costa Rica, El Salvador, and Panama have all undergone drastic changes in their traditional sectors of textiles, agriculture, and fishing. The redirection occurred as Latin and Central American education systems significantly improved in the early 2000s. 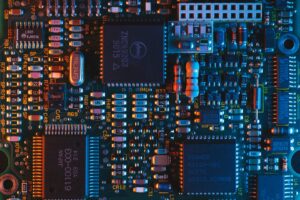 There is a large emphasis on the technology and innovation sector in Central America.

Central American governments were also intelligent in recognizing the cost-benefit investment opportunity that tech training has. Today, also partly thanks to multinational tech businesses locating to Free Trade Zones, there is a large emphasis on the technology and innovation sector.

Whilst a change in sectors from rural to high-tech is clear, wages remain relatively low allowing companies to benefit from a tech-literate and bilingual workforce for low costs. Some might say that there are many low-cost destinations for technology businesses.

Need a partner in Central America?

As central America continues to undergo its economic boom, foreign investors are flocking to take advantage of the commercial opportunities lying in wait. Whether Central America appeals to your business for geography, tax, trade or any of the other multitude of reasons, you will need a partner to help navigate the new territory.

Biz Latin Hub provide commercial legal and accounting services all across Latin and Central America specializing in partnerships with businesses taking their first steps in a new market. For a consultation on your market entry into Central America, get in touch today here at Biz Latin Hub.