Why Invest in the Brazilian Mining Industry?

Predictions for 2018, show that many Latin Americans will benefit from the recovery in commodity prices; it well known that natural resources make up a large part of the exports that Latin America offers to the world. This also means that the region is full of investment opportunities for those involved in the extractive industries such as mining. In this article we give you an overview on the mining industry in Brazil and how opportunities are opening up.

Brazil is the fifth largest country in the world in terms of territory and its land possesses many mineral resources. So much so that Brazil is one of the main mineral exporters in the world. Mining accounts for almost 7% of Brazil’s GDP and as such it can expect to profit largely from the recent recovery in commodity prices. 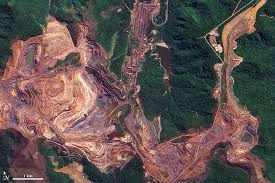 Brazil’s soil is rich in all sorts of minerals.

What Are the Investment Opportunities for Mining in Brazil?

The Brazilian economy has suffered from an economic recession over the last years, mainly due to corruption, political instability and a drop in commodity prices. However, thanks to economic reforms and a uptick in commodity prices, the economy is recovering again causing rapid growth in the mining industry. 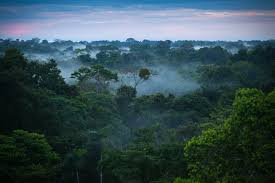 The Brazilian government opened up a large area in the Amazon for mining activities.

In addition, to stimulate economic activity and the mining sector even more, the Brazilian government has recently opened up previously protected areas for mining activities. The region in question covers an area bigger than Denmark of which 30% will open up for mining activities. Besides its enormous size, the land is also rich in gold and other minerals. The government’s objective for this initiative is to attract new investment, generate wealth for the country and improve employment rates and income for Brazilian society. Undoubtedly, this will create many opportunities for companies who would like to do business in Brazil. On the other hand, this measure has caused various environmental activist groups to express their concerns regarding deforestation and the protection of the indigenous groups located in this area. However, the government ensured in its statement that conservation projects and indigenous lands located in this area will continue to be protected. The government will also launch a policy that will increase fines for environmental damages. Sensitive issues like these emphasise the need for mining companies to perform appropriate due diligence checks.

The mining market in Brazil is considered to be highly competitive due to its many players. The market also contains some big players which have a large influence and are supported by economies of scale. As a result, to enter the Brazilian mining industry, it is common for companies to start a joint venture. Due to a general increase in capital reserves when opting for a joint venture, the company also becomes less vulnerable to the volatility of the mineral prices.

To further stimulate foreign investment into the Brazilian mining industry, the government will increase royalties by a set rate on various mineral resources, such as diamonds, gold, and other minerals. While iron will increase with the commodity prices. Furthermore, the government is preparing policies to remove bureaucracy and improve transparency regarding the mining industry. In addition, the current limit of a 40% stake for foreigners in mining ventures in Brazil will also increase.

Want to Find Out More About the Mining Industry in Brazil?

The Brazilian mining industry is full of opportunities for foreign investors however there are also many complexities that can arise when doing business in the country as a foreigner. Biz Latin Hub is a team of local and expatriate specialists that offers services which can assist companies in overcoming these complexities and making their business venture a success. If you want to learn more about the services we offer, send an email to Craig here to find out more.

Watch our video to find out more about opportunities in mining services in Latin America!