5 Reasons to Invest in the Colombian Coffee Business 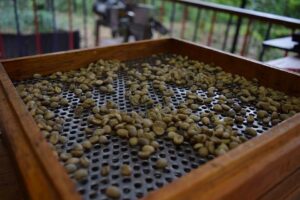 Colombia has been attracting a large amount of foreign direct investment and is one of the most sustainably growing economies of Latin America.

Colombian coffee is an important commodity which has helped the country reach the economically developed and entrepreneurial stage it’s at today. A combination of European demand, high quality coffee beans, and the new post-FARC era gives way to great investment opportunities in the Colombian coffee business.

Colombia is the biggest producer of Arabica, one of the highest quality beans available. Caldas, Risaralda and Quindio are the three Colombian regions which form the coffee triangle; a UNESCO heritage site and the place of production of some of the smoothest coffee in the world.The high potential and quality of coffee production is also due to the combination of unique conditions (between 8°C and  24°C with exceptionally rich soils).

The Colombian Coffee Federation (FNC) has been helping the local farmers thrive towards excellence, using organic pesticides to create products which appeal to European and US markets.

The growing demand for coffee exports is giving place to exciting investment opportunities.

The quality of Colombian coffee is directly reflected in its international reputation.

The European Union has the greatest average consumption per capita and imports 45% of the world’s coffee production, thus making it the largest worldwide market.

Due to the recent increases in trade between the EU and Colombia, (result of their free trade agreements) we will be seeing much more Colombian coffee on European shelves. With an increase of 9.2% in Coffee imports between 2015 and 2016 European demand is on the rise, contributing to the potential of the Colombian Coffee markets.

The Colombian government has been good at encouraging the diversification of its markets which is largely responsible for the country’s stability. The current President, Juan Manuel Santos spent his early days as a representative of the FNC and International Coffee Organisation. This combined with coffee growing adding up to 25% of rural employment which amounts to 800,000 direct jobs and 1.6 million indirect jobs (greatest source of rural employment). Investors can count on the support of government policies to stimulate the markets.

A large majority of Colombian businessman and politicians prefer the international reputation of Coffee to Coca growers, thus in many cases encouraging Foreign DIrect Investment and reducing barriers to entry.

The FARC peace treaties have been the source of great polemic in Colombia, however one of the only things that Colombians agree on is that the country needs to move on.

Part of the treaty involves fostering sustainable rural development involving transitions from the rising coca production to other viable crops such as coffee or cocoa.

A lot of land previously unaccessible due to FARC fighting is opening up to sale at record low prices, this stimulating an increase in production. The new surge in supply has therefore decreased prices creating many attractive investment opportunities.

Agricultural land is recently becoming a priority for real estate investors. They are high yield generating investments which is the reason for their recent popularity in people’s portfolios.

Not only does agricultural land generate yield but its value appreciates over time. With an increase in demand for food accompanied by a decrease of land availability, the predicted long term prospects of an increase it it’s value are positive, especially when buying exceptionally cheaply.

Currently many farmers can’t afford modern equipment and under utilise their land, this offers a great potential to optimise existing farms through setting up cooperatives which would offer investment and guidance.

The coffee industry has always played a big role in Colombian growth and has recently become very lucrative. However before investing money, time and energy it is recommended to demand council from professionals working in Colombia.

If you would like to learn more about how to invest in the coffee industry, the ways of doing business in Colombia as well as legal regulations in order to take advantage of these opportunities, or even expand your business and bring your brand to Colombia, please contact us now.