Latin America’s regional economy is showing signs of steady growth and increasing trade and investment. A mixture of staple and emerging economies and progressive legislative changes are supporting this rapid development.

The Latin American economy is export-based, and success in this area boosts the GDP of many countries. The region is rich with reserves of minerals and other raw materials. It also houses tropical and temperate climates that make it ideal for growing a variety of agricultural products. New, business-minded governments are stepping in and promoting strong international trade ties and pro-foreign business conditions.

But which countries doing business in the Latin American expanse are the most open traders for foreign companies? We explore some of the regions freest markets for businesses considering moving into the area. 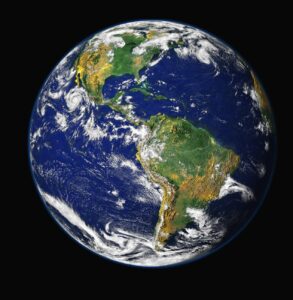 Latin America is rich with reserves of minerals and other raw materials. It also has tropical and temperate climates that support its booming agricultural industries.

Peru has one of the fastest growing economies in Latin America. One of Peru’s strongest talents is the mining sector. Mining is one of Peru’s traditionally high-achieving areas. The country produces copper, silver, gold, lead, tin and iron. This makes Peru a great spot for enjoying commercial diversity and offering varied options to local and foreign investors.

Forming a company in Peru is straightforward. There are no restrictions for foreign shareholders, foreign investment, foreign exchange and remittance of profits. Another factor that attracts foreign investors to Peru is the extent of the country’s international trade. The country’s multiple free trade agreements and partnerships encourage international connectivity and foreign direct investment.

Recently, Peru and Australia signed a free trade agreement that seeks to reduce tariffs on 99% of Australia’s exports to the country. The agreement (known as PAFTA) also commits Peru to standardizing its regulations for and communications with foreign business, promoting transparency and consistency that gives companies much needed commercial confidence.

Chile continues to implement policies that promote international trade, and is a member of the Pacific Alliance, the Rio Group, Mercosur, APEC, and UNASUR. The country’s business atmosphere promotes foreign investment in almost every sector and industry. This makes Chile a hot spot for entrepreneurs.

It is fairly easy to start and operate a business in Chile. Forming a company in Chile takes 7 procedures, roughly 5.5 days, costs approximately 0.7% of income per capita, and requires zero paid-in minimum capital, even though a small investment is recommended to avoid future problems with banks.

Foreign investors in Chile may access all productive activities freely, especially in food, infrastructure, tourism, energy and mining industries. These are the best industries for foreign investment. 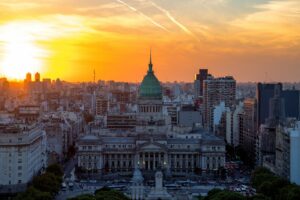 With a keen businessman behind the wheel, Argentina’s increasing openness coyly draws in an increasing amount of trade and investment.

The economy in Argentina is becoming increasingly attractive to foreign investors thanks to the reigning government. President Maurcio Macri’s new policies in support of foreign business and investment, and a keen fiscal strategy has prompted a statistical overhaul. The leading industries in Argentina come from a range of diverse sectors. The largest GDP contributors are the business, social, and other services sector. These sectors make up around 33.3% of GDP. This is followed by the manufacturing sector which makes up around 17.2% of GDP. The commerce and tourism sector contributes around 16.9%.

There has also been much growth in the construction and services sectors. Overall, with a keen businessman behind the wheel, Argentina’s increasing openness coyly draws in an increasing amount of trade and investment.

Ecuador has a GDP of USD $103 billion and positive economic growth ranging from .1% to 5% over the past five years. Ecuador is another Latin American star-child with a continuous, steadily growing economy.

Annually, the country exports more than US$19 billion worth of goods and services to other countries around the world. Imports are similar to appease rising consumer demand in the middle classes, and growing foreign direct investment. Major industries in Ecuador consist of agricultural products like coffee, cocoa, rice, potatoes, sugar cane, and pork.

Foreign investment from countries such as Australia and New Zealand and diversification have encouraged new businesses across a range of industries to take dominance, adding to the country’s GDP. 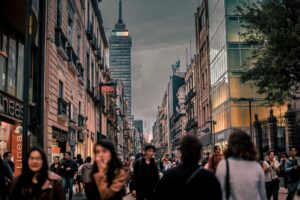 As Asia’s growth starts to plateau, another region benefits by offering opportunities already exploited in other parts of the world.

According to Forbes, Latin America’s collective economy is now growing faster than that of Asia. Asia’s unsustainable period of growth starts to show signs of a plateau. Consequently, another region benefits by offering opportunities already exploited in other developed parts of the world. By 2020, market observers Barclays Capital project positive growth in a range of Latin American countries, including Venezuela. Eyes are on the ‘big four’ economies booming in Latin America: Argentina (mentioned above), Mexico, Brazil and Colombia.

Brazil is currently the second largest food producer in the world (Behind the USA). 60% of the country’s territory is used to farm, 77% of the production is exported and the government incentives to agricultural production reached USD $175.5 billion in 2017. This is really good for investment.

Colombia has the fourth largest economy measured by gross domestic product. Petroleum is Colombia’s main export, making over 45% of Colombia’s exports. As of 2015 the GDP per capita has increased to over USD $14,000 and GDP increased from USD $120 billion in 1990 to nearly USD $700 billion.

Mexico is the 12th largest exporter in the world. During 2017, the United States received 79% of its imports from Mexico. Trade with the United States and Canada has tripled since NAFTA’s signing in 1994. More than 90% of Mexico’s trade is under 12 free trade agreements. Currently, Mexico has trade agreements with 46 countries. This is more than any other nation, and extends Mexico’s reach to all corners of the globe. These trade agreements are a huge factor for Mexico’s international trade success. With growing regional and domestic wealth, Mexico is set to strengthen its regional and global influence, alongside Brazil.

Whether Chile’s stability or Mexico’s diversification sparks your interest, Latin America provides vastly different business options for investors to choose from. As the continent offers growing major and infant industries with varied opportunities for business, your expansion becomes a matter of preference. However, we recommend you seek help in understanding local legislation and requirements.

Biz Latin Hub has specialized experts who can provide you with customized services and expertise to invest in the region. We have offices in each of the region’s largest, and fastest-growing countries, and we’re ready to help.

Get in touch with us here to find out more.