Corporate Requirements of a Limited Liability Company in Mexico 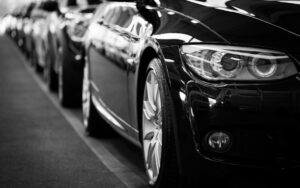 Mexico is the 7th biggest automotive manufacturer in the world, having produced over 4 million cars in 2017.

First of all, Mexico has some key industries that contribute significantly to the economy and the current GDP growth of almost 2.3%. The most important ones are on the one hand the Mexican automotive industry, being responsible for the assembly, R&D, and production of components of cars. Apart from the ‘Big Three’, consisting of Chrysler, Ford and General Motors, luxury car companies, such as BMW and Mercedes Benz have established their plants in the country. Other important industries are the Maquiladora industry, which is manufacturing plants converting imported raw materials into final good, the food industry, the electronics sector, and the oil industry. Additionally, those mentioned sectors play a major role in foreign trade, making Mexico an international trade key player.

This small economic overview illustrates perfectly why more and more international businesses are interested in establishing a presence in Mexico. If you interested to do so, you have to be certain about the type of legal entity to form. In Mexico, the 3 most common entity types are the Stock Corporation (Sociedad Anónima de Capital Variable – S.A. de C.V.), the Simplified Shares Company  (Sociedad por Acciones Simplificada – S.A.S.) and the Limited Liability Company (Sociedad de Responsibilidad Limitada de Capital Variable – S de R.L. de C.V.).

The Mexican LLC is similar to a US Limited Liability Company, whereby the shareholders are only liable up to the value of their respective capital contributions. Moreover, shareholders’ contributions can only be capital in the form of money or assets. The Mexican LLC has a mandatory structure of two corporate sections: the general partners meeting that is equivalent to a shareholders meeting and the administrative body, which is run either by a sole manager or a board of managers. You can also appoint a supervisory body to oversee the two sections, but this is not mandatory.

A popular advantage of the S. de R.L. de C.V. is that when a company pays its dividends to a shareholder or foreign company, it may apply a tax advantage in the US, whereby it can choose to apply the provision known as “Check the Box“, which allows American companies to deduct the loss of subsidiary companies abroad, provided that both subsidiary and shareholder companies are of similar category (LLC).

The downside of this entity type is that it is limited to 50 shareholders and shares cannot be bought and/or sold without the agreement of all shareholders.

In order to set up a S. de R.L. de C.V., several requisites need to be complied with. In the following, we will outline the most important ones:

The company’s shareholders need to present the following documentation as part of the company incorporation process:

After establishing the Mexican Limited Liability Company, several additional requirements come up that need to be respected. We clarify the most important ones below:

Annual economic reports must be submitted, provided that during one year the company has had an increase of one MXN$110 million in any of the following accounts (either initial or final):

(iii) income (in the country and abroad), or

(iv) expenses (in the country and abroad).

If this amount has not been exceeded, there will not be an obligation to present this report.

(i) name, denomination or company name,

(iv) the share capital and/or share structure that implies a change in the participation of natural or legal persons of a nationality other than Mexico and foreign entities without legal personality, or

(v) the capital for a greater amount, in absolute value, to twenty million pesos. If this amount has not been exceeded, there is no obligation to submit this report

VAT and Income Tax declarations are required to be filed on a monthly basis in Mexico, and an annual tax return must be filed at the end of the fiscal year (Mexican fiscal year is January to December). 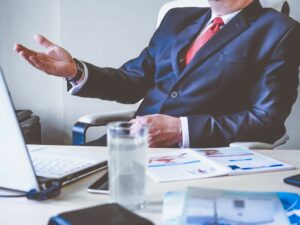 A local Mexican partner may help with maintaining records and preparing ownership certificates.

The Corporation variations book is where the record of increases and reductions of the share capital are kept.

This book is used to detail the shareholders of the company.

This meeting is required by law to be held in Mexico. However, the partners can send proxy letters to a legal representative to represent them in the meeting and afterwards send the minutes for their approval.

Maintain records in both English and Spanish.

Required by law to be drafted in Spanish, as public notaries require an official translation when documents are presented in another language.

Preparation of ownership certificates should the client undergo changes in capital.

Corporate certificates need to be issued in Spanish as required by law.

Mexico is one of the most important economies in Latin America with unique sectors and business opportunities. If you are interested in entering the Mexican market, you need to choose between the different legal entity types, among those, the S. de R.L. de C.V.

If you need more detailed information about the company formation process, don’t hesitate to contact our Mexican Country Manager, Alex Mahoney, here and see how his team can support you and your business in Mexico.