Looking Ahead: Business Opportunities in Mexico 2020

Mexico is the second-largest economy in Latin America, the fourteenth-largest in the world. The United States is the country’s leading trade partner, buying up 80% of its exports. This is due to its geographical proximity and solid trade agreements. Market observers believe that the Mexican economy has the potential to become the eighth-largest in the world by 2050.

As the country’s foreign investment and foreign commercial activity increases, we look at attractive industries for businesses considering their options for a 2020 expansion. 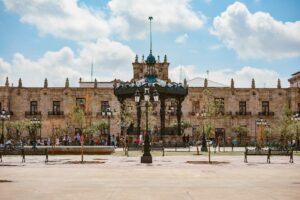 Mexico is expected to pull in US$24,300 million worth of FDI in 2020, making it the most attractive destination for FDI in Latin America.

After a GDP growth of 2.2% in 2018, the International Monetary Fund (IMF) estimates an increase of 2.1% in 2019, then a continuous growth of 2.2% in 2020 while Mexican banks expect on average that growth will be closer to 1.5%. The growth of the country’s economy is driven by ever stronger domestic demand, with a growing population and middle class. Population numbers are estimated to increase to over 128 million in 2020.

The country’s economy is also supported by robust Foreign Direct Investment (FDI) flows, reaching US$18,102 million in the first half of 2019. It is expected to reach US$24,300 million in 2020 over the same period, making it the most attractive destination for FDI in Latin America.

The country enjoys an ideal geographical position, allowing it to be the platform between the northern and southern regions of the continent. The state can also count on a high level of tourism, a wide variety of resources at competitive prices, and a young, abundant, cheap workforce. Considering these competitive characteristics, Mexico is an ideal place to invest.

The e-commerce market in Mexico has been improving in recent years, considered the second-best developed country in Latin America. In 2018, in particular, it reached US$20 billion. This represents a 20% growth compared to 2017. In 2019, the market is estimated to reach US$9.441 billion, representing a growth rate of nearly 7.9% over the year.

In recent months, virtual stores have seen their traffic increase drastically with more than 800,000 internet visits by people each month. Also, according to a study by the Associacion Mexicana de Venta Online (AMVO), e-commerce sales have made gains of nearly 400 billion Mexican pesos (approximately US$20.286 billion).

In the online market, the products most in-demand and requested by users at the moment are in the fashion and home food sectors. However, private transport, entertainment, banking services, electronics, and domestic products are experiencing increased attention online. A significant (and increasing) proportion of users are accessing these online stores through their mobiles.

It is estimated that 49.7% of the population in 2020, will have taken the step of buying online. Investments in the sector could therefore explode to 50 billion Mexican pesos (approximately US$2.536 billion).

Some studies and approximations suggest that the market will reach a total volume of US$12.778 billion by 2023. The user penetration rate – the number of users entering a market – is expected to reach 52.7% by 2023. Mexico can, therefore, be considered one of the most promising online markets in the world. 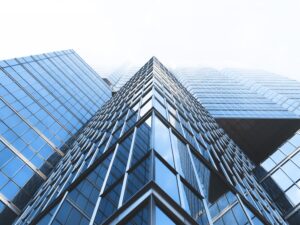 Since the introduction of the Fintech law, Mexico has sought to position itself as the most attractive center in Latin America for this industry. It aims to regulate the organization and functioning of these companies to ensure user protection.

Thanks to a regulatory framework and weak banking, Mexico encourages the creation of foreign small and medium-sized enterprises (SMEs). Nicolas Shea, the founder of the Chilean platform Cumplo, believes that the country has extraordinary potential in terms of fintech. The size of its economy (and therefore its potential fintech consumers) makes it a highly attractive industry.

Since March 2018 and the introduction of the Fintech law, Mexico has sought to position itself as the most attractive center in Latin America for the Fintech industry. The objective is to regulate not only the organization but also the functioning of these companies to ensure the protection of users.

Mexico is the second-largest market for young technology companies in Latin America. The market is expected to reach a volume of US$68.2 billion by 2022. With an impressive annual growth of 40%, Mexico is considered the most dynamic Latin American country for the development of new technologies. Future forecasts do not foresee a slowdown in this space.

It is estimated that the growth of early-stage technology companies in Mexico has the potential to boost the country’s economy exponentially. This market clearly has a wide, dynamic range of commercial opportunities for foreign investors.

A promising future in energy

As the world’s ninth largest crude oil reserve and fourth largest natural gas reserve in the Americas. The energy industry contributes about 3% of GDP, representing 8% of exports. The sector attracted FDI levels of US$38.79 billion in 2018. Electricity transmission and distribution, and pipeline gas transport are the two industries that received the largest shares, with US$594.2 million and US$543 million respectively.

Employing 250,000 workers, the sector is heavily supported by the government, receiving 56.5% of public investment. Mexico has the world’s sixth-largest electricity company, the Federal Electricity Commission (CFE), covering around 95% of the Mexican population.

Mexico is taking the path of trade liberalization. To further its economic growth, the government is trying to attract private investors to help the sector develop more quickly. This liberalization is reflected in a series of auctions of a dozen exploration and production contracts.

National energy databases estimate that 88.69% of the Mexican market’s energy comes from fossil fuels, 6.98% from renewables, 3.17% from charcoal and 1.16% from nuclear sources. Because of current trends, Mexico City will take the lead in renewable energy while trying to maintain the growth of its fossil fuels. 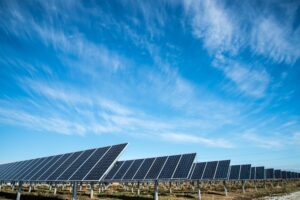 Mexico is very rich in renewable energy sources (solar, wind, biomass, hydroelectricity, and geothermal). This potential has not yet been exploited to a large scale.

The country is very rich in renewable energy sources (solar, wind, biomass, hydroelectricity, and geothermal). This immense potential has not yet been exploited to a large scale. Let’s look at what we can expect from different types of energy:

With multiple opportunities, the energy sector in Mexico represents impressive investment potential with chances for sustained, long-term success. Because this market is crucial for the country’s future and its economy, the government facilitates entry into this market.

Mexico City is soon to be opening up its hemp and medical cannabis market. According to some studies in 2018, the value of this market was US$47.3 million, with a growth rate of 27.7%. There is a growing acceptance of cannabis in the country, region, and global health sector, indicating a bright future for cannabis business.

In Mexico, cannabis for medical purposes is technically legal. But according to the rules established by the General Law on Health Legislation and the Federal Penal Code, marijuana for medical purposes must have a THC content of less than 1%. The nation’s legislators are now reconsidering their restrictions on this plant and its uses.

This industry has the potential to become a pillar of the Mexican economy in the coming years, due to the large local population, ideal growing conditions, and global demand.

It is predicted that cannabis will gradually be legalized for recreational use in Mexico. This move could help spur a booming industry, dampen illegal drug trade, and generate revenue for the government.

Based on a New Frontier Data study, Mexico’s cannabis market could have an approximate value of US$2 billion, and about 1.4 million consumers. The market as the potential to grow to US$12 billion by 2029, according to Mexican Senator Cora Cecilia Pinedo Allons.

Legalizing this industry could have other flow-on effects, such as boosting tourism and generating a hefty amount of indirect jobs.

This is one industry that businesses should definitely keep in mind when considering their expansion options in Latin America.

Biz Latin Hub’s Mexico team is ready for the next big booms in the country’s thriving economy. We’re here to support new and expanding businesses through the market entry process, so they can start their operations as quickly as possible and capitalize on these opportunities.

With expertise in Latin American law and accounting, we can take care of your company formation process. We provide comprehensive, customized support services businesses need to expand their reach into the region.

For a consultation and personalized quote, get in touch today and we will ensure your business needs are catered for.