Market-Entry Potential for Indian Companies in the Mexican Automotive Sector? 3/4

The Indian community in Mexico is small but has had a disproportionately large and positive impact on the development of Mexico’s economy. A very tightknit community, of roughly 8,000 members, mostly concentrated within the Mexico City area, the Indian community of Mexico have successfully assimilated into Mexican society and have managed to integrate successful business in over 15 different states of the Latin nation. The presence of nearly 180 Indian owned companies in Mexico is a testament to the productivity and pragmatism of Indian entrepreneurship.

In the last two installments of our exclusive 4 part series on Indian industry in Mexico, we have focused on the diplomatic and trade success between the two emerging superpowers whilst looking at opportunities in the ceramic and energy sectors. In part 3, we will look at one of the most profitable and highest ranking points of trade between Mexico and India: the Automotive Industry. 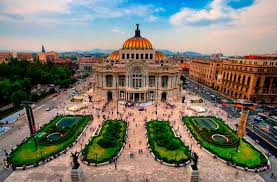 Many Indian businesses are enjoying commercial success in Mexico City –  Mexico is, in fact, the number 1 market for Indian automobile exports.

As already explored by Biz Latin Hub, the Mexican automotive industry. is one of the largest and most valued sectors of the Mexican economy. Mexico has the largest automotive industry in Latin America and is the 5th largest parts exporter in the world, unsurprisingly the US is the major beneficiary with over 40% of parts being consumed by Mexico’s northern neighbors.

In 2016, Mexico received over USD$4 billion in FDI with investors eager to profit from the cheap and highly trained workforce that Mexico has meticulously crafted. The buoyant and increasingly positive nature of the Mexican car industry has meant that industry giants, including BMW, Toyota and Audi have all revealed new plans for new Mexico-based factories for the years 2018-19. Mexican auto components manufacturers, such as Metalsa and Katcon have expanded into India.

For the purposes of this article, it is worth highlighting that this interest is completely reciprocated, and Indian presence in this industry is very high and continues to grow. Many Indian market giants such as Mahindra Mahindra have entered the Mexican production space, with the Indian ambassador for Mexico, Mukhtesh Pardeshi citing the strategic geographic location of Mexico as a huge motivational factor for Indian companies. As the natural buffer zone for the United States and the enormous South American market, Mexico is perfectly located for Indian companies looking to enter the Latin playground.

It is very important to stress the relative youthfulness of the Indian automotive industry. It has burst onto the scene in the last decade or so and has emerged as the largest tractor and two-wheel vehicles producer in the world. What is particularly interesting, are clear signs of emulative behavior being shown by the leaders in the Indian market. The ‘cluster’ infrastructure that has enjoyed so much productivity and success in Mexico is being copied in India, with huge industrial complexes such as those found in the outskirts of Querétaro being developed in the South Asian county.

India, despite being an emerging player in the automotive market, still manages particularly competitive figures in terms of export. Hugely boosted by its prolific production increase of 9% on 2 wheelers (over 4 million units in 2017), indeed, overall exports for the April-February 2017-2018 period grew by a remarkable 15.81%. As with many industries in India, the automotive industry is growing without any sign of slowing down. Since the turn of the millennia, close to USD$20 billion in FDI have been funneled into the sector, jumpstarting its emergence as a major player. Major investment projects in India include a USD$1 billion plan by Hyundai to expand operations. 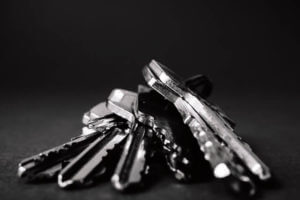 The automotive industry could be the ‘key’ to your commercial success in Mexico.

As touched upon previously, there is a very close and mutual interest between Mexican and Indian automotive companies. Mexico is, in fact, the number 1 market for Indian automobile exports, showing growth of nearly 8% in the FY2018, totaling at USD$1.69 billion. This represents roughly 25% of the total exports, valued at USD$7.1 billion.

Given the highly settled trade links that already exist, it would appear that this is not the main point of entry for new entrepreneurs. Mutually beneficial investments in innovation may prove to be a more lucrative and socially enhancing project. Given the similar socioeconomic situations and aspirations of the two countries and the similarities that can be drawn between the two countries economic trajectories, a huge market opportunity could be the discovery of a cheap, and efficient way to include the significant informal workforce of each country. Mexico currently has up to 35 million informal workers who do not have the necessary paperwork or credit rating to purchase a car. All evidence would suggest that a collaboration between these two nations, in a similar way to the way that the cluster system trademarked by Mexico inspired similar projects in India, could lead to a fruitful and innovative solution to this problem, vastly multiplying the value of the domestic market.

It is clear that given the concrete and positive performance of both the Mexican and Indian automotive markets, equally dependently and with each other, there is a large amount of future opportunity to tap into. If you feel that you are ready to try your luck in the hugely remunerative market of Mexico, then Biz Latin Hub is the perfect partner to smooth out your market-entry process. We can provide you with a full suite of multi-lingual back-office services.

If you have any questions regarding the Mexican economy, the automotive sector, or anything else, please do not hesitate to get in touch with our team of experts today.

For more information on the LATAM mining sector, check out the following video: