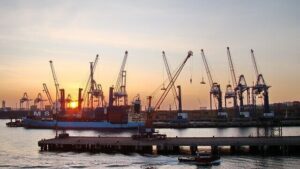 Mexico seeks new trade partners over fears for the future of NAFTA.

For Mexico, 2018 is promising to be a pivotal year in politics and for its economy, leaving investors guessing what path the nation will embark upon. As well as the electorate being divided as we approach the upcoming presidential elections,  the continued uncertainty over the future of the North American Free Trade Agreement (NAFTA) has been a growing concern for Mexico since last summer. The $1.2 trillion treaty has been in force since January 1994, however President Donald Trump is threatening to walk away if he cannot obtain amendments to suit American interests. Estimates state that 79.9% of Mexico’s exports go to the United States meaning the Latin American nation is extremely dependent on its northern neighbour and a collapse of the trade agreement could prove crippling for the Mexican economy. But not all hope is lost as Mexico is seeking to compensate with new and improved trade relations with other partners.

Who Can Mexico Trade with if NAFTA Collapses?

Asides from the United States, some of Mexico’s top trading partners currently include Canada, Germany, China and Spain. Canada and Mexico have already agreed that they will continue to trade with each other according to NAFTA terms regardless of whether the USA drops out of the agreement or not. A positive and reassuring result for Mexico considering Canada is its second largest trading partner.

Also since the election of Donald Trump, there has been talk of Mexico closening its economic ties with China in an attempt to find alternative trade partners and to open itself up internationally. Given the scale of the Chinese economy, this could mean many new investment opportunities for Mexico and could compensate somewhat for the loss of NAFTA. China’s influence and involvement has been increasing steadily across the LATAM region in recent years and, in Mexico specifically, China has been awarded contracts in an oil and gas auction as Mexico opened up this sector to foreign investment for the first time in 80 years. China is predicted to bid for further contracts when more are auctioned off by the Mexican government in the near future. On top of this, China has also showed an interest in investing in Mexican renewable energy. 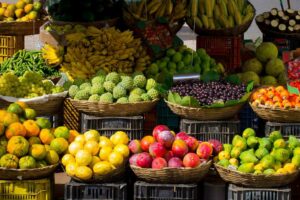 Mexico hopes to export more fruit and vegetables to the EU.

As well as building bridges with China, Mexican officials travelled to Brussels back in December 2017 with the aim of modernising their current free trade agreement with the EU which is already one of Mexico’s largest trade partners. In 2000, a free trade agreement between Mexico and the EU came into place, however this in now believed to be outdated and new talks have explored the idea of expanding the deal to include previously excluded items such as grains, meats and dairy. Mexico are also hoping to increase their exports of juice, fruit and vegetables to Europe whereas Europe wants to provide Mexico with more motor vehicles and wines.

Other than these two big players, Mexico also has the possibility to build stronger relations within the LATAM region with the likes of Brazil and Argentina. The leaders of the two Mercosur countries have stated that they intend to build a closer relationship with Mexico as both Brazil and Argentina are seeking to open up their economies following years of recession. Experts have pointed out that a collapse of NAFTA would create great opportunities for the Mercosur region and that increased trade with Mexico would be greatly beneficial for both sides.

If you’re currently doing business in Mexico or you are thinking of investing and you want to know more about how changes in NAFTA will affect you, the Biz Latin Hub group will gladly provide you with assistance. We have a team of local and expat professionals with the knowledge and expertise of Latin American markets required to ensure your business venture is a success. If you are interested then please contact our country manager, Alex Mahoney here to find out more about how we can support you and your business with your back-office needs.

If you want to learn more about doing Business in Latin America then watch this video: