New Zealand 2020 Cannabis Referendum: What Legalization Could Mean for Industry

For a long period of time, cannabis use has received worldwide prejudice. Recently, however, there has been a shift in how people, businesses, and the law view the cannabis industry. Now, states and countries are changing the penalties, laws, and regulations around the previously forsaken market. As a result, businesses are looking to move in on this emerging, lucrative industry.

New Zealand is one of many countries considering taking the leap in legalizing and regulating the cannabis industry. The future is looking green as the country develops its 2020 Cannabis Referendum.

New Zealand’s economy, while smaller compared to Australia, is nonetheless strong and stable. The country thrives off of foreign direct investments and global trade agreements. This makes it that much more enticing for foreign businesses to expand and invest there.

Due to its increasingly globalized market, New Zealand’s overall economy is expected to grow over 2% between 2019 and 2020. This economic growth fuels an increase in the size of the middle class. Moreover, it will boost the amount of disposable income of New Zealand consumers. This encourages an increase in the demand for goods and services otherwise considered as ‘luxury.’ 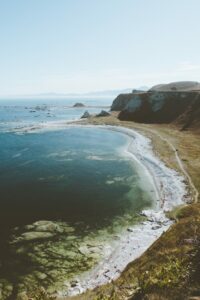 New Zealand is leaving the legalization of cannabis up to a vote in the 2020 General Election.

New Zealand’s government is honoring the wishes of its people by developing legislation for a cannabis referendum. The public will take their positions for or against legalizing cannabis in the 2020 General Election. The bill will provide regulations for home cultivation of cannabis plant, as well as private and social consumption licenses and regulations. Currently, the bill is outlined to contain the following:

The Electoral Commission is set to create a draft of the question to appear on the ballot. New Zealanders will vote on the issue by answering with a simple ‘Yes’ or ‘No’ to cannabis legalization. Since the debate is so influential for New Zealand and the global market, the government is honor-bound to adhere to the public’s majority vote.

Cannabis as a social cause 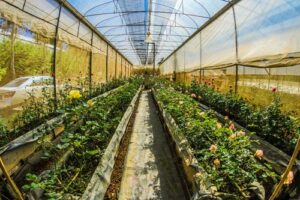 If cannabis is legalized, many people will be able to start their own businesses.

The push for the legalization of recreational cannabis use comes not only at the request of frequent users, but also as an initiative to support employment levels and regulate illegal activity in New Zealand. According to the NZ Drug Foundation, marijuana is the most-used illegal drug in the country. Around 80% of New Zealanders have tried cannabis by the age of 21. What many people hope is that, with the passage of this legislation, the cannabis industry will enable more people to contribute to the economy. Many people are reportedly growing their own cannabis, and providing a legal revenue stream for doing so could nurture an industry that offers new employment opportunities.

Additionally, the government believes that if cannabis is legalized, the amount of gang violence over drugs will decrease. Much of the power and sway behind these gangs would be taken away if cannabis production and sale is brought above board. The government would be able to manage the market, production, and distribution of cannabis. This comes with the assumption that the government will regulate the THC levels allowed in cannabis grown by farmers.

The economic benefits that could come from cannabis legalization in New Zealand are plentiful. Firstly, small rural towns have extra employment opportunities if this legislation passes. Towns like Ruatoria are predicted to experience job growth with a formalized framework for producing cannabis. As of late, the town’s population has been dwindling as people move to more urban centers for work. However, the legalization of cannabis can act as a catalyst in the creation of local cannabis producers and distributors, and secondary jobs such as transportation services.

Additionally, although the legislation would ban marketing and advertising for cannabis, there are still plenty of opportunities for the industry to grow. This comes with the understanding that the market won’t be limited to domestic consumption. Should the referendum tip in favor of decriminalization, New Zealand will be the first country in Oceania region to provide a legal framework for recreational cannabis use. This means that they will have access to the medicinal and recreational demands currently soaring in the South Pacific/Asia market. Additionally, it will be able to fill the gap between the lack of supply and the high demand for cannabis in the North American market.

In terms of hard numbers, experts are forecasting that legalizing cannabis could help the country rake in an additional $450 million. Furthermore, since the plant will be regulated, there is an expected $240 million in taxes that the government will receive from cannabis sales alone.

Our teams at Biz Latin Hub are prepared and eager to help you and your company expand into this market, and many others. Whether you’re just starting your company, or looking to expand its horizon, we are here to help.

You can reach us here with any questions or comments you might have.