The country’s determination to reduce trade barriers for business, both at home and abroad, make it a powerful trader for its size and location. As emerging powers compete for global economic prominence, New Zealand is reaching out beyond its main trading partners to secure trade deals in Latin America and other corners of the world.

Read on to find out more about the status of New Zealand’s prominent trade relationships, and the benefits of getting amongst the action as an investor.

New Zealand’s isolation has fostered an economy heavily reliant on international trade. New Zealand exported nearly $80 billion and imported $76.1 billion worth of goods and services in the year ending June 2018. 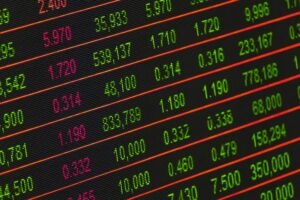 The multicultural economy is based on a powerful agricultural sector, specializing in quality dairy, meats, animal by-products, fruit, and wood. Other top exports include beverages, spirits, vinegar, cereal, seafood, machinery and aluminium. Due to its size, New Zealand’s global competitive edge comes from delivering quality goods, as opposed to the lowest priced.

The island maintains the world’s fourth largest Exclusive Economic Zone (EEZ), which has great influence over its economy. Most of its imports and exports pass through the marine environment. The country sports strong marine-freight infrastructure as a result.

New Zealand’s dependence on international trade makes it an eager competitor for foreign investment. Its market is highly responsive to foreign investment, and its relaxed entry makes it one of the best places in the world to start a business.

New Zealand’s current trade agreements and relationships reflect the country’s main trading interests, with most deals being made with Asian economies. However, other emerging global powers are encouraging New Zealand to look increasingly further afield. This shift from an Asia-centric focus offers great investment prospects for local and foreign businesses alike.

The CPTPP is particularly groundbreaking, in that its large membership make it the third largest free trading area in the world. The CPTPP signatories are Brunei, Canada, Chile, Japan, Malaysia, Mexico, New Zealand, Peru, Singapore, and Vietnam. The United States, United Kingdom, and Colombia are among those flagged as future potential signatories to the CPTPP. 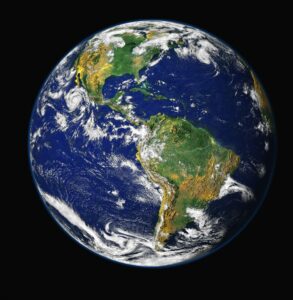 New Zealand is currently negotiating a trade deal with the Pacific Alliance.

Latin America trade: Negotiating an agreement with the Pacific Alliance

New Zealand is currently negotiating an FTA with the Pacific Alliance. Established in 2011, the Alliance is made up of Latin American regional powers Chile, Colombia, Mexico, and Peru.

In Latin America and the Caribbean, these countries collectively represent 38% of regional GDP and 50% of total trade. Together they attract 45% of Foreign Direct Investment (FDI). The Pacific Alliance is the eighth greatest economic power in the world. With this FTA, countries actively promote free trade and deep integration among themselves. And New Zealand is not the only country to have noticed the Alliance’s success and ongoing potential.

New Zealand’s objectives for the FTA include

What will this mean for doing business with New Zealand?

New Zealand’s economy is strong, and the government is working hard to ensure its longevity. New Zealand has seen positive economic growth for 33 of the past 35 years. Like its Australian neighbor, the country remained insulated from the 2008 financial crisis. This demonstrates its power and the benefits of its geographical differences compared with other major trading powers.

As New Zealand breaks down barriers to trade in Latin America (and other regions), setting up a business in New Zealand is becoming more advantageous than ever. New Zealand’s current FTAs, and its negotiations for further agreements will give the country an expansive reach into markets across the globe.

Its dominating export-and-import economy, powerful freighting infrastructure, and responsiveness to new businesses make it easy for investors to establish themselves in a diverse range of sectors.

Let us help you get started

New Zealand’s hive of export and import activity make it one of the most attractive markets in the world for investors. With a multicultural population, opportunities for new businesses are plentiful and incredibly diverse.

At Biz Latin Hub, we can help you navigate the market entry process for doing business with and in New Zealand. Our team of local and expatriate professionals offers a range of services for firms looking to expand into New Zealand, including company incorporation, due diligence, accounting, and recruitment.

To find out more, contact the team today via email on here.