Tucked away in the South Pacific, Australia’s trade authorities and institutions are firing on all cylinders to find diverse opportunities for Aussie business. In an increasingly uncertain global trade environment, diversification reduces Australia’s dependence on traditional trade partners.

Latin America has traditionally sat in the periphery of Australia’s foreign policy and trade agendas, as it has with much of the rest of the world. Now, the region’s impressive growth statistics have captured the Asia-focused state-continent, and it’s exploring ways to penetrate Latin America’s untapped markets. 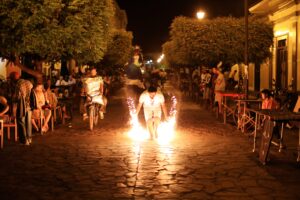 The trade bloc advocates deeper integration between members, and greater mobility of goods services, people, and other resources. This drives growth among member countries and offers a platform for advocating political and economic initiatives in the Asia-Pacific.

Currently, Pacific Alliance member countries make up 38% of Latin America’s GDP. Reduced barriers to trade for a collective economy this significant will be a great step for Australia.

The Pacific Alliance will meet in Peru to discuss its Strategic Vision out to 2030, which includes considering candidates for accession. Besides Australia, New Zealand, South Korea, Canada, Ecuador and Singapore seek preferential access to the Pacific Alliance.

Though countries are still working to put the agreement into force, Peru and Australia’s free trade agreement (PAFTA) has several noteworthy outcomes for Australia: 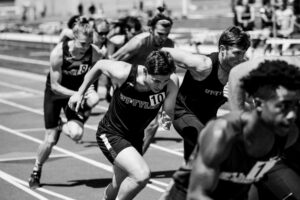 Peru is set to host its first major sporting event, the 2019 XVIII Pan American Games. Sporting superstar Australia has the chance to lend its services and expertise.

With an established pipeline for goods and services to flow between Peru and Australia, several pertinent areas have potential as landmark cooperation initiatives for the countries.

Firstly, Peru is set to host its first major sporting event, the 2019 XVIII Pan American Games. For this, sporting superstar Australia has the chance to lend its services and expertise in:

Secondly, Peru’s National Sanitation Plan 2014-2021, with a budget of AU$14 billion, could do with support from external partners to bring Peru towards its goal of total coverage of clean water and sanitation services.

And of course, Peru’s mining potential is a great opportunity for the South Pacific mining power. Key mining projects in Peru, due to be completed by 2020, collectively carry a value of AU$75 billion. Australia’s mining equipment, technology and services sector (METS) could perform well in Peru’s pro-mining and foreign business environment.

Currently, Australia’s direct flights into the region are limited to Chile. With the help of New Zealand, Australians can make it to Buenos Aires with just one stopover in Auckland.

With increased movement of goods and people between the regions, direct flights are coming under the spotlight as a possible step for boosting cooperation and connectivity.

As Australia solidifies its trade links beyond its historical connection with Chile (the two countries have held an FTA since 2009), major airlines such as Quantas and LATAM are looking for opportunities to bypass time-consuming stopovers in the US.

For exporters, aviation regulations in some countries (such as new partner Peru) support the formation of foreign branches for cargo airlines. In a bid to lure overseas business into the country, Brazil has also recently opened up its air market to foreign carriers and investors.

The Council on Australia Latin America Relations (COALAR) was established by the Australian Government in 2001 to enhance Australia’s economic, political and social relations with Latin America.

With well-established trade channels, increased support and opportunities for further connection, Australian businesses have the chance for a soft landing in the region. Government backing and market opportunity put commercial actors in both regions on a path for sustained success and development.

We connect people and businesses

Biz Latin Hub supports businesses entering Australian and Latin American markets, and we’re recognized as a leader in this field. Our 12 offices in Latin America, and newly opened office in Australia, mean that we are perfectly positioned to enable and empower businesses wishing to operate with and between the two countries.

Our legal and financial experts act as a conduit for many businesses and investors beginning their commercial venture in new territory.

In 2019, we received an award for Business Excellence by the Australian-Latin America Business Council. This achievement demonstrates the work Biz Latin Hub does to connect the two regions. Contact us today here for information on how we can help you.