Overview: Trade and Connectivity Between Australia and Colombia

Colombia is the fourth-largest economy in Latin America, after Brazil, Mexico and Argentina. With major improvements in security aspects and steady economic growth, the country constitutes a large, vibrant economy that is embracing market openness and attracting increasing attention from international investors and businesses. This includes mining and agricultural giant, Australia.

The level of involvement of the Australian business community in this Latin American country has been aided by the recent opening of the new Embassy in Bogotá, Colombia’s capital. Moreover, Australia is currently negotiating its first FTA with Colombia through the Pacific Alliance regional trading bloc (comprising of members Chile, Colombia, Mexico and Peru). 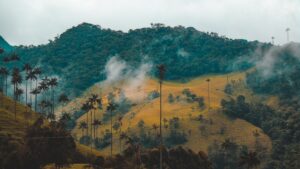 Australia and Colombia are classified as megadiverse countries, each possessing a wealth of natural resources. As a result, they present economic symmetry in booming tourism, mining and agriculture industries.

Australia and Colombia share a classification as 2 of the world’s 17 megadiverse countries, each possessing a world-ranking wealth of natural resources. As a result, these two powerhouses present economic symmetry in booming tourism, mining and agriculture industries.

Additionally, these economies both demonstrate a keenness to expand their international trade horizons, and see great potential in each other for increased connectivity. Australia, the island state-continent, is a trading gateway to Asia, with strong ties to major players such as China, Japan, South Korea, Thailand, Indonesia, Malaysia, Vietnam and Hong Kong. Australia also participates in multilateral agreements in this region, primarily through the Association of South East Asian Nations (ASEAN) and Comprehensive and Progressive Agreement for Trans-Pacific Partnership (CPTPP).

Likewise, Colombia’s strategic positioning and clutch of international trade deals are considered a great benefit for migrating Australian business. The Latin American country is positioned well to serve both its Northern and Southern American neighbours, and promotes free trade through agreements with:

Beyond multilateral deals, Colombia utilizes free trade agreements with both Canada and the US. 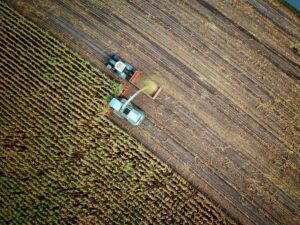 Australia has strong commercial connections with Colombia in the mining, energy and education sectors. These countries also seek potential long-term arrangements and investments in agriculture and telecommunications.

These two countries formalized their diplomatic relations in 1976. Australia has strong commercial connections with Colombia in the mining, energy and education sectors. These powerhouses are also eyeing up potential long-term arrangements and investments in agriculture and telecommunications.

With around 17,000 Colombian students in Australia during 2018 (+20% compared to previous year), education is Australia’s most recognised export to Colombia. In 2016-17 education export values reached $430 million.

Due to this re-launch of diplomatic and business relations, Australia and Colombia organized their first Inaugural Dialogue last June in Bogotá. The event brought together leaders from different sectors, diplomats, academics and industry experts from both countries, to share their views on the relationship between Australia and Colombia.

The main areas discussed during the Dialogue were foreign policy and media; trade, tourism and connectivity; mining and energy; digital agriculture; defense industry; urbanity and sustainability; and international education.

Despite the optimistic numbers in recent years, the Australian commercial presence in Colombia, in terms of pure trade, is surprisingly low, representing only 0.1 % of Colombia´s export destination and source of imports. Currently, only $52 million is imported to Australia from Colombia, and $31 million (59%) of this trade is coffee. Australia also imports $6 million a year in cut flowers.

Though these numbers appear a little underwhelming, they’re definitively higher than the figures from a decade earlier. With this comparison, we can see how positively and quickly the relationship is growing. In 2006, total Latin American trade with Australia was valued at just $920 million, and a mere $18 million with Colombia. It means that in this timeframe, total Latin trade has doubled and Colombian trade has nearly tripled. 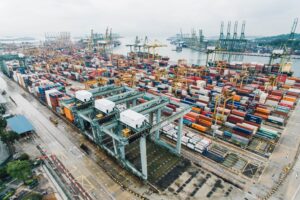 In 2006, total Latin American trade with Australia was valued at just $920 million, and a mere $18 million with Colombia. It means that in this timeframe, total Latin trade has doubled and Colombian trade has nearly tripled.

Focusing specifically on export opportunities for Australian companies are many and varied, particularly promising niches at present can be found in:

Colombia’s economy offers a great deal of commercial diversity and relatively advanced frameworks to support business. It enjoys duty-free access to other Andean nations, and connections to powerful trade relationships in the region. Its free trade negotiations with the US look to open up further opportunities with the geographically advantaged country – with this deal, it can reach extensively into both northern and southern markets in the continent.

Colombia’s economic position and stability offer great opportunities for Australian companies looking into expand their brand in the Latin American markets – housing over 600 million local consumers. The region’s population is predicted to reach 800 million by 2050.

Biz Latin Hub supports foreign businesses entering Latin American markets and are recognized as a leader in this field. Our headquarters were founded in Bogotá, Colombia in 2014 and this year, we also opened an office in Sydney, Australia.

Our legal and financial experts act as a conduit to Latin America for commercial actor beginning their commercial venture. In 2019, the company received an award for Business Excellence by the Australian-Latin America Business Council. This achievement demonstrates our commitment to connect the two regions, and the support we receive from Australian institutions to do so.

For further advice, or to seek your own tailored market entry strategy, contact us here at Biz Latin Hub.