The world’s renewable energy capacity has grown by an average of 8% over the last decade. So far, investments in renewable energy are increasingly flowing into the emerging market. A significant portion of that is flowing into Latin America. Investments totalled around US$54 billion between 2012 and 2015, with the bulk taking place in Brazil, Chile and Mexico (IRENA).

One of the countries on the rise in this sector in Latin America is Colombia. In this article, we take a look at renewable energy business opportunities in Colombia.

Renewable Energy Opportunity in Colombia – A look at the sector

Colombia has a rich endowment of energy sources and the country is heavily reliant on installed hydropower (65 percent of annual consumption). This provides cost-effective electricity. However, Colombia has strong potential for non-conventional sources of energy generation, particularly solar, wind and biomass. In 2010 Colombia, saw its highest growth for renewable energy generation. This is according to the UN Industrial Development Organization and the International Centre on Small Hydro Power. The growth totalled 2,543 megawatts of added capacity. Furthermore, large scale onshore wind and large scale geothermal is able to achieve the same cost per kilowatt as that of current hydroelectric generation. 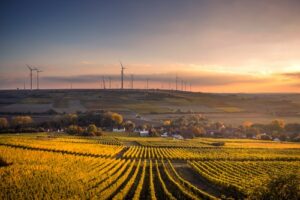 Following the continental move towards renewable energy, the Colombian government has a clear agenda. Colombia’s electricity and energy sector are under the jurisdiction of the Ministry of Mines and Energy (MME). The MME has adopted an Indicative Action Plan and established a target. This target aims to achieve 3.5 percent of on-grid and 20 percent of off-grid generation from renewable sources by 2015. Moreover, this is to be increased to 6.5 percent and 30 percent respectively in 2020.

In terms of wind energy potential, the use of this resource alone would be sufficient to meet the country’s current energy needs. The department of La Guajira stands out for its high natural resources in this area (estimated at 21 gigawatts of capacity).

Winds in La Guajira have been classified as Class 7 (close to ten metres per second annual average). This makes it one of only two regions in Latin America to winds of this speed. The Jepirachi wind farm, the first operational wind farm in the country, is located in this area. There is also a potential for large scale solar generation in the Orinoco and San Andrés areas in the northern part of the country.

Biomass energy also has a positive outlook due to the large quantities of agricultural and forestry waste produced in the country. Important sources of agricultural waste are from banana plantations, rice, coffee, and livestock. The most suitable places for generating this form of energy are the departments of Santander and Norte de Santander, Valle del Cauca, Llanos Orientales, and the Caribbean coast. There are some existing biomass projects, such as the Ingenio Mayagüez cogeneration plant, which became operational in 2011.

With regard to small-scale hydropower, there are an estimated 25 gigawatts of naturally occurring potential for electricity generation. These are mainly situated in the Andean region. 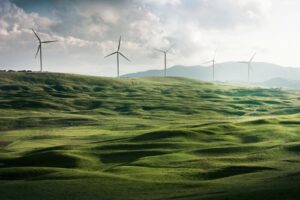 Besides the opportunities within specific sectors and the desires of the government, certain opportunities are already in effect. The Colombian government has already passed various laws that make doing business within the sector very attractive. Some of these laws and/or incentives are

This law created the Financial Support Fund for Energy Provision in Non- Interconnected Zones (FAER). This fund has proven to be an important tool for the financing of projects in areas not connected to the national grid. The fund focuses on energy expansion using both renewable and non-renewable energy sources. Furthermore, it has become an important instrument for financing projects in these regions. Another significant aspect of Law 633 is the creation of the Fund for Non-Conventional Energies (FENOGE), which will help to finance initiatives in nonconventional energy with public and international resources.

Legal or natural persons will be considered self-generators if the energy they produce is for their own consumption. Also, if they do not use national transmission or distributions systems. However, if there are surpluses, self-generators can deliver energy to the national network in accordance with the regulation established by the Energy and Gas Regulation Commission (CREG). Large-scale self-generators must be represented in the wholesale electric market by a distribution agent, who will market the surplus to the National Network. In addition, large-scale self-generators have to enter into a backup contract. This contract is with the network operator which sets out the fees and charges for the energy distribution services performed by the operator.

With laws already in place with the opportunities within each energy source, Colombia is set to become a great investment destination. The numerous opportunities within the sector are waiting for further investment and exploration. Growth in production and consumption of renewables has government backing as countries move further towards sources whose byproducts are more environmentally friendly. Getting your foot in the door early will give your company the chance to grow simultaneously alongside the country.

However, setting up in Colombia is no easy feat for someone that is not familiar with the country itself. With its many different rules and regulations, it is advised to trust in a local partner that can help you to navigate.

Whether it is looking to form a company or wanting to set up as small as possible, expert advice from Biz Latin Hub can help you get started.

Get in contact today and one of our team of experts will create personalized advice for you and your business.