The agreement illustrates a new chapter in economic relationships between Australia and Latin America. The increasingly powerful region has begun to creep into Australia’s international trade sphere. We explore the relationship between Peru and Australia and what PAFTA brings to the table for business.

Australia’s liberal trade ethos and high export activity with globally powerful markets has fostered a resilient economy that ranks twentieth largest in the world. Its exports to key trading partners topped US$253.8 billion in 2018 alone. Its GDP is currently valued at US$1.2 trillion

Peru, a regional rising star, is one of the fastest growing economies in all of Latin America. It currently holds the sixth largest economy by GDP in the region. In 2017, the country’s GDP totaled US$211.39 billion.

A friendship with strong foundations 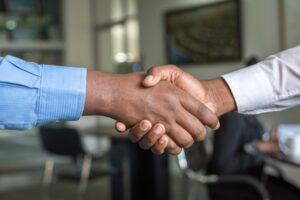 During 2017, total two-way trade in goods and services between Australia and Peru reached US$492 million, up more than 20 percent from 2016.

Before striking a formal trade agreement, Peru’s growing middle class actively sought out Australian goods and services. During 2017, total two-way trade in goods and services between Australia and Peru reached US$492 million, up more than 20 percent from 2016.

Peru also happens to be an alternative investment location for Australia. The number of Australian businesses that are operating in Peru has grown from 10 in 2003, to over 90. Australia’s new commitment with Peru provides Australian businesses with an opportunity to expand with this emerging market. The mining sectors, for example, are already closely connected and continue to deepen their cooperation.

Specifically, the objectives of PAFTA focus on:

Both of the countries must follow their own domestic treaty-making processes before PAFTA can enter into force. However, signs are already looking good for commercial actors in the two markets.

Australia’s National Interest Analysis (NIA) states that Peru offers fertile market conditions for Australian exporters. Furthermore, Peru will eliminate tariffs on 93.5 % of its tariff lines, working towards ultimately removing 99.4% of all of its tariffs on exports from its Pacific partner. 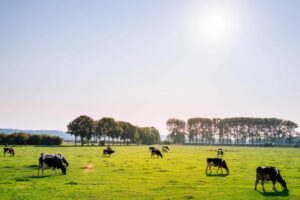 Exports that should expect the biggest impacts from PAFTA are are sugar, beef, dairy, rice, sorghum, sheep, seafood, and almonds.

Peru is a major food importer with $6 billion of agricultural goods imported in 2018. However, Australia only was able to export $5.3 billion dollars because of tariff barriers and preferential access for competitors like the United States.

The agreement between Australia and Peru will generate economic growth and jobs for both countries. Exports that should expect the biggest impacts are are sugar, beef, dairy, rice, sorghum, sheep, seafood, and almonds. This gives investors a more diverse, enabled market to choose from.

New market access opportunities are expected to be available for Australia in areas of major export interest, including in beef and sheep meat, wine, pharmaceuticals, medical devices, paper products, and machinery.

Additionally, the NIA expects PAFTA to create a platform for significant growth in Australian services exports and investments in Peru. The Department of Foreign Affairs and Trade (DFAT) peg the deal as one of the most ambitious FTAs for service trade.

Under PAFTA, the Australian Government secures certain service market access commitments from Peru. This particularly targets opportunities for mining and related services. Peru has agreed to provide market access with no limitations or conditions for Australian businesses providing services related to mining.

A key target of PAFTA is to spur increased investment into both Australia and Peru.

Australia’s stable, productive economy makes it an attractive candidate for foreign direct investment (FDI). The country has ranked within the world’s top 10 countries for FDI confidence for eight consecutive years. This year Australia will be moving up to number 8 on the AT Kearney’s FDI confidence list. Australia received nearly AUS$850 billion of FDI in 2017. The United States represents the largest source.

Due to guerrilla insurgency problems, direct investment didn’t historically gravitate towards Peru. Once violence dampened down in the early nineties, Peru’s attractiveness for investment has skyrocketed. The Latin American country experienced investment from a net deficit of US$79 million in 1992 to nearly US$12 billion in 2012. Its open business environment and progressive government now possess an FDI stock of US$98.2 billion as of 2017. It is the fourth largest recipient of FDI in Latin America after Brazil, Colombia and Chile.

Both pro-business nations understand the value of foreign investment in empowering the economy and fostering local economic growth. Further to signing PAFTA, both countries hope to join each other at the table of other multilateral regional trade arrangements (such as the Pacific Alliance) to strengthen their appeal to internationally-oriented investors. 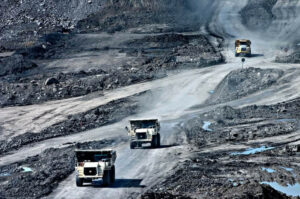 Peru’s government is pro-mining and pro-business, and undoubtedly seeks to call on Australia’s expertise to further realize its mining potential.

Investors looking for further opportunities to come out of PAFTA should take a look at Peru’s paradoxical mining sector. The country boasts one of the region’s largest mining sectors, and yet only a small portion of land has been explored for mining purposes.

The Australia mining sectors have the largest gold reserves in the world with over 18% of the known reserves worldwide. In 2017, Australia was the world’s second largest gold producer behind China, producing almost 10% of the global gold supply. Australia also has the leading iron ore producer, providing over 36% of the world’s supply.

Peru’s government is pro-mining and pro-business, and undoubtedly seeks to call on Australia’s expertise to further realize its mining potential.

The interests of countries involved in a trade agreement are unequivocally driven by the desire for continuous economic growth.

This fuels an ongoing push for more from each other. Trade deals between countries are therefore evaluated and updated regularly, to further reduce barriers for cooperation and strengthen trade relationships. Generally speaking, this suggests that once countries establish this level of interconnectedness, it’s a commitment for life.

This is good news for businesses moving into Australia and Peru, or considering new export opportunities. This agreement does more than secure a more consistent, stable trade environment for Australians with the powerful Latin American country. The two economies have now entered a long-term commitment to ensure businesses’ success when operating with and between the countries.

If you’re looking to enter the Australian market, reach out to the local experts at Biz Latin Hub. Our team expects a bright future ahead for Australia’s economy and offers a range of market entry and back-office services to support your commercial endeavors. The country is open for those international investors on the lookout for new opportunities, and now is the right time to get started.

Reach our team of experts today via email at [email protected] for personalized support on your journey.