Why are People Choosing to Live and Invest in Latin America?

It is no doubt that the economic balance of the world has moved over the last few years after the U.S.-led credit crunch, which resulted in a worldwide recession.

As a consequence, Latin America, led by Brazil and Mexico, is now amongst the strongest economy in the world and their presence on the worldwide stage is growing. There are very close similarities between the ongoing developments within Latin America and the development of Europe in years gone by as one of the leading powerhouses. To set the records straight, Latin America is generally understood to consist of the entire continent of South America in addition to Mexico, Central America, and the islands of the Caribbean whose inhabitants speak a Romance language. 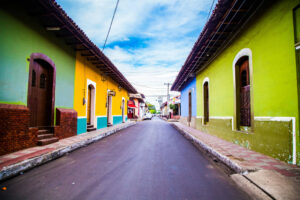 The flow of expats coming to Latin America is growing – spurring investment and economic growth.

In the 1990s, the likes of Brazil and Argentina were on the verge of economic collapse and labelled as “basket cases” by many leading economists. There was talk of decade-long recessions, a reduction in the standard of living and a decrease in the number of expats and investments in the region. Latin America had been written off by many economists, companies and governments. However, they were wrong!

Over the last few months, we have seen a significant increase in the number of European and Asian companies looking to invest in Latin America. This, on top of ongoing North American investments in the region, has led to significant economic growth which looks even better compared to the ongoing worldwide difficulties. This investment in the region is set to continue in the short to medium term, and potentially long-term.

The number of expats moving to Latin America to live and invest has grown significantly since the worldwide recession, much of which was avoided by Latin America and Australasia, and this is set to continue for the foreseeable future. The main reasons for this are the increased standard of living, the growing economy, the prosperity of the region and the fact that there are opportunities for those looking to settle into a new life. The influx of expats into countries such as Brazil or Mexico has actually picked up in pace rather than subsided over the recent months which has surprised many people.

The growing number of expats in Latin America will obviously attract more and more people in the region, leading to an increased demand for services and products. It will also help stabilize government finances across the board. This is effectively a win-win situation.

Europe has not always been the financial powerhouse it was before the Euro collapse. Indeed, there are some similarities between the 1990 collapse of the likes of Brazil and Argentina, which technically defaulted on their debt, but were bailed out by the IMF. Perhaps we are seeing history repeating itself with the emergence of Latin America as the new powerhouse economy.

Local market insiders have seen a significant increase in foreign companies and individuals looking to invest, live and set up businesses in Latin America.

Countries in Latin America have seen a high growth in the number of IT graduates in recent years and they are producing well-trained software engineers. There are an estimated 1.7 million IT professionals working in Brazil today. Argentina has more than 100 undergraduate and graduate programs with more than 120,000 students enrolled in information technology programs. The employees contracted, often through a PEO solution, are capable of handling the software development of companies in the United States.

Latin American countries are witnessing a high influx of expats and investors thanks to stable political systems and economies. Countries like Costa Rica, Brazil, and Argentina are very stable democratic societies with growing economies. Work will not be interrupted due to political differences with the United States or instability within the country. While some countries in Latin America are still facing political strife, including Venezuela, they do not affect the productivity of companies in other countries, making the risk of working in these countries very low.

It is no surprise to see that more and more expats are looking to move to Latin America when you bear in mind the ongoing economic prosperity of the region. We have the likes of Brazil leading the way in the region and also causing significant waves on the worldwide scene. We have Mexico bringing in a new political era, tackling the drug barons and assisting an economy which has been growing for some time. These situations are replicated time and time again across Latin America and at this moment in time the region will keep emerging as one of the best places to live and invest in the world.

If you are thinking of incorporating a company in Latin America, learn how our market entry and back office services can be useful for successful operations in the Latin American region. Get in touch with our team here and to see how we can support you in Latin America.