Why Invest in a MERCOSUR Member Country?

Latin America offers an incredibly varied range of business opportunities. With many countries in the region now prospering economically, foreign companies can find the perfect fit for their product or service. The diverse business portfolios of the countries are well described in the different kinds of sectors available.

Moreover, with the economic growth of the region, various growth-enabling legal frameworks have been established locally. Governments have seen the promising future of foreign investment and are keen on attracting it.

Consequently, softening trade borders have become more important on the agendas of Latin American governments. This trend has seen the development of one of the world’s strongest trade blocs, called MERCOSUR. This group drives ongoing combined trade effort between its Latin American member countries. Learn how investing in a MERCOSUR country offers a commercial environment supportive to your success.

What is MERCOSUR and why invest? 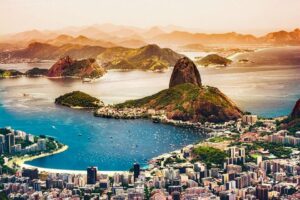 MERCOSUR is a common market made up of different Latin American countries. These countries agree upon political, economic, and trade regulations. These regulations allow these countries to operate as a so-called ‘trade bloc’ which empowers them internationally.

The goals behind the trade bloc illustrate an open and dynamic process. Since its creation, its main objective has been to promote a common, integrated commercial space. This space generates business and investment opportunities through the competitive integration of national economies into the international market. As a result, it has established multiple agreements with countries or associations. These states are granted associated member status, and enjoy preferential trade conditions with member countries.

The influential bloc has also signed commercial, political, or cooperation agreements with a diverse number of nations and organizations on all five continents.

The trade bloc was created to allow Latin American countries to use combined contacts and economic power to gain more negotiating power. The bloc has five member states (though Venezuela is currently suspended), seven associate states, and two observer states.

Mercosur, the South American trade bloc, is made up of:

Furthermore, by negotiating trade agreements on behalf of multiple countries Latin American business fares well. The more trade agreements achieved, the easier doing business becomes in participating countries, including market access and international trade. The reason for this is simply because trade agreements are aimed at increased ‘cooperation’ between signatories, offering them win-win trade propositions.

MERCOSUR’s biggest trading partner is the European Union and they currently do business with each other guided by the principles of the Inter-Regional Framework Corporation Agreement of 1999. This framework was designed to lay the foundations for closer economic ties between the two regions. As the European Union is a historically well-faring group of countries, this is another important trade partner for the Latin American traders.

Moreover, the trade bloc also has long-standing trade agreements with the United States. These agreements have been put under some pressure in recent years, but remain fruitful.

The biggest trade advantage of MERCOSUR is the fact that all member countries operate openly with each other. Consequently, whenever doing business in one of the member countries you are automatically exempt from import or export tariffs. This has made the trade bloc one of the main reasons for the economic growth recently seen throughout Latin America. 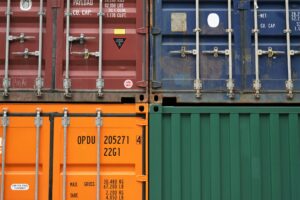 Trade agreements help flows of US$40.28 million in exports from and US$34.66 in imports to the bloc.

What can MERCOSUR do for you?

All member countries maintain free trade policies with each other. These trade agreements help flows of US$40.28 million in exports from and US$34.66 in imports to the bloc. This, of course, can help your international company gain a competitive edge. Exploiting this advantage means providing products to large populations at a lower price, as import tariffs do not have to be included in mark-up considerations. This would allow your company to gain an edge towards your competitors. Alternatively,  leveling your products at market price creates a higher gross profit.

Moreover, member countries provide economic stability to their economies. MERCOSUR not only covers trade agreements but also political agreements. With these, member governments are pledged to provide consistent, standard approaches to regulations for the benefit of foreign businesses and investors.

Political stability is essential for investors when moving forward with expansion or investment plans. This stability equals higher levels of predictability, which reduces risk. This reduction in risk is something every company that seeks for security.

The past year has seen many developments that are likely to play an important role in shaping the future viability of MERCOSUR as an integration project.

Another development has been the suspension of Venezuela from the bloc. When analyzing the developments, it becomes clear Latin America is still dealing with the unpredictability of local governments, and this can affect trade relationships at times.

However, the desire to create a stable and well-performing economy will guide the bloc towards prosperity in the long-run. MERCOSUR demonstrates an ambition to expand, for the benefit of its member countries and business success in the growing region. Along with the current benefits, this future image should provide your company with enough reason to invest.

If you are interested in taking advantage of the free trade agreements between the Latin American countries and enjoying the advantages of operating in a stable trading environment, MERCOSUR should be on your radar. However, expanding to an unknown country requires careful understanding of the local legal requirements.

These difficulties can be dealt with by joining forces with a local partner. Biz Latin Hub offers customized services for your expansion into Latin America. Get in touch with us at [email protected] to find out more.