Australia and Latin America, at first thought, do not seem a likely business pairing, with the vast expanse of the Pacific Ocean separating them. Indeed, this was previously the case – in the past, Latin American and Australian trade and commercial relations were relatively insignificant. However, in more recent years, the physical distance between these two regions is not seen as a barrier and hence has not prevented the fostering of business relations between them.

The Australian government is actively promoting open trade with Latin America through several bilateral agreements, changes in policies and decisions to strengthen relations with various jurisdictions in Latin America. Some of these legislative changes can be seen below:

Australia is increasingly becoming an attractive commercial destination, experiencing a greater influx of Latin American services and products entering the Australian market. There is evidently substantial growth in trade and commercial relations between the two jurisdictions, and countries in Latin America wishing to expand or invest their money elsewhere, could turn their attention to Australia and exploit the wide range of lucrative opportunities available for investors there. 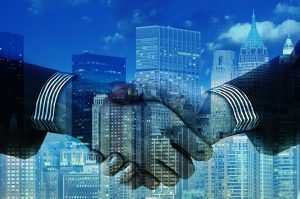 Discussions are underway for a trade agreement with Australia and the Pacific Alliance.

Listed below are some key facts about the two regions:

There are many reasons why Australia and Latin America should trade with each other. One can observe the trend in bilateral trade and commercial relations between the two regions.

Australia is opening its doors to the flow of Latin American goods and services. With attempts being made to forge stronger links between these two regions, an increased market access and reduced trade barriers will enhance economic growth and provide relations further opportunities for trade and commerce that both shall reap the benefits from.

Listed below are some of the prominent countries with the key products that Australia imports: 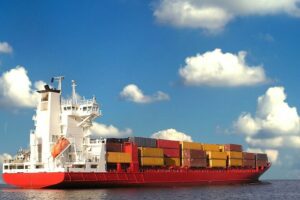 More LATAM products and services are entering the Australian market.

Why should Latin America Look to Australia for Trade Opportunities?

According to Austrade, Australia is one of the safest places in the world to do invest and do business. Despite being a country that is home to only 0.32% of the world’s population, there are many impressive statistics that make Australia an attractive jurisdiction. Hence why there are many reasons why you should invest in Australia.

Australia is home to many booming industries including Resources and Energy, Tourism, Agribusiness, Education and Financial Services. These are sectors that have experienced substantial growth and will continue to do so. Leading companies are starting to turn their attention to Australia for potential investment opportunities. One such company was Duratray, a Chilean manufacturer of mines, who heavily invested in Australia – a venture that proved to be successful. Mining is a booming industry in Latin America and as Steven Ciobo, the Australian Minister for Trade, Tourism, and Investment said: “Australia continues to attract high levels of productive investment – the stock of foreign direct investment increased by over eight percent to $796 billion in 2016″. In 2017 for example, 37.1% of FDI in Australia was in the Mining and Quarrying industry amounting to $315.3 billion. For both companies wishing to expand and people looking to invest in this field, Australia is a country with opportunities worth capitalizing.

Australia is without a doubt a hugely attractive commercial destination. If you are interested in the potential trading opportunities between Australia and Latin America then get in touch with our professional and dedicated team at Biz Latin Hub, who has recently become a corporate member of ALABC.

The team is extremely well-equipped to assist you in your business ventures in Australia. For further information, please contact our Co-Founder and CEO, Mr. Craig Dempsey here.