Why Choose Belize for an Offshore Company Incorporation?

Belize, a formerly British colony, gained its independence 1981 and remains a fairly small country with only 340,000 inhabitants. The old capital Belize city is the major commercial centre, but Belmopan city is the current capital of the country. It is perfectly located between the tranquil waters of the Caribbean Sea and the tropical jungles of Central America. Belize is renowned for having a wealth of flora and fauna featuring the famous Barrier Reef. Therefore, the country has a lot to offer such as fishing, snorkelling, scuba diving and visiting the impressive Mayan ruins. 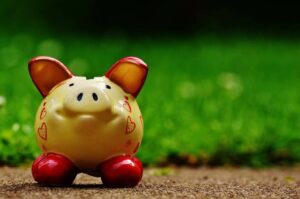 Additionally, legislative changes during the 1990´s allowed Belize to transform itself into a very attractive offshore banking jurisdiction, whereby it is possible to incorporate an offshore legal entity in Belize (assuming the entity does not conduct any business within Belize itself) and as such pays zero company tax. Additionally, within Belize, it is possible to operate in both English or Spanish. Belize operates under common law, which makes the country a very attractive for many Commonwealth citizens, such as Australia, United Kingdom, New Zealand, Canada etc.

Other specific advantages of incorporating a business in Belize are as follows:

Belize is fast becoming the number one justification for both individuals and companies looking to incorporate an offshore entity based on the combination of:

At the Biz Latin Hub, we have a team of local experts that can guide you through the entire process of establishing your offshore entity in Belize. For more information please contact Craig here.