Costa Rica is a little business gem concealed behind tropic scenery. Better known for its biodiversity, fruit exportation, and tourism sector, Costa Rica is actually one of the biggest tech manufacturers in Latin America, and its service sector is the third most important in terms of GDP for the country.

As such, it´s no wonder a lot of companies are looking to Costa Rica when considering Latin America as an outsourcing destination. Here, we will look at some of the key reasons why you should outsource one or some of your business functions to Costa Rica. 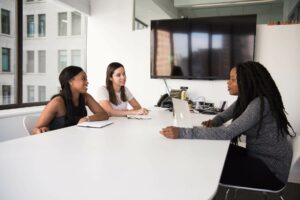 Costa Rica has a highly qualified workforce with an elevated set of skills; making it an ideal jurisdiction for foreign companies looking to expand operations.

Since the turn of the millennia, Costa Rica has multiplied its higher education population between the ages of 25 and 64 to 23%, the highest in Latin America according to a survey made by the OECD on 40 countries.

Perhaps one of the most important aspects for companies looking to expand their operations abroad is the difference between the base salaries in Costa Rica compared to places like North America and Europe. For example, a senior level software engineer earns an average of USD$3,000 per month.

Convenience in communication is one of the key aspects to take into account when considering outsourcing your business functions to Costa Rica.

Costa Rica has a talented and innovative workforce that thrives on working the technology sectors. This access to human resources is a key reason why companies consider Costa Rica a prime location to outsource business functions too. In fact, Costa Rica has been dubbed ‘The Silicon Valley of Latin America‘. The nation has become a key business hub for various manufacturing companies in areas such as electronic components, medical devices, and software development.

Costa Rica is one of the most well-established democracies in Latin America. The nation abolished its armed forces in 1948 after their first, and only civil war; as a consequence, the education system was reinforced with funding. Costa Rica has had economic stability since the 1980s, after turning an economic crisis into a successful exportation model based on the service industry.

The Costa Rican government maintains a strong focus on developing the country’s economy through a number method. Some of the key reasons why Costa Rica has been able to advance quicker than some of its neighbors include the governments push for sector diversification, a strong emphasis on education and incentives such as tax cuts and exemptions for certain companies.

While many countries around the global restrict foreign ownership of companies, Costa Rica allows for 100% foreign ownership and furthermore, a company’s capital can be subscribed in a foreign currency. This makes Costa Rica an ideal location for investment by North America and European companies looking for their next expansion destination.

Costa Rica remains one of the great commercial jurisdictions in Latin America. With globalization making the world smaller, many businesses find that they are able to invest in new markets as a way to develop their core business. Costa Rica provides an ideal location for nearshore outsourcing – this is particularly true for US and Canadian companies looking to take advantage of the regions proximity and human resource capacities.

If you are interested in Costa Rica as an outsourcing destination, it is vital you work with a local group to ensure your operational success. Biz Latin Hub is the local partner to many North America companies who have decided to expand south to the lucrative Latin America markets. Contact us today to see how we can support you in Costa Rica and Latin America.