What Are The Possibilities for Business Growth in Costa Rica and Central America?

Central America is feared by some and loved by others. The region is comprised of seven (7) countries; Belize, Costa Rica, Panama, Guatemala, El Salvador, Honduras, and Nicaragua with a total population closing in on 50,000,000. Although they share the Spanish Language (minus Belize) and various borders, the countries vary greatly with respect to culture, history and the business environment.

This informative piece is going to focus on commerce and economics in Central America, while giving special attention to Costa Rica, and will examine a range of external and internal factors that affect investment and investor confidence in the region. Through existing group knowledge, extensive research, and Mr. Jairo Hernandez, Ambassador of Costa Rica to Australia, we will examine the region wholistically in regards to investment and trade.

These agreements provide an important platform to facilitate economic development for the economies that make up Central America. Due to great variations in productions between the countries in the region, they are able to leverage the strengths of one-another to grow their economies and foster important commercial and diplomatic relations. In regards to the business environment, typically, northern Central America tends to see a heavy reliance on their textile and agricultural industries while unfortunately experiencing greater rates of poverty and advancing at a slower rate than southern Central America. Sothern Central America, specifically Costa Rica and Panama have quite advanced economies, with a shift in their economic models from the exportation of raw goods and textiles, to the development and exportation of high tech products as well as huge growth in the service sector in Central America.

While having a broad range of business opportunities available (which we will get into later), unfortunately, investment risks still impact investor confidence and operations in the region. Business investment risk varies throughout the region, however, there are three key business risks in Central America we have identified as being the greatest influencers on international investment.

While present across all regions, some countries in Central America experience higher levels of political and economic instability than others. The ‘Northern Triangle’ composed of Guatemala, El Salvador, and Honduras are still experiencing the aftershock of civil wars in the 80´s, leaving violent legacies and fragile national institutions. Corruption and violence strongly impact investor confidence in the region and despite developments, many investors are still hesitant to consider these zones as a viable place to do business. The region has many promising and attractive sectors, yet for these to be optimized, reforms to the political systems need to occur and stability needs to be restored. If the political systems and institutions can respond to the needs of the people and society, significant advancements can be made.

Countries such as Singapore have had forward-thinking leaders, all who have identified education as the key aspect of the overall development of any country (and as such, their education system is considered “world-leading”). Central America needs to adopt a long-term approach to the future development and success of their respective regions, with well thought out investment in the education sector strongly needed. Education has and will prove to be an essential factor in the growth of Central America. Costa Rica is a great example of a country that has invested heavily in the strengthening of its education system. This has played a huge role the development of the country, at a pace that far outweighs Central America and further abroad. 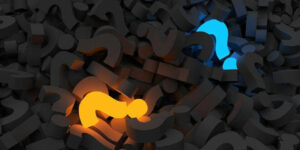 Central America boasts a wealth of business opportunities for foreigners, and a range of competitive advantages in various sectors.

The natural bridge between North and South America provides Central America with a strategic competitive advantage in regards to international trade. Their geographic position combined with well thought out free trade agreements proves time and time again as a significant business advantage. The Panama Canal has brought huge benefits to the region with some experts saying that we have not yet seen the full potential of the Canal, with trade between Asia and US East Coast expected to grow. The Panama Canal provides a significantly shorter route for Asian and USA traders as opposed to Suez Canal in Egypt.

While a small number of regions are expected to struggle economically in 2018, the region as a whole is expected to see solid economic growth. Growth in 2018 is expected to reach 3% with 2019 expecting an increase to 3.3%. Countries such as Panama and the Dominican Republic are expected to experience the greatest rates of economic growth in the region. Another country to mention is Guatemala, which despite having economic and political struggles, is seeing promising GDP growth and an increase in household spending.

Latin America as a whole has seen the strengthening of traditionally dominant sectors such as the Mexican automotive industry, to new sectors such as non-conventional renewable energy in Chile and E-commerce in Argentina. While South America has typically developed at a faster rate than Central America, the region as a whole boasts a number of exciting industries and sectors. From the traditionally strong markets of textiles and agriculture in the north of Central America to the service based technological sectors in Costa Rica and Panama, the region is seeing the growth of business opportunities for both locals and foreigners. Costa Rica, the innovation hub for technology, is experiencing a huge boom in the service industry. The country´s highly educated and very bilingual English and Spanish population, along with the welcoming business environment has turned the country into an attractive destination for foreign technology companies. Another exciting and developing country is Nicaragua who also has a young and educated workforce. Many foreign companies have found that doing business in Nicaragua strengths their global competitive advantage by reducing human capital costs while maintaining high-quality control.

Central America has great potential for foreign investment in the sustainable development sector, with a host of projects in the renewable energy sector – notably wind, solar and hydroelectrical. Despite the region not being renowned for its efficiencies in renewable energy, the region has many competitive advantages, one being its share in non-hydro renewable energy is impressive (13%) when compared to the global average (5%). “Costa Rica’s commitment to sustainability is not an accident. The country has been without an army since 1949 and this has had an obvious impact on its human development indicators. Costa Rica has an advantage in terms of biodiversity, and an economy boosted by masses of tourism (and eco-tourism) thanks to its pristine environments and an unspoiled natural beauty.  Its scenery would not remain immaculate were it not for a well-functioning and stable political system. Sustainable development – with three key pillars in action: economy, society and environment, is part of the soul of a country that allows it to enjoy freedom and peace.” – Mr Jairo Hernandez

The Rise in Tourism in Central America

As the world embraces travel like never before, many people are looking to new destinations. Central America has exploded on the tourism map in the past decade and this trend is only expected to continue. A great climate, plenty of coastlines, economic prices and friendly locals have meant that the tourism industry is peaking. This industry growth creates the opening for much-needed investment in the sector (often coming from abroad). In Costa Rica, tourism has surpassed agriculture as the largest industry in the country, with eco-friendly and sustainable lodges located in the beautiful forests and parks. Additionally, in the last two years, new air carriers have opened nonstop services to Costa Rica from cities such as London, Paris, Amsterdam, Zurich, Frankfurt and Munich.

What does the Future Hold for Central America?

Mr. Jairo Hernandez looks forward to a promising future for Central America. He is by all means aware that the region is not without its issues, however, the overall view of the region is promising. Mr. Hernandez sees five vital areas that will create opportunities to move the country forward.
As the region develops, opportunities for investment grows, positively contributing to the local economies and ultimately the lives of the inhabitants. The region as a whole has seen the benefits that foreign investment brings. Central America, similar to Latin America as a whole, has an exciting future ahead, and through the development and implementation of policies as mentioned above by Mr. Hernandez, the countries that encompass the region have the opportunity to prosper and develop.

“Central America remains a very privileged geographical area bridging the northern and the southern portions of the Americas. Practically without exception, the countries are committed to the attraction of foreign investment in various forms, with the region already seeing the benefits that this investment brings them. Being a region composed of small countries has many advantages; there is great potential for growth and investment in diverse projects including public infrastructure, manufacturing ventures, tourism and service industries. Privileged by nature, this part of the world is a potential laboratory for sustainable development practices that make sense from a business perspective” – Mr. Jairo Hernandez.

Given the favorable conditions in the country and the region as well as the economic growth, Biz Latin Hub through its company Business Services offers the experience and support necessary for investors to have a successful market entry. Feel free to contact us now.

Interested in investing in other promising sectors? Watch this video and learn about investment in Colombia, one of the exciting developing countries in South America.