What Business Opportunities Are Available in Mexico?

Given that Mexico is tipped to be one of the world’s top economies by 2050 it represents an attractive start-up hub for companies looking to make a splash in the world of business. Once a maquiladora mecca, Mexico is now moving beyond basic manufacturing and into the world of innovation and technology.

If you’re looking to form a new company in Mexico, you might want to consider a few options before you settle on the final location for your business operations. This article will examine three of the top options to consider when it comes to business opportunities in Mexico.

Not surprisingly, the capital city of the world’s largest Spanish speaking country is a good place to begin business operations. An entrepreneurial start-up environment has really only been developing in Mexico for the last decade and much of the action has taken place in Mexico City.

On a practical level, being in the federal centre of the country makes access to regulators and general support easier. There are over 22 million people living in Mexico City and a wealth of business hubs offer accounting and taxation, visa and legal services. As a major financial centre, Mexico City now has a thriving venture capital scene, and organizations like the Mexican Association of Venture Capital and Private Equity (MEXCAP) and the National Institute of Entrepreneurship (INADEM) have helped support businesses get off the ground.

Angel investors are also increasingly looking for interesting investment opportunities in Mexico, and companies like Angel Ventures and Angels Den are working to bring financers and innovators together. In 2014, INADEM statistics revealed that the institute distributed US$658 million to roughly 620,000 entrepreneurs, micro, small, and medium businesses in Mexico, leading to the creation of 6,000 new companies and 73,000 new jobs. There are five key discretionary frameworks being looked at when it comes to awarding funds – regional development, business development, high-impact financial and entrepreneurial culture, medium and small business projects, and technology access for micro business. 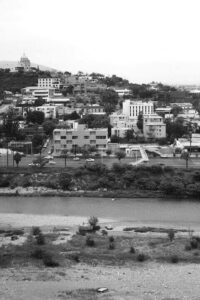 After the nation’s capital, the northern city of Monterrey makes an excellent choice for the formation of a new company in Mexico. With a population of 4.9 million people it is located just 210 kilometres from the Texas border, making it an especially good option or those looking to work closely with the US. Monterrey is the headquarters from some of the most important industrial and financial groups in Mexico. It is also home to one of the country’s most important venture capitalist firms Alta Ventures and business accelerator Naranya.

Two of the most important universities in Mexico and Latin America: Tecnológico de Monterrey (ITESM) and Universidad Autónoma de Nuevo León (UANL) are based in Monterrey.

Business sectors that are particularly strong in Monterrey are automotive, aerospace, home appliances, software and IT, healthcare, biotechnology, nanotechnology, agrifood, housing, and media/entertainment.

If technology is your area of expertise, Guadalajara, the “Mexican Silicon Valley” is an excellent choice to base your business within Mexico. With a population of just over 4 million, Guadalajara has become a major destination for global business expos and conferences.

This technology hub was the location chosen by Hewlett Packard to set up shop in Mexico, making it the first US technology company to put down roots in the country. HP was quickly followed by GE, IBM, Oracle, Intel, and Kodak. Now Guadalajara is home to 8 out of the 10 leading global contract electronic manufacturers.

The Mexican government is aiming to foster further investment in the city through the creation of Ciudad Creativa Digital, which received US$20 million of investment in 2015. Aiming to foster creativity the “city within a city” will feature co-working spaces, development and research labs, and other facilities. FDi magazine has heralded Guadalajara as the second strongest North American city in terms of economic potential after Chicago.

The prospects of doing business in Mexico are more promising than ever and the team at Biz Latin Hub can help you take advantage of these business opportunities. For more information, please get in touch with Alex from Biz Latin Hub here.