Commercial Opportunities for Mining in Bolivia

Bolivia is a country rich in natural resources that relies on their productivity as an important contributor to its GDP. It is estimated that only 10% of minerals have been extracted so far and exploration activities continue to discover rich soils. Last year Bolivia increased its production of zinc, gold, silver, lead, antimony, wólfram and ulexite.

The private sector is the most important productive actor for Bolivian minerals. It was reported that between January and September of 2018, this sector contributed to around 57% of the mineral production value. In this sense, the government is aware of the importance of private contribution and it is opening up to foreign investment.

In this article, we seek to outline investment opportunities and laws that govern mining contracts in Bolivia.

Bolivia is working to attract more private investors. The country has shown an openness to foreign investment by signing big deals with foreign firms.

Due to the protection the government has applied for minerals in the past, vast natural resources have only recently become available for exploration. Currently, the country is making efforts to work with international investors to discover more minerals. An example that is becoming precedent for future investors is New Pacific’s fruitful investments.

New Pacific shares rose 14.6% on 27 August, when it was reported that their infill drill results from 20 Silver Sands confirmed the continuity of mineralization in specific areas, which confirmed the availability of wide zones of mineralization. Additionally, New Pacific has benefited from using simple extraction methods that reported high recovery rates and has added a fourth rig to their 2019 infill drill plans.

Another new foreign player is Eloro Resources. The company has signed an agreement with a private Bolivian company to conduct exploration and development operations for 4 years for an area that is classified as polymetallic. According to the CEO, the results from their initial diligence are very positive.

Silver and gold have inherent value as a medium of exchange and as a store of value, which makes them reliable revenue-generators. Recently, silver prices have surged up to $18 an ounce during August and September 2019. Additionally, during periods where negotiations by world leaders become tense, such as the China and the US trade war, the prices for these commodities increase as they are considered a safe-haven.

Mining exploration projects in Bolivia have been discovering more mineralized zones than expected, These variables are increasing Bolivia’s appeal for foreign investment and productive commercial activities.

According to the constitution, the State has multiple roles for mineral legislation, different institutions within the Ministry of Mining and Metallurgy take on varying responsibilities.

The constitution only recognizes three actors for mining operations. These are state companies, private companies and cooperatives.

Mining in Bolivia is governed by the State. The mining chain begins with the discovery of potential mineral deposits (it indicates that there might be a valuable mineral in the subsoil), continues with the exploration stage, and ends with productive operations planning.

One of the requirements to make a contract in Bolivia is to carry out a consultation. The exploitation of natural resources is subject to a process of consultation with the affected population. The mining law determines that prior consultation be convened and directed by the AJAM and that the agreements reached in it be binding on the signatories, including the state.

The constitution also mentions a social interest to fulfill before signing a contract. In order to comply with this requirement, Article 18 of Law 535 is important. This article states that this interest is met by the continuous execution of mining activities and when a monetary contribution for the mining patent is made. Also, according to the Mining Law, the royalty contribution is the channel by which affected communities enjoy the benefits of the mining activities.

Resources of strategic nature are of the utmost importance because their contracts are considered of public interest and need approval from the legislative assembly. The resources that fall under this category are non-metallics such as salt, brines, evaporitic, sulfur, and others.

According to the mining code, mining in Bolivia is governed by the general tax regime. This means mining companies must pay the transaction tax (IT), value-added tax (VAT), corporate income tax (IUE), among others.

Royalties and Law against land seizures

The compensation of royalties, Law 535, establishes that 100% of the royalty goes to the department from where the mineral was extracted.

To sign a contract there are some requisites to meet. For instance, the submission of a work and investment plan, and a legal domicile, which should be the local jurisdiction where the company carries out the largest operation.

Depending on the type of natural resource, other approvals might be necessary. Contracts that deal with strategic resources, in which the utility is very large, or that cover large areas of territories are considered of public interest. This means these contracts will need approval from the Assembly before finishing the deal.

The Mining Administrative Contract (MAC) is signed with AJAM and is a legal instrument that grants a company the power to perform certain activities of the mining production chain. The limits of the contract determine a maximum area for a new mining contract, and a 30-year timeframe. 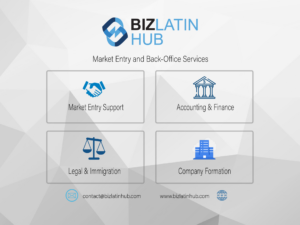 For the ones interested in mining activities in Bolivia, consider obtaining guidance from a qualified legal team that will facilitate the process. Navigating local laws can be complex

To learn more about the Bolivian economy, the business opportunities to form a company in Bolivia, and how you might take advantage of these political shifts, please contact us today.