New Zealand has one of the most influential economies in the South Pacific region. By welcoming and encouraging foreign businesses and investments, the country developed a thriving economy that attracts the attention of global investors every day. Successful FDI in New Zealand typically falls within a couple of stable, well-established industries. However, there are some emerging industries in the country which could offer major gains if investors act quickly.

A breakdown of these industries and opportunities follows:

Mining for marine minerals is an emerging industry in New Zealand. Marine mining is the process of abstracting minerals from the ocean floor by an integrated mining/processing ship vessel. Scientists first recognized the ability to use minerals from the oceans in the 1970s. Unfortunately,  appropriate technology or machinery wasn’t available at that time to realize this potential. Nowadays, the technology exists and investors have the monetary means to pursue this incredibly interesting industry.

The seabeds are home to a variety of essence minerals. Minerals like aggregate and ironsand are fairly abundant and are important for beach replenishment and making cement. Additionally, ferromanganese and phosphorite nodules are common in New Zealand’s waters. Ferromanganese nodules can be very valuable because they typically contain nickel, cobalt, and copper, all essential and useful minerals. The phosphorite nodules can be used as fertilizer for the agriculture industry, one of New Zealand’s largest sectors. Finally, sulphide deposits can also be found from marine mining. These deposits typically contain valuable minerals like zinc, copper, gold, and silver.

The opportunities within this industry are untapped. New Zealand’s waters span over six million square kilometers, making it the fourth-largest seabed area in the world. Overall, this amounts to over twenty times New Zealand’s land area. Currently, few companies are mining marine minerals in Chatham Rise, southwest of the country, and South Taranaki Bight, which sits between the country’s two land masses. Less than a handful of companies have approval to mine in these areas.

Given the vast size of New Zealand’s seabed, coupled with the lack of competition, the possibilities for lucrative investments to be made are seemingly endless. 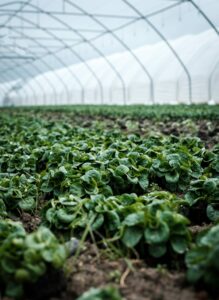 Agriculture presents many investment opportunities, as it is New Zealand’s largest industry.

Agriculture is one of New Zealand’s largest and most important industries. Overall, it accounted for 5% of the country’s GDP alone in 2016, bringing in NZ$10.6 billion. With such a stronghold on the New Zealand economy, the agriculture sector is always open to investment and improvements. Strides in this industry prove to be advantageous for the country and for those who invest.

The industry presents a wealth of opportunities for national and international expansion. Recently, New Zealand’s government established a goal to double agricultural exports by 2025, totalling NZ$64 billion. Moreover, partnerships between New Zealand and Mexico’s agriculture sectors is one of the most up-and-coming possibilities.

Investing in the industry is becoming easier as well. Investors can now enter into equity partnerships with farm owners and producers. These opportunities lie in sub-sectors of the industry like livestock, horticulture, and agritech agritech. Overall, with continuing expansion, investment, and innovation, New Zealand’s agriculture sector could dominate the global market.

Finally, New Zealand presents a host of investment opportunities in its renewable energy sector. It is one of the leading countries in the world to operate on renewable energy. Total, 40% of the country’s primary energy is reliant on renewables, as well as 84.8% of its electricity. Given the increasing innovation levels and attempts to ‘go-green,’ New Zealand could be one of the first countries to get 100% of its energy from renewable resources. This gives investors a wealth of opportunity to get in on the growing industry.

The most widely-used renewables in New Zealand are geothermal, hydro, wind, and solar. Each sector has its own innovative projects on the line. As for geothermal, researchers are developing technology to make this resource accessible to individual homes. If this is successful, an entirely new electricity sector would emerge.

Hydro, wind, and solar are expanding in the country as well. New Zealand has an inviting environment for wind renewables because of its geographic location and the excess land it has to dedicate to possible wind farms. With further investments, wind farms could become more popular in the country and ultimately supply a fair amount of the country’s energy. 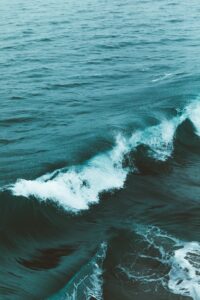 Wave and tidal energy is the newest front in the renewable energy sector.

Moreover, there is an emerging energy sector in New Zealand which is ripe for further research and foreign investment. Wave and tidal energy is generating the interest, and investments, of researchers and business people all around the world. New Zealand leads the world in wave and tidal energy research and developed the sector’s first powering device.

Investing in the wave and tidal energy sector in New Zealand is an investment in one of the foremost renewable energy sectors researchers have discovered. Although still in its infancy, this industry could be the largest and ‘greenest’ energy source of the future. Overall, investments would be put to developing sustainable and effective technology which transforms the energy into electricity. Currently, New Zealand is leading the renewable energy sector’s future with its developing wave and tidal energy industry.

Invest in the future

New Zealand currently has many enticing industries for foreigners to invest in. The ever-evolving spirit of each one is what gives New Zealand such an edge over other countries around the world. With its FDI-friendly attitude and openness to collaboration, New Zealand is one of the best places to start a business or start investing.

These opportunities won’t last forever though. Reach out to Biz Latin Hub here to get started on your path to success. Our experienced team will help you with all your commercial representation and back-office service needs.