Labor Laws to Consider When Hiring Employees in New Zealand

As the third-freest economy in the world, New Zealand is an attractive environment for the incorporation of a company. The small country receives large sums of foreign direct investment, global trade, and has its fair share of free trade agreements. Given all these enticing characteristics of the economy, it’s no wonder so many foreign investors and entrepreneurs are looking to set up in New Zealand. However, there are a host of new labor laws and regulations in the country to be aware of when moving a business to New Zealand.

Since the instatement of Prime Minister Jacinda Ardern in 2017, new labor laws and union activity are changing the way people do business. Ardern, the leader of New Zealand’s Labour Party, is working to make working conditions and labor union rights more fair. Experts say the changes she made are some of the most influential changes in the New Zealand employment law. We give a comprehensive overview of the recent changes and regulations below.

In terms of general changes to employment law, the New Zealand government established a handful of new laws in the overall employment law sector. These changes include adjustments to wages, leave, and employee protections.

The Minimum Wage Act could be one of the most influential changes for businesses. Recently, the minimum wage increased to $17.70 on April 1, 2019. The government is committed to increasing the wage further. By April, 2021, the national minimum wage will be $20.00. 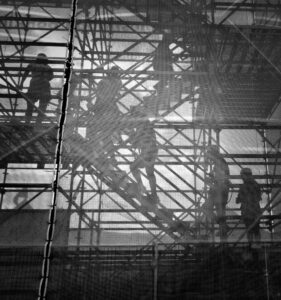 Labor unions in New Zealand are gaining momentum in terms of power and sway in the government.

The formation of and culture surrounding unions in New Zealand is strong. It is important to know that unions are a big part of employees’ lives and rights in the country. Recent laws have changed the regulations around unions and employers. Most notably, these changes come from The Employment Relations Act of 2018. These changes include, but are not limited to, the following:

Overall, unions in New Zealand are highly active under the current government. It is crucial for any business setting up in New Zealand to understand evolving regulations surrounding labor unions. They play a huge role in the climate and functionality of the country’s economy.

The Employment Relations Act of 2018

Politics and business in New Zealand have been trying to work together over the past three years. In terms of employment law and business, the most recent legislative change made by the team was the Employment Relations Act of 2018. Established in 2018, these new laws are now in full effect as of May 6th, 2019. Aside from changes made in terms of labor union regulation, as mentioned above, the act also improves fairness and safety for employees within the workplace. Overall, the biggest changes within the act are as follows:

Although it was established almost 50 years old, New Zealand’s Equal Pay Act of 1972 is receiving more attention now than ever. This comes after pay gaps between genders reached an astonishing 16% in 1998, and still lingered around 13% in 2016. As a result, the government created the Joint Working Group on Pay Equity Principles (the JWG) in 2015. 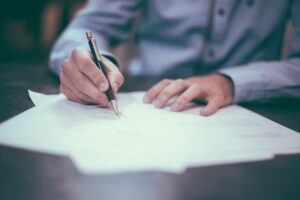 The New Zealand government is trying to make amends in terms of the pay gap between genders.

As a government organization, the JWG develops and proposes legislative ideas and recommendations. Ideally, these changes decrease the wage discrepancy between genders in New Zealand. In the near future, the government expects to make amendments to the Equal Pay Act of 1972, as well as the Employment Relations Act, to include protocol for equal pay claims. There is also talk of requiring employers to publish data surrounding pay gap statistics between male and female employees. This will make the issue at hand more transparent.

While there are new laws to abide by, employers stand to gain from these changes too. Typically, employees in safer, friendlier working conditions tend to be happier and more engaged. As a result, employees who are happy in the workplace are 20% more productive than those who are not, so your business will ultimately benefit. For example, Norway has similar employment laws in place, and they are ranked second in the world in terms of employee happiness and satisfaction. They also have the world’s eighth highest GDP per capita.

Moreover, New Zealand’s 2019 Budget intends to spend a fair amount on public investment. Social sectors will be receiving large injections from the government, so as to help the general public. This means that, while employers must abide by the new rules and regulations, not all costs will be falling on their shoulders.

Labor laws, foreign investments, and company formation in foreign markets can seem daunting. With the surplus of laws, regulations, exceptions to the rule, and ever-changing politics, it can be difficult to navigate the expansion and/or establishment of your business.

That’s what Biz Latin Hub is here for! With expertise in back office services and commercial representation abroad, we can help you and your company enter foreign markets all over the world. If you’re intrigued by the business opportunities waiting for you in New Zealand, contact us here with interest and/or any questions.