The global economic context is undergoing significant change in terms of emerging and shifting powers and trade conflict. As such, nations are poised to seek new, enduring partnerships to diversify trade channels and make the most of new potential.

Chile and India demonstrate such opportunistic behaviour. Though the two established formal trade relations back in 1956, these countries didn’t place their bilateral relationship under the magnifying glass again until 2016, where a Preferential Trade Agreement saw them wipe a significant amount of tariffs from each other’s exported goods. 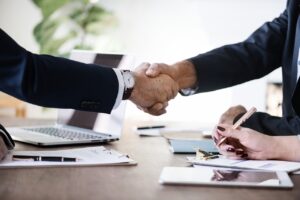 The 2016 Preferential Trade Agreement saw Chile and India wipe a significant amount of tariffs from each other’s exported goods.

Now, they’re looking at a further refresh of their partnership, to enable greater commercial and human connectivity. This is good news for companies considering preliminary expansion options into Chile, or India.

Chile was India’s first formal Latin American connection. They signed a bilateral trade agreement in 1956, but it wasn’t until 2005 that the two signed another agreement on a framework for further cooperation.

This framework included a Preferential Trade Agreement, which was also finalized in 2005, coming into effect in 2007 for both countries.

From there, the next milestone for the two regional powers came in 2016, when Chile was India’s third-largest trading partner. They set an ambitious target of expanding their Preferential Trade Agreement to significantly widen the scope for concessional duty rates on goods traded between them. At this time, India was importing US$1.96 billion worth of goods to Chile, and exporting around $0.68 billion, totalling two-way trade of US$2.6 billion.

The two countries made commitments to significantly reduce tariff lines on each other’s exported goods. Between them, they offered concessions to each other on a total of 2829 tariff lines. 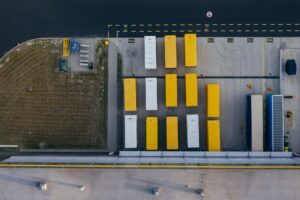 Such trade behaviour exemplifies significant current opportunity for businesses looking to export their goods into these markets. Chile’s goods serve a population of over 1.3 billion people in India. Indian businesses considering their trading prospects have access to a consumer market that places a high value on the Indian brand.

In a Joint Statement released by the two Presidents, Chile and India will seek greater cooperation in:

“health and pharmaceutical, mining and minerals, space and ICT, agriculture and solar energy, traditional medicine, social development specifically on disability issues; management of natural disasters, preferably through the exchange of experiences and good practices among the agencies responsible for these matters; education and culture cooperation.”

They also agreed to update existing agreements between them in agriculture, mining, and outer space.

In addition to expanding their avenues of preferential trade, the two countries aim to facilitate greater people connectivity between themselves. 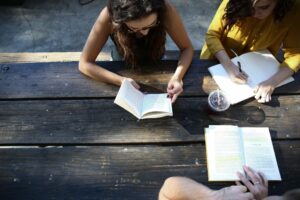 In addition to expanding their avenues of preferential trade, the two countries aim to facilitate greater people connectivity between themselves.

Chile has now agreed to exempt Indian citizens that hold US visas from requirements to obtain tourist visas.

With an increased appetite for preferential trade, India and China have primed their foreign policies to offer further advantages to businesses operating between them.

Though it’s not yet clear how these two countries plan to promote further cooperation in the economic areas outlined in the Joint Statement, it’s expected that further trade advantages such as tariff reductions or eliminations are on the way for those highlighted areas.

Businesses should also be taking a look at new opportunities for trade between these two regional players, such as increasing Chile’s exports of its renowned wine, and other food and beverage goods. Both countries are famed regionally for their uptake of technological innovation such as fintech, and could find ways to mutually nurture their startup environments to bring new tech enterprises ashore. 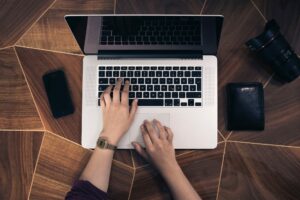 Both countries are famed regionally for their uptake of technological innovation, and could find ways to mutually nurture their startup environments to welcome new tech enterprises ashore.

Chile’s commitment to improving access for Indian travelers to the country will also enable people to arrange and carry out business travel arrangements much easier. Students and other academically-motivated individuals holding US visas will now also be more freely able to travel to Chile.

Though Chile and India have responded somewhat differently to China’s 21st century Silk Road project, the ‘Belt and Road Initiative,’ the two are considering the part their respective countries will play in connecting Asia with Latin America.

At present, Chile – who, like India, was the first Latin American country China connected with bilaterally – has agreed to support China’s project to build an underwater fiber-optic cable connecting Chile to China.

Though India expresses some sensitivities to China’s ambitious plan, the government has in principle made some agreements to cooperate with it. With both Chile and India linked through this all-inclusive initiative, the two countries stand to benefit from further-increased trade channels (such as those with China and other regional powers) and connectivity between their respective regions.

India isn’t the only country reaching out to Chile and other high-performing Latin American economies; as mentioned above, Chile is also in China’s sights. The country maintains a number of fruitful trade relationships with key partners, including Australia, and is a signatory of the CPTPP.

Under the latter agreement, Chile expects its companies to gain access to “more than three thousand opportunities for Chilean products in the agricultural, forestry, fisheries, dairy and meat sectors,” through connecting with major markets for these products such as Japan, Vietnam and Canada.

With trade deals such as the CPTPP in place, Chile positions itself as the ideal springboard for foreign investors and businesses into Latin America, but also other key trade partners.

Talk to us about your expansion options

Whether you’re interested in exporting your goods to Chile, or formally entering the market to serve the local or regional market, we can help.

To achieve your expansion goals, you’ll need to understand and comply with Chile’s trading and company incorporation regulations.

At Biz Latin Hub, our Chile team are ready to support your market entry into this thriving economy. We provide a full range of top-quality commercial, legal, accounting and other back-office services to ensure your move runs as smoothly as possible and without undue delay.

Get in touch with us today at [email protected] for a personalized quote.