Coffee in Australia is big business. Some say that wherever coffee is found, Australians cannot be far away. However, there is no documentation about coffee consumption of indigenous Australians before the colonization. Moreover, the British initially brought tea with them, not coffee, when settling in Australian colonies in the late eighteenth century.

Australian espresso culture developed from cafés owned by Greek and Italian migrants, starting slowly from the post-war immigration boom in the 1950s and 1960s, to the great nationwide obsession, that is part of the cultural identity in Australia today. 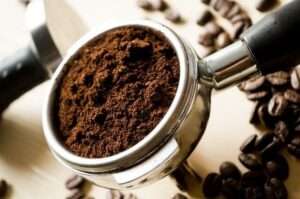 The Australian coffee market is among the biggest in the world, reaching a revenue greater than US$1.4 billion in 2017.

LATAM Exporters – The facts and figures on Australia’s coffee

In terms of coffee production, Australia is not one of the leading producer countries. Nonetheless, the Australian coffee market is among the biggest in the world, reaching a revenue greater than US$1.4 billion in 2017.

In 2018, the total number of independent coffee shops in the country reached an astonishing 20,000 outlets. Of these shops, 95% of them are independently run stores, leaving little room for international chain cafes to enter the market. This means big opportunity and easier market entry for coffee growers and exporters. Larger chains typically already have an established supplier and supply chain, which contributes to barriers of entry to the market. Low interest in these chains in Australia makes way for independent and smaller coffee companies.

Coffee culture in the city 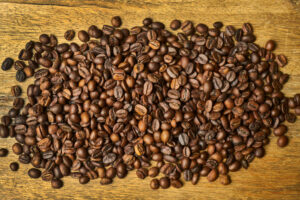 Demand for authentic coffee grounds – ones with a story and culture – is becoming the driving factor in coffee consumption.

Being a billion-dollar industry, it is no surprise that the biggest cities in Australia practically run on coffee. Cities like Melbourne and Sydney lead the country’s coffee consumption numbers. Over 40% of Australian adults living in Sydney reported buying fresh coffee grounds or other coffee products on a monthly basis. Moreover, both cities consistently found that over 60% of their populations visited cafes on a monthly basis. Ultimately, these statistics point to a captivated market for coffee producers, exporters, and cafes.

Moreover, the demand for high-quality coffee and its related ‘coffee culture’ is taking the country by storm. Demand for authentic coffee grounds – ones with a story and culture – is becoming the driving factor in coffee consumption. For this reason, and many others like taste and company culture, large chains like Starbucks have not been as successful in Australia. Deemed the ‘coffee capital’ of the country, Melbourne is home to one of the world’s most iconic coffee culture cities. Authenticity and quality make up the cream of the crop of coffee and cafes here, and locals and tourists alike live for it.

The difference between Melbourne and Sydney

In Melbourne, a wider coffee experience surrounds the act of merely drinking the beverage itself. Melbourne residents are more likely to sit down to drink their coffee in a café with friends or colleagues, rather than order a takeaway. Melbournians enjoy the social aspect of café culture; asking someone if they “want to grab a coffee” means more than stopping in for more than five minutes to wait for a takeaway.

Sydney is a much more business-orientated city, moving at a faster pace than Melbourne. Coffee is just one way Sydney-siders get through their busy days. This isn’t necessarily a bad thing; it may very well be because of this reason that coffee is around 9% cheaper in Sydney. 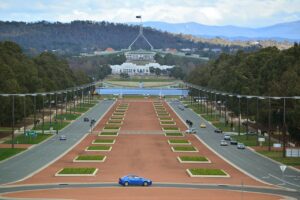 Canberra offers opportunities for coffee peddlers to gain a foothold, as its fledgling food and entertainment scene develops around its political hub.

Due to their consumption levels, it’s no surprise Australians are getting pickier about finding a good quality cup of Joe. In hip Melbourne, popular café culture increases the demand for new and varied products. Additionally, convenience plays a key part in coffee consumption for bustling Sydney businesspeople. Canberra offers opportunities for coffee peddlers to gain a foothold, as its fledgling food and entertainment scene develops around its political hub.

The biggest Latin American coffee exporters to Australia are Colombia and Brazil. Both countries are known worldwide for their coffee quality and production scale. However, their share in the Australian coffee market could improve. This improvement could start with well-thought-out market penetration in Canberra. As Canberra builds its coffee ‘brand’, the quality of Colombian coffee could uncover a profitable market.

Moreover, since Brazil exports to roughly one-third of the entire world, Brazilian companies would do good to expand their share in Australia. Having a very reliable product combined with the vast experience could work very well in cities like Melbourne. Since the city has the most residents actually drinking coffee, it is only natural the biggest exporter in the world uses this to its advantage.

Lately, coffee culture in Australia has seen a rise in another section of the market. Australians and New Zealanders are moving into high-quality coffee strata – sustainable coffee farming, single-origin product and fair trade models for farmers have become quite popular in the coffee hubs. This is following the worldwide trend of eco-friendly consuming.

Moreover, the awareness in regards to sustainable production offers opportunities for Latin American coffee businesses. In cities like Melbourne and Canberra (and specifically their suburbs) the demand for ‘green coffee’ is a possibility for profitability.

Team up with a local partner

As Australia strengthens its connections to Latin America, different trade opportunities emerge in the region. One of these opportunities could see your business profiting from Australia’s coffee culture. A promising future lies ahead for Australia and its budding partnerships with LatAm countries such as Colombia and Brazil.

Biz Latin Hub offers a wealth of back-office services to help you with expanding to Australia. Whether you’re from Australia or another part of the world, we can provide you with local know-how, guidance and support to ensure long-term success for your business. Get in touch today here to find out more.